For most of his 49 years, Keith Kautzman had a pattern of behavior: Whenever difficulty or conflict or trouble seemed imminent, RUN and don’t look back.

Part of coming to the Union Gospel Mission, he said, was a desire to quit running. As it turned out, that resolve was put to the test in a big way. 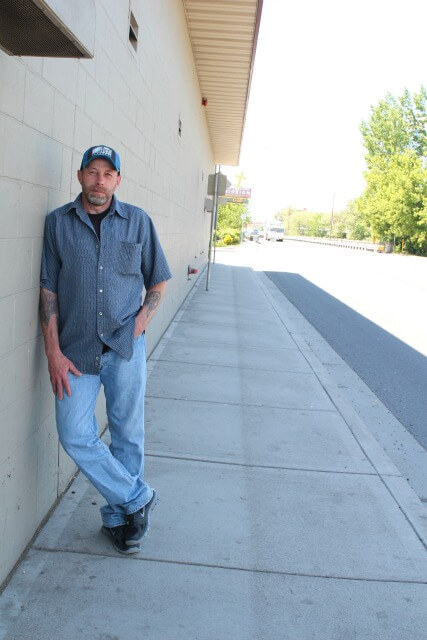 Keith was nearing the end of UGM LIFE Recovery when he started the process of getting his driver’s license back.

Step One: Get a new ID

“In order for me to get my ID because it had been so long, I had to re-establish my identity…I went in with my birth certificate, my yearbook and a printout from the Department of Corrections.”

Just getting his hands on those items was a mini-miracle, Keith said. He had left them behind in his old place of residence in Thornton, Washington. His roommate had since lost the property, “but for some reason, he ended up grabbing that yearbook and my birth certificate. He knew it was important to me,” but he had no idea where Keith was.

Then, one day, Keith was walking across the road in front of the UGM Men’s Shelter when who should he see but his old roommate. “Why? I don’t know. I never asked him why he was just driving by.” But a couple days later he dropped off the yearbook and the birth certificate.

“So that was just amazing how that played out…I thought I was going to have to get my birth certificate again, which was a pretty major process to begin with because I was born in Minneapolis, Minnesota, so you have to go online and go through this lengthy process, and there’s a charge.”

“So I got the ID, and things were looking good. I was feeling really good about the way things were going. So immediately, I went down, I’m going to get my license back, you know.”

The staff person at the licensing office, however, came back with some bad news: “Well, we can’t help you because you have these charges in Lincoln County.” What charges? Keith was totally unaware of any charges. “She didn’t really tell me what they were at the time. She just said, there’s a warrant, and I’m like, ‘Oh great!’

“There was a part of me that just wanted to say the heck with it and take off, but I pretty much put that to rest right away because that’s what I came here for – to quit running.”

Instead, Keith contacted Lincoln County and set up a court date. Keith said he sees another of those mini-miracles in the fact that the warrant was issued the day before he went to the re-licensing office. Otherwise, he might not have found out about it right away.

Keith said another thing that’s been totally different about his life since coming to the Mission is having support. When it came time to go to court, Keith didn’t have to go alone. His counselor, Dave Edwards, went with him. 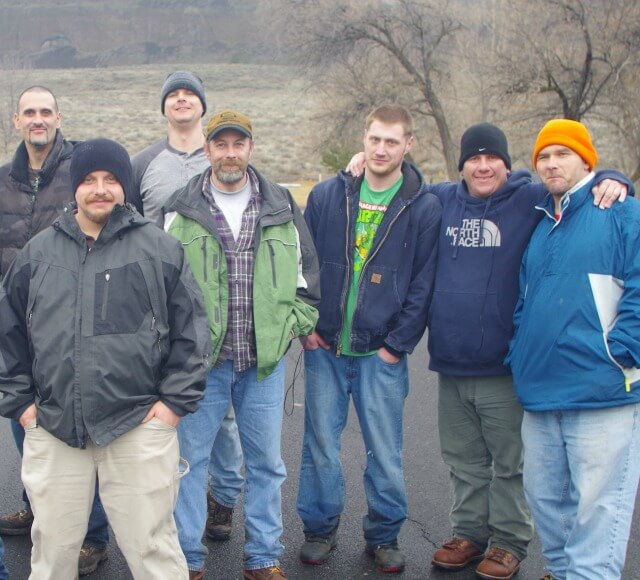 One of the scariest parts this time was the uncertainty. “I still didn’t know what all the charges were.”

Hearing them read in court was devastating: “Burglary, theft, malicious mischief, criminal conspiracy, theft of a motor vehicle…There were nine of them altogether.

“Dave was with me, and he said he felt like just getting up and running himself. It made him sick to his stomach, and he was like…patted me on the back and said, ‘Man, that took a lot of courage just to sit there and take that and listen to that.’”

It wasn’t easy. “I had so much anxiety. I mean it was affecting me – my sleep, my eating…I wasn’t as focused on my work in the program. It was affecting me all over the place, but I guess to my credit, I stayed with it and continued to do the work. It was scary because there was so much uncertainty.”

Keith said his newfound relationship with God made a big difference.

“I knew I was innocent, and between me and God, He knew the truth.

“Before I came to the program, guilty or not, I would’ve just run. They would have had to come and track me down. This time, the only thing I knew I didn’t want to do – I didn’t want to turn and run. I was going to face it.”

Keith knew two things: He was not the man he used to be and he was not alone. “Just to have the support of the community. I mean, that is so huge, and to me, that’s a testimony of how powerful prayer is because I had a lot of people praying for me.”

Keith’s lawyer was not very encouraging, advising Keith to take a plea deal, but Keith thought, “If I’m not guilty, why should I take a deal?”

In the end, after two months of waiting and living with uncertainty, all the charges were dismissed. Keith thinks a number of factors went into the dismissal: For starters, of the four people charged, he was the only one to show up in court; secondly, the woman who was implicating him changed her story multiple times and couldn’t be found for questioning.

“It’s hard to even describe…this huge, huge weight was lifted off my shoulders. It was incredible.”

Keith said he learned a lot about himself through the process. “I noticed that, at one point, I stopped talking about it, and I started pulling away from community and stuff, and that’s when I realized that I need to get up and keep addressing it. It doesn’t make the anxiety go away, but it reduces it a lot…just talking about it.” 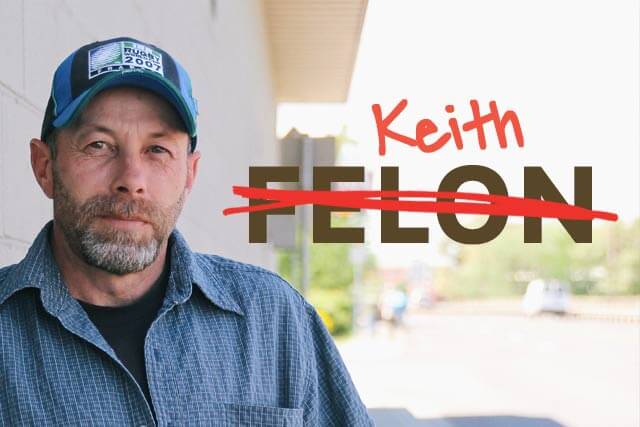 One of the core classes of Men’s LIFE Recovery is Authentic Manhood. In that class, “we talk about the central question in every man’s heart is do I have what it takes?

“After walking through this, I feel that I do have what it takes to make it. As long as I maintain the support and stay connected, I think I’ll be all right.”

For more stories about men and women in recovery, like Keith, sign up to get our newsletter.