To the heart...through the stomach

This year, we are blessed to have three cooks, whose creativity in the kitchen has led to some of the best food our campers have ever tasted. Norie is our kitchen manager, a candy company owner from Montana. She is joined in the kitchen by Cindy, a school district cook also from Montana, and Hannah Jo, a Spokane high school senior, who lends her talents by baking cookies, pizza and other goodies. Each week, a few additional kitchen helpers from the partner church assist with food prep. 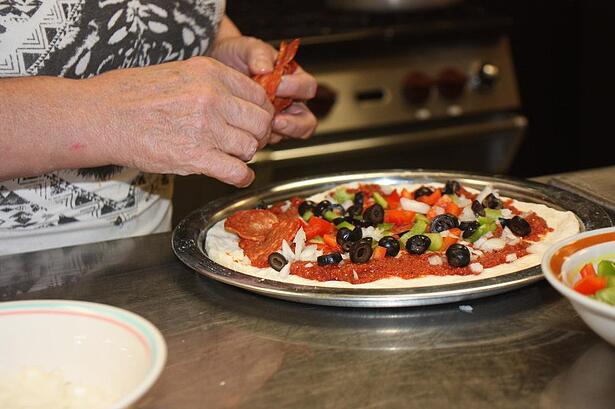 Every week, the cooks prepare meals for somewhere between 100 and 120 campers and staff, logging over 4,000 meals in the first four weeks of camp alone. Kitchen days are long, usually around 12-hour stretches in a very hot kitchen. While the menu is very similar each week, there is some flexibility to allow the use of donations like a sudden influx of mangos or corn on the cob. 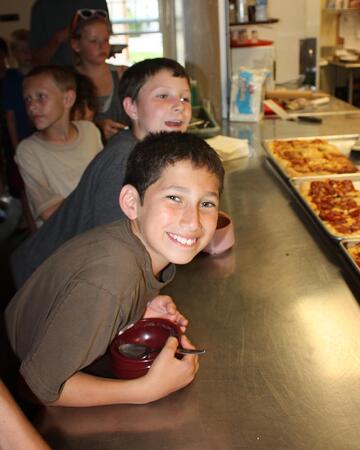 Budgets are always tight at camp. We rely on donations to keep the doors open, and this year is no exception. UGM Camp has been MIGHTILY blessed by Sodexo, the company which runs Gonzaga University’s food services.

Locally, Sodexo’s Feeding Our Future® program works in partnership with Sysco and other community partners to ensure Spokane-area children have access to free nutritious meals when school is not in session. Feeding Our Future® began providing meals to Spokane youth this summer. Locally, the program will serve 20,000 free meals by the end of the summer. In addition to Spokane, the program operates in 22 other U.S. cities. Nationally, the program will serve its 4 millionth meal this summer.

Dan Harris, Sodexo Dining Director at Gonzaga University, volunteers to help with the Spokane Feeding Our Future program, which feeds underprivilged kids at UGM Camp each week.Sodexo’s generosity has totaled thousands of dollars of quality groceries, stretching our small food budget and enabling our cooks to put incredible meals in front of campers every week. Between Sodexo and other food donations to UGM, we are spending an average of just $300 per week on groceries to feed 120 people three meals a day.  We routinely hear comments about our restaurant quality food, and the kitchen rarely has leftovers!

Fresh and from scratch

Norie, Cindy and Hannah Jo work hard to prepare food that is both fresh and from scratch. Rather than haul out loads of pre-made pizza crusts and dinner rolls, they make rolls and pizza crust from scratch. The campers can taste the difference, and they love it. A week ago, after eating spaghetti with homemade rosemary dinner rolls, the cooks heard one girl say, “This is the best meal I have ever eaten!” The compliments don’t get any better than that.

This summer is Hannah Jo’s second in the kitchen. She knew the hours required, the endless run of things to do, and still came back. 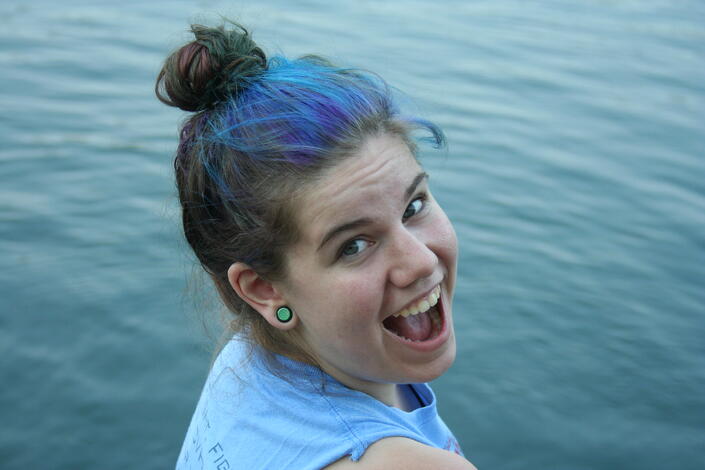 “I’m the baker at UGM Camp. My job consists of dirty aprons and my hair up in a ponytail ten hours a day, 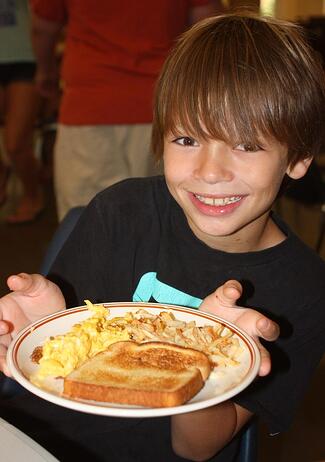 always on my feet. Most people would look at me and ask why I do this. My response would be that I do this for the reaction I get. These kids are finally getting three good, healthy meals a day. They are getting their first birthday cakes, their first homemade meal.”

What do the kids say about the meals at UGM Camp? “I hear that it’s good, that we’re doing a good job and that it doesn’t taste like camp food,” says Hannah Jo.

The old adage that the way to a person’s heart is through their stomach has some truth to it. Whether it’s a fresh plum cobbler, pancakes with blueberries, or turkey with garlic mashed potatoes and gravy, this summer at UGM Camp, the cooks are reaching many hearts through quality meals cooked with love.

We've still got several weeks of camp left. It's not too late to give a child a potentially life-changing experience. Just click on the link below.

Breaking Bread at UGM
Recovery in the Kitchen
Food Partners: A Win-Win Relationship
Setting God's Table at a Homeless Shelter
Feeding the Hungry, Body and Soul