Siblings Caden and Teryn, 11 and 9, had never been to summer camp before they went to UGM Camp last summer – free of charge.

“We wanted to send them, but we didn’t have the resources,” says their mom, Lori. “It’s just wonderful. They get a chance to do this even if the family’s not necessarily able to.”

Thanks to our UGM Camp sponsors and volunteers, each summer hundreds of children from low-income local neighborhoods get an unforgettable week of enjoying nature, building friendships, and hearing about Jesus’ love for them.

For kids from city neighborhoods, just being surrounded by trees, the river – and wildlife – can be a new and growing experience. 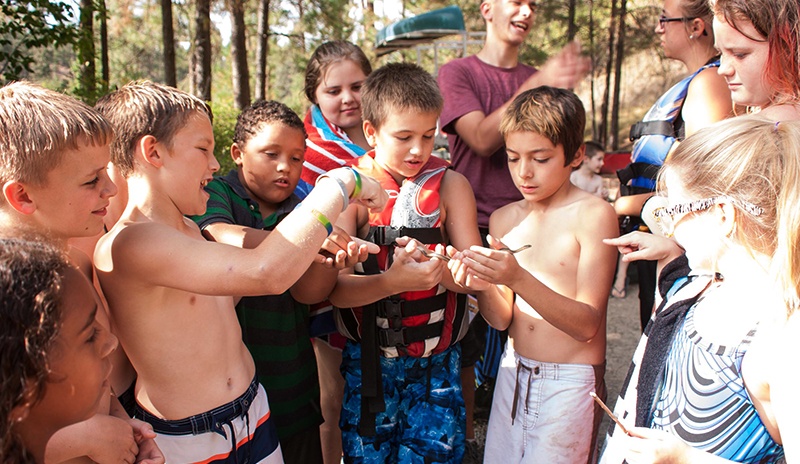 Caden is an indoor kid, usually caught up with books and computers. “It was important for him to unplug and get away,” Lori says.

One of his first nights at camp, Caden and his cabin mates were trying to sleep when they heard a strange clicking noise. They turned on the lights and saw a great big June bug on the floor. The boys bonded in disgust and wonder as they examined the creepy creature. They ended up finding June bugs all week, including one crawling on a friend who had fallen asleep. 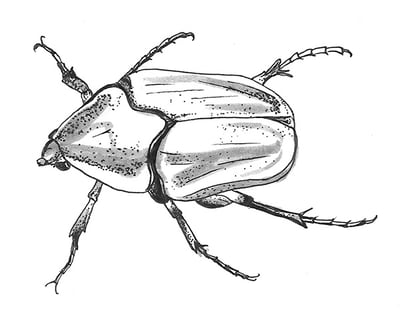 “When I got home, we brought our sleeping bags and I really didn’t want to use the sleeping bag a little bit after that because I was afraid there were going to be June bugs in it, a whole bunch of them,” he says with a laugh.

With a little shiver up their spines, Caden and his cabin mates got to see new wonders of the natural world by getting away from the city and technology for a while.

What did Teryn take away from camp? “I had a sunburn right there,” she says, pointing to the top of her head.

Her mom says Teryn also raved about her awesome counselors when she got home.

That’s what UGM Camp is really all about: relationships. Our local church partners volunteer to conduct camp activities, with the goal of building connections with campers and their families that last longer than that week at camp. 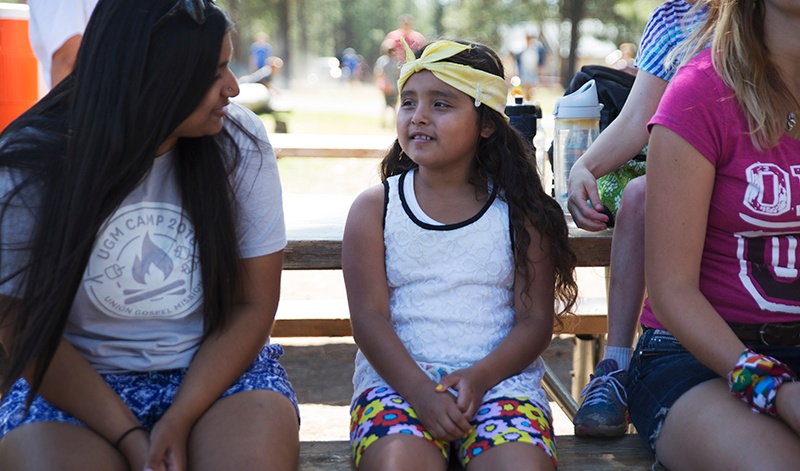 In fact, Teryn and Caden’s family started attending Liferoads, the church that led their week at camp. Teryn couldn’t wait to see her counselors again, and her parents appreciated how their children were welcomed and loved at camp.

“It made us all more open to new things,” Lori says. “We just kind of stay at home a lot … But just doing youth group and coming to church and meeting new people and over social media, expanded our church family.” 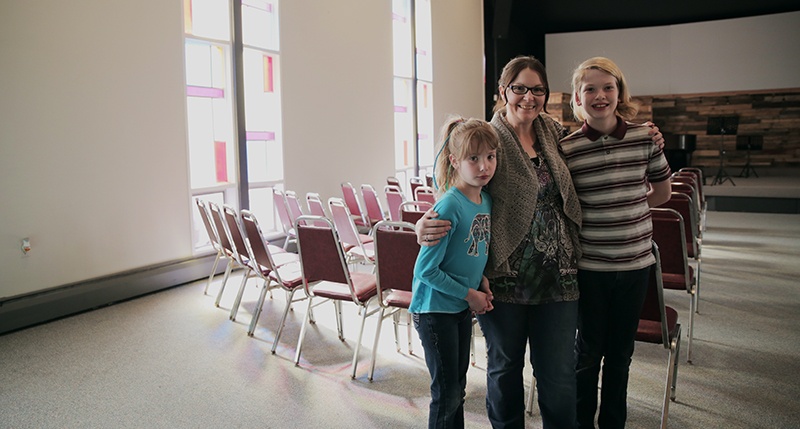 Teryn came home from camp wanting to know Jesus better and kept on reading her Bible. When Liferoads held a baptism ceremony after camp was over, she stepped forward unexpectedly during the service to say she wanted to be baptized. 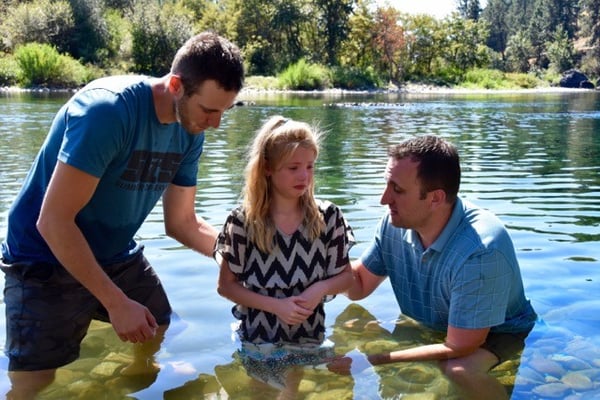 “That was just a great moment,” Lori says.

Caden also benefited from the emphasis UGM Camp places on the Gospel.

“For him, it was an experience to actually go outside of a book and just hear about faith,” Lori says. Caden had previously sat down with a King James Bible and a dictionary and tried to figure out the meaning of some of the stories. Understandably, he struggled and gave up.  Going to camp helped him re-engage with the Bible and with God.

“I think it’s just helped clear some things up, things that I wasn’t able to clear up for him,” his mom says. 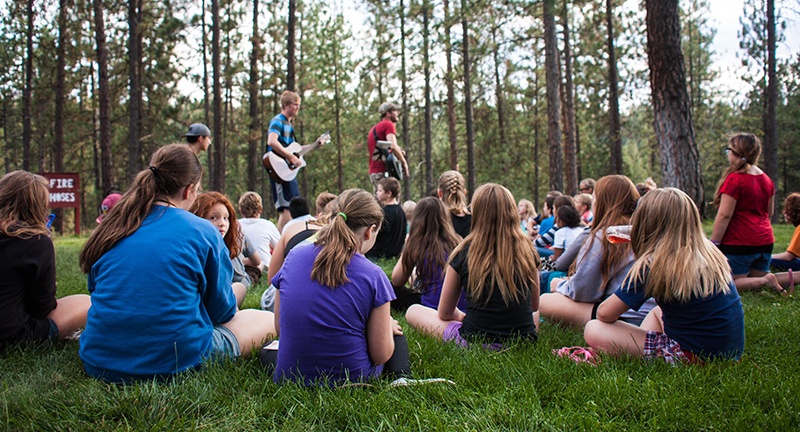 Caden and Teryn are excited about coming back to camp this year – and bringing their friends. Thanks to Liferoads, our camp volunteer team and the sponsors who pay for camp expenses, it promises to be an even better summer this time around!

You can give children a treasure nobody can take away by sending them to UGM Camp for only $99!