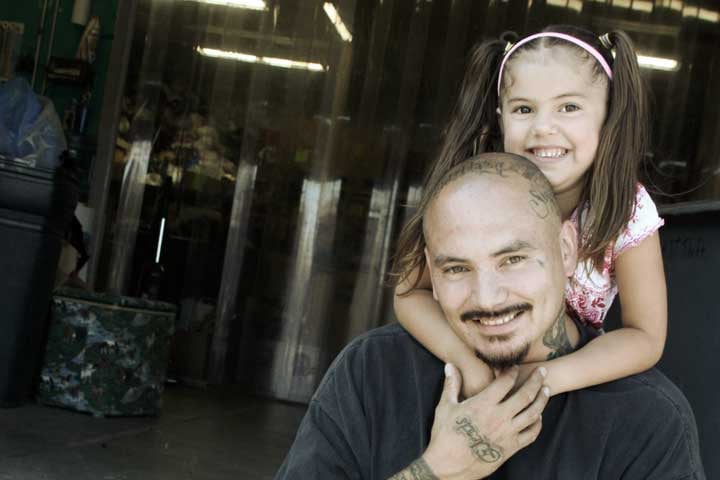 The tattoos tell a story – a story of violence, of a desire to belong, to be recognized and to be feared. But the man – his demeanor, his words, his behavior – tells a different story.
Zachariah is a follower of Christ now, a new man with a tenacious desire to be a good father to Elexis, age 5. The old Zachariah is gone, but the external signs remain.

“My personality and the way I look conflict big time.”
Zachariah needed someone to see past his tough exterior to his heart. Zachariah needed a second chance. He found both at the UGM Thrift Store where he now works in production.

After a mystery trip with Rockwood Retirement Community brought them to the Union Gospel Mission, Lynn and Martha Jackson decided they wanted to support the ministry. “I’ve seen people on the streets,” Martha said, “and I don’t think that’s where they should be.” The next time they cleaned out their closets, they called the Mission for a pick-up, and they’ve been calling periodically ever since. “It’s not much,” Martha said.
Well, Martha, this newsletter is for you and Lynn and everyone else who donates clothing, furniture and household items to the Union Gospel Mission. Look what you’ve made possible. 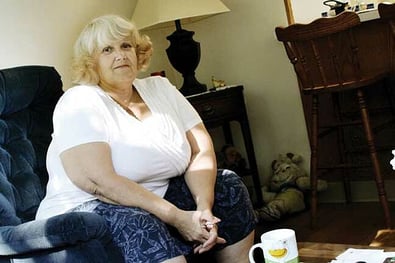 Marilyn fled an abusive relationship in the middle of the night. She left everything behind. After two years in Women’s Recovery at Anna Ogden Hall, she was ready to start over, but she had nothing with which to create a home of her own. “I didn’t want to worry and stress out about how I was going to decorate my apartment,” she said. Using credit she had earned at the UGM Thrift Store, Marilyn was able to purchase an entire living room – couch, chair, coffee table and entertainment center. “I have a home and a purpose for living.” 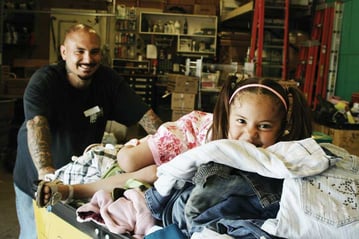 Zachariah became a Christian before his last stint in prison. He went to school to become a welder but couldn’t find a job when he finished. Desperation led to despair, and he relapsed into his old lifestyle. When he got out of prison last December, Zachariah came to the Mission. He started working at the UGM Thrift Store for his daily chore. The manager, impressed by his work ethic and servant’s heart, hired him full-time. “I love it here,” Zachariah said. I love to serve. The people here are awesome. Never in my life have I had support like I do now.” 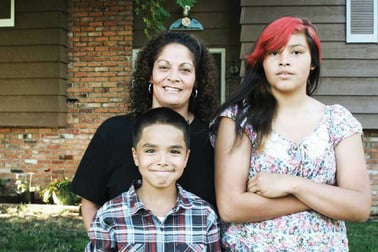 Irene wasted seven years of her life in depression, drugs and alcohol. “I’ve done it all,” she said, “but meth took me to the lowest level of my life.” After five months in jail, she decided she wanted to turn her life around, to provide a better life for her son, Ryan, and herself, but she hadn’t worked in years, had never held a job for any length of time. She came to the UGM Thrift Store, got an application and took her time filling it out. “I was just honest about my past. I put it down on paper, prayed over it and brought it into Adela (the store manager).” Irene was hired – five years ago. Since that time, her niece and nephew, Cheyenne and Moises, have come to live with her. “I’ve been able to provide a home, stability…I remember the first time I got my paycheck, and it said ‘Union Gospel Mission.’ I was in the drive-line at the bank, and I just started bawling because I knew that God had chosen me to be a part of this ministry. That was pretty awesome.” 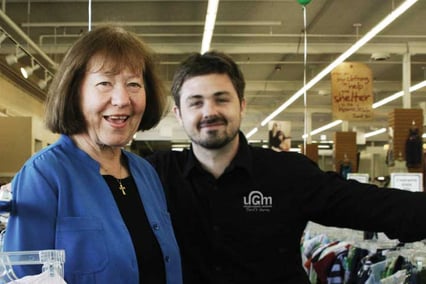 Since her divorce, Linda, 65, lives alone on a limited income. She gets her food at the Grocery Outlet and relies on the UGM Thrift Store for clothes and household items. “I don’t need to run around to other thrift stores looking for bargains. I like it here. The people – they’re like friends to me. I feel welcome.” Linda also values the opportunity to help others. One day, she found all kinds of nice women’s clothes in the 25-cent section of the store. She spent less than $10, bought a bunch of items and donated them to the women at Christ Kitchen. The women were blessed. The Mission was blessed. Linda was blessed.

Click here to see all articles for the September 2012 issue.