Christianity and the Debate about Homelessness

With homelessness front and center in the public forum of late, Christians have a strong contribution to make. We believe in some radically counter-culture ideas, and make no mistake, those ideas and the Person behind them have power. The challenge is to hold to God’s truth – all of it – to saturate ourselves in it, look at its implications and allow our outlook and behavior to be changed by it. That takes daily diligence.

Let’s consider two biblical ideas that are sometimes used as weapons by opposite sides of this debate.

#1: I am not better than a person experiencing homelessness.

Perhaps that statement seems easy to accept at face value, but let’s expand it a little bit. What if, by chance, the homeless person became homeless because of his or her bad choices or a string of bad choices? Do those bad choices then make them “less than”?

My only claim to the life I live is one of grace – while I was still a sinner (at war with God) he loved me and gave his life to save me.

“You will never look into the eyes of someone God does not love.” – Anonymous

“Amazing Grace, how sweet the sound that saved a wretch like me.” – John Newton

The basic premise of Christianity is that we are ALL broken, sinful human beings, but that God loved us anyway. He loved us while we hated him. 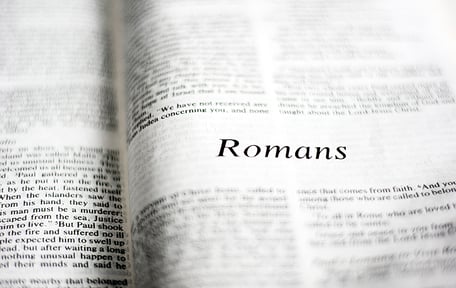 “There is no one righteous, not even one;

there is no one who understands;

there is no one who seeks God.

All have turned away,

they have together become worthless;

there is no one who does good,

Lately, a great deal has been made of the fact that alcohol and drug abuse are serious problems among people on the streets – an assertion with which UGM would not disagree. The important point, however, is the next one: What do you do with that information? Does a person’s addiction make him any less worthy of love and respect and being treated with dignity? Does a person’s behavior of any kind make her less worthy?

Unfortunately, we Christians sometimes forget that we have gotten to where we are by God’s grace alone. While we may have narrowly escaped the burning building with singed eyelashes, still smelling of smoke, we seem to want to close the door behind us and congratulate ourselves for making it out or set a high threshold for others to meet.

If you doubt this, peruse social media for a bit. I don’t mean the ungodly world’s social media, but your friends’ Facebook and Twitter accounts. Are the posts characterized by compassion and grace? Are yours? Are mine?

#2: Consequences are often a mercy.

Choices have consequences, and bad choices often have bad consequences that lead to suffering. Again and again, however, we here at UGM have seen those consequences (which look very much like pain and suffering) turn someone’s life in a new direction.

Rich Hanson, a decades-long alcoholic who recently completed UGM LIFE Recovery, says that ending up with no place else to go caused him to come to UGM. “I was very self-centered. God placed me next to a dumpster approximately 24 hours before checking in here, and got a hold of my heart.” 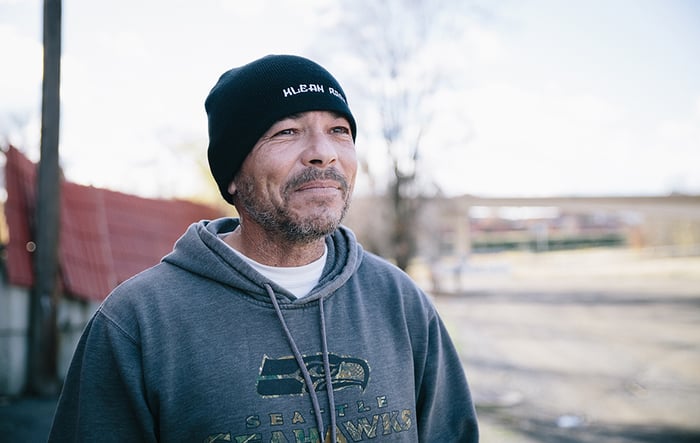 At 34 years of age, Tyson West (now the executive director of Spokane Adult and Teen Challenge) went to jail. He had been living in addiction on the streets of Spokane for years. The only thing he could find to read in jail was a Bible and, through his reading, he came to know Jesus. “I came to realize that when I was out chasing that high and that lifestyle, I was seeking all these things for fulfillment which actually were destroying my life…And so, when I was locked up, I was more free locked up learning about Jesus than I was out on the streets doing whatever I wanted.”

Samantha was in an abusive relationship where both she and the father of her children were coping with life by  drinking. When she got into a car under the influence and had her children taken away, she was shaken to her core and decided to seek help. “That was a pretty pivotal point for me, the pivotal point. I really believe God did that. ... I don't want to do it again; it was painful. But it was necessary and it has been the best thing that's ever happened to me. It changed my life.”

Rich’s, Tyson’s and Samantha’s stories are reflective of what we have seen repeated over and over: No one dreams of going to jail or coming to a homeless shelter, and yet, facing the consequences of one’s choices has often served as a life-saving mercy. If we attempt to mitigate all the negative consequences of a person’s choices, we may be working against God.

“God disciplines us for our good, in order that we may share in his holiness.” - Hebrews 12:10

“Blessed is the one whom God corrects; so do not despise the discipline of the Almighty. For he wounds, but he also binds up; he injures, but his hands also heal.” - Job 5:17

As Christians, we are called to speak God’s truth with love. We have something to contribute to the debate about homelessness in Spokane. The points above are a starting place. Don't accept that it must be one over the other. Hold the two paradoxical ideas in tension with each other.

At the same time, we must be sensitive to the Holy Spirit’s voice. For instance, none of us experiences the consequences of all of our negative thoughts and behaviors. Whoa, imagine if we did. My own pride and jealousy would certainly have destroyed my life by now. So, when we’re suggesting people be left to experience the negative effects of their choices, we need to ask ourselves if our major concern is their welfare or our skewed sense of justice?

Remember what Jesus said were the two greatest commandments: Love God and love your neighbor. Love should be our overriding motivation.

Every person - the housed and the unhoused, the addict and the sober person - is created in the image of God with immeasurable beauty and worth. Forgiveness is real and has the power to transform us. Facing our brokenness is the starting point to change, and sometimes God uses pain and suffering to bring us to that starting point.

Offer effective compassion to someone on the street. Speak to them. Look them in the eye and direct them to the available resources.