From Anger to Depression to Attempted Suicide

“My whole life, I was super angry, and I used to always think everybody would be better off without me.”

After leaving the UGM Center for Women & Children a third time, Kristi Sales sat on a curbside contemplating suicide. She even called her mother to say goodbye. But despite her attempt to overdose on medication, she woke up later that night in the hospital.

“That night I just looked up, and I said, ‘Okay God, You win. Whatever you have planned for me let’s just go do it.’”

Kristi entered UGM Recovery in May 2013, but she left three times before relinquishing control to God and resolving to fight her depression and addiction and change her life.

For Kristi, depression set in at an early age and expressed itself in anger and frustration.

“I could have so many people around, but still [feel] lonely. I felt like I was always by myself…Instead of dealing with the depression, I’d go straight to anger.”

For a long time, anger was Kristi’s way of coping with depression, and as she got older, she also dealt with her feelings using drugs and alcohol. For her, they provided an escape from insecurity and sadness, but they resulted in a long struggle with addiction.

Depression and suicide are common themes in the stories of individuals who enter UGM shelters. Feelings of despair lead to drug or alcohol abuse which often lead to deeper despair, creating an ever-tightening cycle of self-destruction.

The break in that cycle for Kristi came when she realized how her addiction was affecting her son, Jackson.

“I didn’t want to be like that anymore. I just wanted to be done. I was seeing what it was doing to his life. I wanted to change, and so, I came here.”

Although she left the Center three times before buckling down, Kristi’s life is different now, and she is moving toward healing.

“[I’m] learning not to run from my problems and [instead] face them and deal with them. You don’t go anywhere when you run from them, and they’ll always be there until you face them.”

Kristi is no longer trying to escape.

“There are days where I still feel depressed, but I’m really honest about my feelings. I go to counseling. I talk to my friends…A very bad day sober, I would not change for a really good day of being high.”

Kristi lives a life with hope now. Hopeful for her relationships and for the future—even the difficult times. 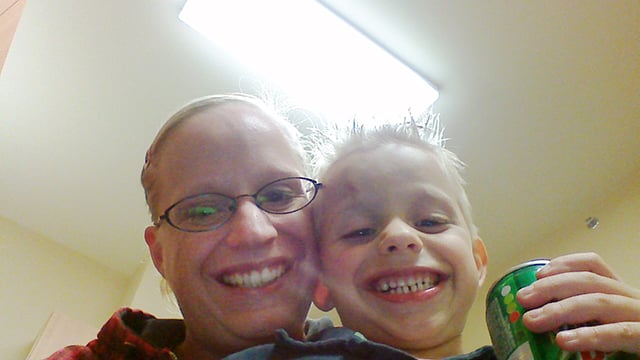 Kristi’s life has been filled with misdirected anger and low self-worth, but now she is healing—learning her immense value and confronting her problems head on.

Jessie: Hatred Fueled by Trauma & Neglect
We Need Each Other: The Cure for Loneliness
Recovery: Facing Anger at God