From Crisis to Creativity: How the Pandemic Has Impacted the Future of UGM Youth Outreach

In many ways, understanding the present, let alone planning for the future, has felt impossible this year. If we’re honest, 2020 has presented us all with a series of opportunities to practice blind faith in the unchanged goodness of God. UGM Youth Outreach Director Ryan Brown and his young team have proven to be a prime example of that faith, demonstrating how to move forward in ministry, even when nothing but the single next step makes any sense.

We asked Ryan exactly how the ever-changing social and health regulations affected him and his team this summer.

“I've got to be honest, there were multiple points along the way that I thought we just had to cut and run. Multiple. But God just kept saying, ‘Stick with it one more day. One more day. Just one more day.’ And we did, and then it started to snowball into something. And it was amazing.”

approached his team with an open mind.

“I got our interns together and we began to collaborate online and think of ways to get back to serving the kids that we normally serve at the Impact Center. We thought, ‘They're probably needing food and just some face-to-face, whatever that looks like.’ So, we began developing a food box system to start delivering to them three times a week, serving probably over 100 meals a week, just going to their houses—obviously being safe—and then doing Zoom calls with them three days a week, similar to what we would do at the Center. So, during the stay-home order, we were actually able to feed more families than we were when we were open. And we weren’t just feeding the kids, we were feeding entire families. It gave us an engagement that normally wouldn't be there. In the same way, the Zoom meetings put our interns into homes, virtually, so they could hear what was going on in the background. That was a really interesting time; it was revealing for our interns to see what these kids’ lives were like at home.”

Similarly, UGM’s juvenile detention ministry had to change. Ryan and team created video messages for the guards who facilitate external contact to show the kids.

During this time, as regulations continued to change and every aspect of youth ministry was shifting, camp

Ryan dove into summer staff interviews, praying that God would develop a team of young adults who were each mature enough in their faith to live with a lot of unknowns. His highest hopes were quickly blown out of the water when the new team was assembled and started to face this summer’s challenges.

“In 25 years, [this is] one of the most optimistic, creative and flexible teams I've

ever worked with. They just have the best attitude and the best passion. Even in disappointment, even when our camp was shut down the day we arrived.”

It’s true: With summer’s changing regulations, came repeated disappointments. One day, the team would be told one thing, and the next something else. For a time, local restrictions remained unclear up until the day of scheduled events. Ultimately, every overnight opportunity was shut down for UGM Camps, and the only option remaining was to host small, inner-city camp days at churches and parks.

So, UGM Camps officially came into the city to meet the people at their local parks and churches.

“That was a super big deal,” Ryan says. “Some of the parents even showed up and that's not something we normally would see at Camp. I was just having a conversation today: One of our young leaders that randomly was sitting there playing with some kids, the mom came over and she had a chance to witness to her. My staff member said, ‘I never would have got that chance if we’d been at Camp.’ She was extremely touched by that. It actually affected her as deeply as it probably affected the mom.

“See this is the other side of ministry,” Ryan continues. “You're passionate about those you're reaching, but when we take a step back, we realize, no, we're a part of being ministered to by God. And really for me, seeing that come alive in young adults is one of the most invigorating things for me. When I see somebody that we've given them the opportunity to touch the lives of the most marginalized people—and something comes alive in them like, ‘I've never experienced this before’—and all of a sudden, they start thinking differently about their future, their life and this call of God.

“I follow up with the staff regularly. You know with, ‘How are you adapting to this? It's not what you expected.’ And it's not what they expected, but their attitude is just, ‘But we would have never seen these kids. We would never have seen this little 5-year-old girl here, and now we're seeing them.’ So, it's different. The magnitude is smaller, but the depth of it is deeper than we could have gone at Camp, because this is a direct connection. And it’s at home.”

This summer has excited Ryan for the future of UGM Youth Outreach more than any summer before. 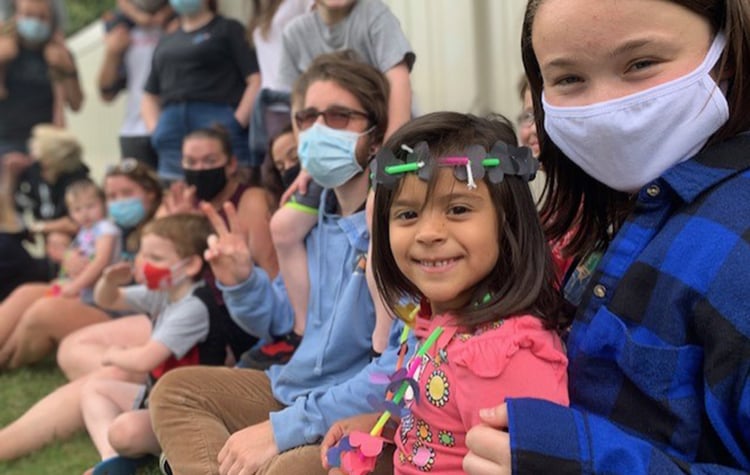 “I'm 55,” he says, “and I probably only have another 10 or 15 years in the ministry left in me. So, to know that there is a bridge being built for the next generation to take the reins—because we have to ask ourselves, if everybody over 30 disappeared tomorrow, where would our organization be? If we can't begin to answer that question now, we're certainly not going to answer it later. And I believe that young adults deserve the opportunity now to take the reins, not just when we're done with it, but today, to really experience leadership. I'm not handing over the keys when I'm done, I'm hopping in the passenger's seat and—as scary as it is sometimes—letting them drive now. That invigorates me every single day.  And every time I get to see a young adult just like, ‘Wow, I didn't know I had this in me,’ or, ‘I didn't know God was calling me to this,’ or, ‘I didn't know what this felt like,’ I just really am assured that we are going to be in really good hands.” 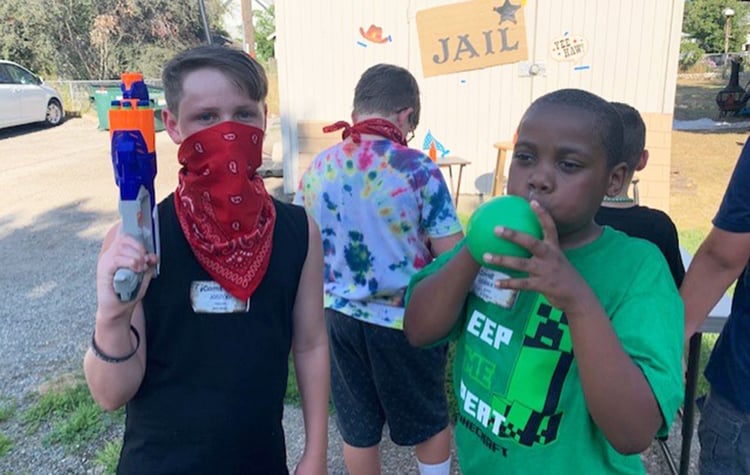 Looking back over the summer months, Ryan says, “It shook our world. We can get very complacent in how we do things, you know? It becomes, we're running a program, we're doing this, this is what we do at this time of the year. And to have that stop and have to really ask, ‘What if we couldn't do anything that way?’ It gave us a wake-up call to say God will be God no matter what, as long as we are willing to follow him in that and through that.

Today, as the fall season quickly approaches and most restrictions still have not lifted, Ryan looks on the future with hope.

“I’m looking forward to the school year. Over the summer, we reached more kids and were far more effective than I thought we were going to be, just because we went to the highways and the bi-ways. We found opportunities that we normally wouldn't have had. So, the fact that kids won't be in school but will still need a place to do their homework... I'm interested to see what creative partnerships we’ll get to create with schools.

“I just feel this really strong presence from the Lord saying things are going to be different, and in some ways better.”

And, hey, it’s already time to select a new team of interns! Ryan is looking for 10-12 young adults who want to go on this very unknown journey. “This fall, every month, every week that goes by, we're going to adapt and get creative. We're not going to break any rules, but we're not going to let the changes and the expectations hinder the ability to touch kids' lives and reach them with the Gospel.”

If you’re interested in the Impact Ministry Internship, click the link below and tell us a little about YOU! 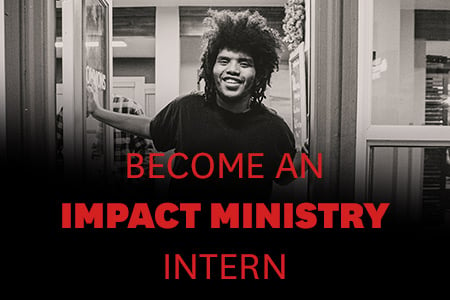