I was invited to a homeless party.

I am SOOO not a party girl. My idea of a great time is a hot bath with a detective mystery. Introvert extraordinaire. Serious to a fault. That's me.

But I think Jesus was actually a bit of a party guy. His first miracle was at a wedding. He is often described as sharing a meal with friends and reclining at table. His detractors accused him of being a glutton and a drunkard.

In his stories, when the coin is found and the wayward brother comes home, the natural response is to throw a party.

Heaven is likened to a great banquet, and when the original guests make all kinds of excuses about why they can't come, Jesus throws open the gates to "the poor, the blind, the crippled and the lame." 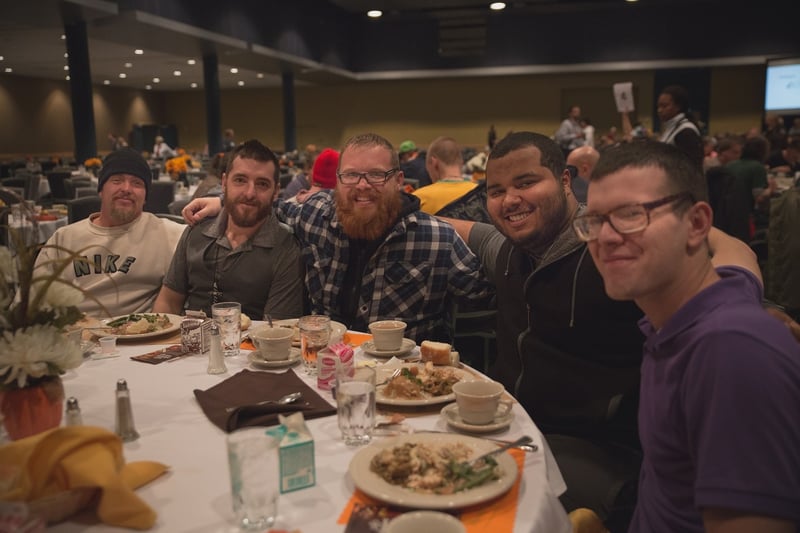 This post is about how Jesus invited me - Miss Goody Two Shoes, old party pooper me - to the party of a lifetime.

I identify with all the wrong characters in Jesus’ parables.

I know I'm supposed to be happy for the lost one - afterall, the angels are rejoicing - but usually, I'm thinking, What about me? Here I am, being good, just like always, and no one's even noticing, much less throwing a party.

Which brings me to Rembrandt.

I read a book a few years ago, The Return of the Prodigal Son: a Story of Homecoming by Henri Nouwen, which introduced me to this painting for the first time. Not the type of painting I would normally be drawn to, honestly. It's dark and old and historic-looking. I'm a much bigger fan of Van Gogh - bold color and light and post-impressionistic emotion - but through reading Nouwen's book, I've not only come to love this painting; I've come to see myself in the story.

At the beginning of my freshman year of college, I flew from Lincoln, Nebraska, where I grew up, to Santa Barbara, California to the small Christian liberal arts college my mom and I had chosen sight unseen. As it turns out, 1,330 miles is a safe distance for a small rebellion. At least for me it was.

I had always been the girl who didn't drink, didn't smoke, didn't dance and didn't date boys who did. In fact, I didn't date period. I didn't go to a single one of my high school dances. I did not have a social life. I worked and went to school, and that was it.

Miraculously, in college, boys started to show an interest in me, which threw me off a bit. I didn't always choose wisely. I dated a few of the wrong guys. I drank a bit. I neglected my studies, and at the end of the year, I realized I was probably wasting my parents' money, so I went home to Nebraska. End of rebellion.

Fairly mild as rebellions go, but what Nouwen helped me to realize is that I was defining "rebellion" and "leaving home" too narrowly.

"Leaving home is, then, much more than an historical event bound to time and place. it is a denial of the spiritual reality that I belong to God with every part of my being, that God holds me safe in an eternal embrace, that I am indeed carved in the palms of God's hands and hidden in their shadows. Leaving home means ignoring the truth that God has 'fashioned me in secret, moulded me in the depths of the earth and knitted me together in my mother's womb.' Leaving home is living as though I do not yet have a home and must look far and wide to find one" (The Return of the Prodigal Son, p. 37).

"I am the prodigal son," Nouwen wrote, "every time I search for unconditional love where it cannot be found."

I do that all the time; so, I am the younger brother.

But I am also the older brother.

I have always been a good girl.

"The obedient and dutiful life of which I am proud or for which I am praised feels, sometimes, like a burden that was laid on my shoulders and continues to oppress me, even when I have accepted it to such a degree that I cannot throw it off. I have no difficulty identifying with the elder son of the parable who complained: 'All these years I have slaved for you and never once disobeyed any orders of yours, yet you never offered me so much as a kid for me to celebrate with my friends.' In this complaint, obedience and duty have become a burden, and service has become slavery" (The Return of the Prodigal, p. 70). 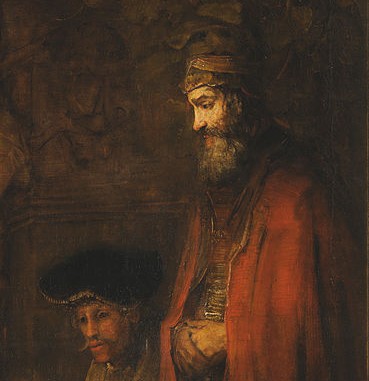 I perform very well. In fact, that's another of Jesus' characters with whom I shouldn't identify but sadly do - the Pharisee who congratulates himself on being good while praying next to the publican who begs, "Father, have mercy on me, a sinner."

Part of the problem is that I'm deluding myself. The top two commandments, according to Jesus, are to love God with heart, mind and soul and to love your neighbor as yourself. My hierarchy of commandments, on the other hand, goes more like this: Don't murder. Don't steal. Don't do drugs. Don't get drunk. Don't sleep around. Don't dress inappropriately. Don't pierce weird parts of your body. Work really hard. Go to church. Help out with stuff. Don't swear. Don't laugh at inappropriate jokes. Don't get caught speeding. Keep a clean house. Mow your lawn.

The list goes on, and it can get burdensome but it always seems within my power. I am continually striving for a perfect record.

Whereas, loving God with everything in me? Totally beyond my power.

Forgetting myself, not measuring wrongs, giving the shirt off my back? Totally beyond my power.

If I measured myself on what Jesus said were the most important commandments, I would surely pray the prayer of the publican: "Have mercy on me, a sinner."

The other part of the problem is that "being good" makes me neither grateful nor happy. Measuring my goodness makes me feel entitled and jealous of what others receive. When I make "being good" my goal, I focus on myself. I lose sight of God and my brother both.

Which brings me back to the painting. I am the older brother.

So how (and why) did Jesus invite me to the party?

In late 2007, I answered an ad for a writer at the Union Gospel Mission. During the interview process, Executive Director Phil Altmeyer asked me, "How did you develop a heart for the homeless?" I remember a moment of panic when I thought, I don't have a heart for the homeless. My answer, which I think is still true, was that I am a storyteller, and the story UGM needed to tell was the story of the individual who becomes homeless. I could tell that story.

I guess it worked because I got the job, but today, I see God bringing me here as his way of inviting me to the party. 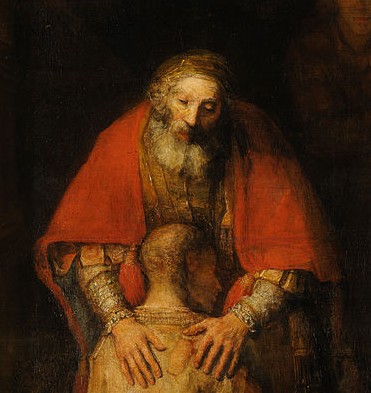 In Jesus' parable, the father left the celebration to look for the older brother. He said, "My son, you are always with me, and everything I have is yours."

Jesus sought me out in the same way and he brought me to a place where I see the gospel at work every day. I get to be part of feeding the hungry, handing out warm socks, and providing refuge. I rub elbows with people willing to admit their brokenness and fear and mistakes. I see people giving selflessly. And I see healing.

God knows - I mean, he really knows - that, left to my own devices, I would focus on being good. By bringing me here, he has shown me that it's not about that. It's really not.

"Looking deeply into myself and then around me at the lives of other people, I wonder which does more damage, lust or resentment? There is so much resentment among the 'just' and the 'righteous.' There is so much judgment, condemnation and prejudice among the 'saints.' There is so much frozen anger among the people who are so concerned about avoiding 'sin.' The lostness of the resentful 'saint' is so hard to reach precisely because it is so closely wedded to the desire to be good and virtuous" (Return of the Prodigal, p. 71).

Whether you and I identify with the younger brother or the older brother, as believers, God clearly calls us to be like the Father.

"Perhaps the most radical statement Jesus ever made is: 'Be compassionate as your Father is compassionate.' God's compassion is described by Jesus not simply to show me how willing God is to feel for me, or to forgive me my sins and offer me new life and happiness, but to invite me to become like God to show the same compassion to others as he is showing to me" (Return of the Prodigal, p. 123).

Want to come to the party? Here's a good place to start...