How the Gospel Brings Us Home

A mythical story contains elements of fantasy and reality, a blend that sometimes pushes us to a place of truthfulness about self, this world and God. One such story involves a turtle that woke up one day to find himself in a desert.

The Turtle in the Desert

Nothing but sand, dryness and dreariness in all directions. The turtle was not sure how he got to this place, but he was sure that it happened very slowly and without his awareness. He knew that this was a foreign land as there was nothing familiar and comforting. This was not the home he somehow remembered from his past.

For what seemed like years on end, the turtle traveled in all directions trying to find something familiar in the landscapes; but it was all harsh, hostile and empty of his own kind. Sitting on a high ridge one day, his heart was stirred when he smelled something salty in the breeze, something vaguely drawing. It struck him that he had smelled this salty wind before, some time ago and in another place. Since he knew this was not home, he wondered if this was a hint of what once was? Gathering strength and determination, he decided to follow the smell, realizing that something was urging him on. Along the way, he encountered a friendly coyote, who asked him where he was headed. The turtle responded that he did not know. "This is not my world," he told the coyote, "for I know there is a better place." With that, he raised his nose and said to his friend, "I am leaving to find home, and I will if I just keep following this scent of a better home." 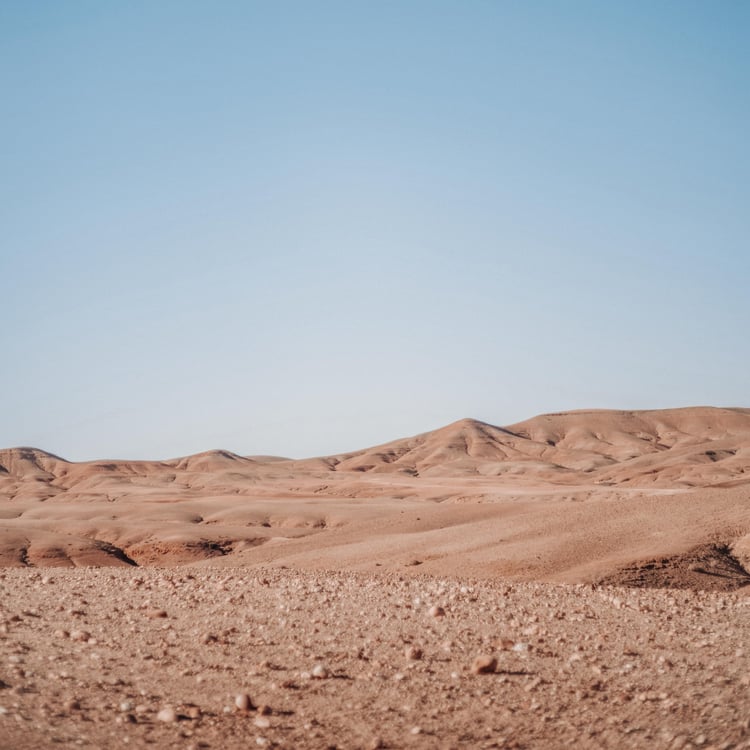 C.S. Lewis once said, “If I find in myself desires which nothing in this world can satisfy, the only logical explanation is that I was made for another world.” I personally find occasional “traces” and a “scent” now and then of this better world that Lewis hints at. All the turtle knew was that he had somehow distanced himself from his home and found himself in a wilderness—a desert of all places! It is quite true that one road leads home and a thousand roads lead into the wilderness.

“If I find in myself desires which nothing in this world can satisfy, the only logical explanation is that I was made for another world.” CS Lewis

There is an entertaining and potentially terrifying question or two about this turtle and about every human being who ever existed: Where is home and how do I find it? And, how did I get so far away from home and end up in a place that I don’t want to be in?

What is home and how do we find it?

Any “trace” or“scent” of home first must mean that we had a home. My story is one of growing up in a home with parents—but it was not a home where I felt safe, secure or loved. From early on, I sought  many roads into the wilderness to get lost and be alone. Little did I understand in those early years that I would repeatedly stumble upon evidences of a home that I was created for. Those evidences weren’t plain and obvious, but they were intriguing. The natural order I sought to seclude myself in slowly became a visible evidence of what was hidden. The writer of the book of Romans states it this way: “For what can be known about God is plain to them, because God has shown it to them. For His invisible attributes, namely, His eternal power and divine nature, have been clearly perceived, ever since the creation of the world, in the things that have been made. So they [me] are without excuse.” (Romans 1:20) 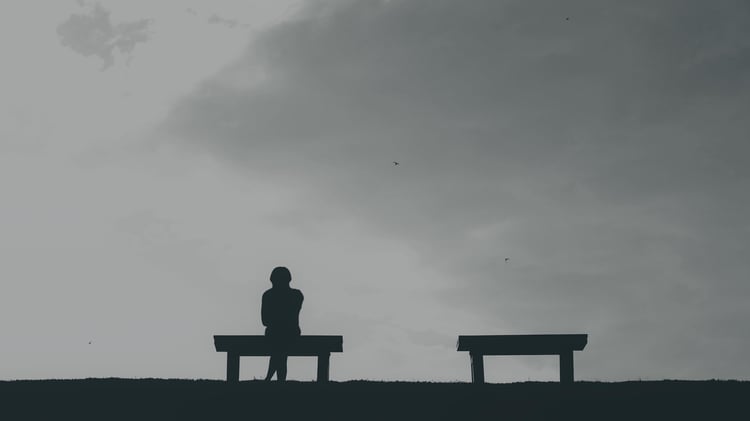 “For what can be known about God is plain to them, because God has shown it to them. For His invisible attributes, namely, His eternal power and divine nature, have been clearly perceived, ever since the creation of the world, in the things that have been made. So they [me] are without excuse.” (Romans 1:20)

Adventure awaits those wanting to find their true home

In my wilderness wanderings I often had the scent of something more than just escape and of being alone. I sensed that God was all around in the created order but still hidden. I needed more than what the coyote asked of the turtle—where are you going? In my last year of college, a ministry-minded fellow from Campus Crusade for Christ (now Cru) asked me one day, what has the desert been like for you? All of a sudden someone wanted to know something about me, not to block or control my way, but to tell me he cared for me and that there was a God who loved me more. I began to sense that I had run from people as he began to spend time and words with me.

Adventure awaits those wanting to find their true home. Yet it is risky, staying in the dessert like the turtle (or the mountains as I did). That only requires survival knowledge. As I risked with people, a new knowledge emerged. When I met the ministry guy in college, he asked me something that both frightened me and drew me into wanting more. This was a crossroad—either flee from him and his questions or believe that he really cared enough for me to ask a difficult and personal question. That encounter ultimately lead me to (within a year's time) finding my heart's home in Jesus Christ. The landscape of this new road I was now on became inviting. My journey was taking a very different path. God was becoming less hidden, and I desired more. I was discipled and mentored in my last year of college in the Christian life. After graduation, I came back to my home town a very different young man. I became involved in a wonderful church community, discipled in the ways of Christ, being mentored in what a man lives for, gaining a community of close friends, learning to serve others and being supported and loved, which now has lasted over 50 years. 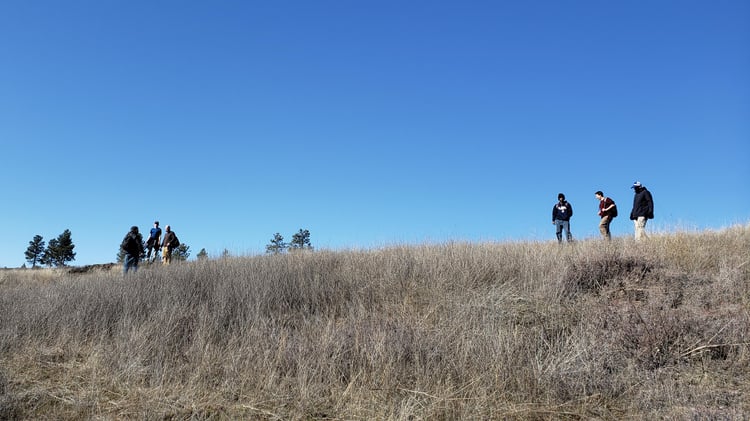 An invitation into refuge and a challenge to recover

I wonder; the men who come into the mission and who join the recovery program, did they finally become aware of how desolate and empty their lives really are? Could they have caught a "scent" or vision of something better for them or a glimpse of God? Just maybe the UGM Men’s Shelter is about a man’s journey toward finding home, not so much a bed and meals, but about the restoration to life in Jesus Christ. At the Mission, they find the same direction I did: the created order revealing something about the power and beauty of God, a ministry-minded person greeting them and asking difficult but gentle questions about their life and soul. The invitation to find a place of refuge and love and a challenge to recover from their addictions. For those who respond, they are invited to be mentored and discipled while being led to give up addictions that separate them from the life of Jesus. They eventually embrace a church community, new friends, training, healing, a possible job, and upon graduation, a restart in life. 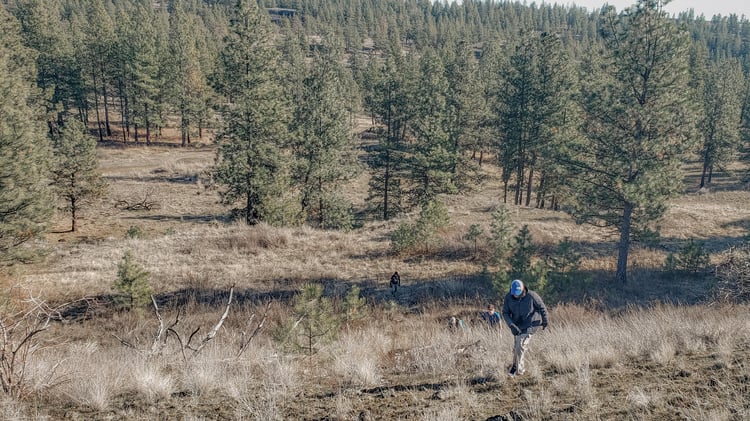 "Just maybe the UGM Men’s Shelter is about a man’s journey in finding home, not so much a bed and meals, but about the restoration to life in Jesus Christ."

The mythical story of the turtle finding home is about living for how we were made. A turtle is made to swim in the ocean, and humans were made to live in relationship with God and each other. So how do men and women find “home” in a homeless shelter? Simply put, they find words and actions that invite them to take a different path towards healing and restoration. And to not stay in the desert.

The gospel says that we have a Home and Jesus came to light the way. Accepting His gift of mercy in exchange for our sin and shame—and walking with Him forever—satisfies our deepest longing to be home.

We Asked Homeless Men to Talk About Sin
The End of Striving: How the Gospel Brings Rest to the Weary
Labels and Life Change: A Business Partner Feature
The Best Sermon I Ever Preached: One Homeless Man's Impact on a Local Pastor