Getting involved at the Union Gospel Mission is easy - the hardest part is figuring out which of dozens of opportunities is the best fit for your calling and resources.

Kristi Kinsinger has taken advantage of many: She’s been a volunteer, mentor, financial partner, and president of UGM Auxiliary, to name a few. In all of these roles, Kristi's a natural recruiter; she's passionate about inviting others to join her in a work that is so important. "One of our mandates from Christ is to help the poor," she says.

Now, Kristi is a member of the UGM Association Board, which provides leadership and oversight for the entire UGM organization. Serving on the board is a way for her and others to bring to the cause some of their most valuable resources: time, experience, and a heart for serving. 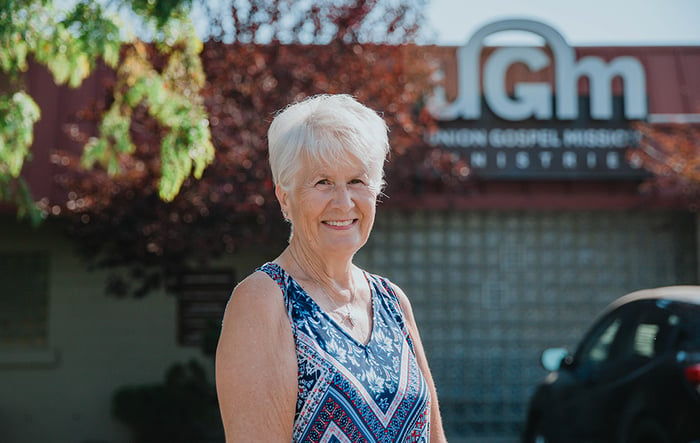 Kristi’s love for UGM is rooted in gratitude. About 25 years ago, her daughter in crisis was referred to Anna Ogden Hall in the early days of the women's recovery program there. From where she lived in Colfax, Kristi watched the expansion and improvement of Anna Ogden Hall and, more importantly, the life-changing grace it offered. Her financial support of UGM began back then.

Kristi moved to Spokane in 2004. A woman named Grace, a volunteer who had helped Kristi's daughter at Anna Ogden Hall, invited Kristi to attend the UGM Women's Auxiliary. Following her first meeting, Kristi was invited to join the auxiliary board; the next year, she became president. Meanwhile, she volunteered at the UGM Thrift Store and as a mentor at Anna Ogden Hall.

Using her Spokane experience, Kristi moved on to help establish the UGM Auxiliary in North Idaho to support the Center for Women and Children, opened in 2012. As that Auxiliary became strong and self-driven, she sought to serve in another capacity. She asked about membership on UGM’s Association Board and was interviewed and welcomed. After the required year of internship, she became a full voting member and joined its North Idaho Advisory committee. 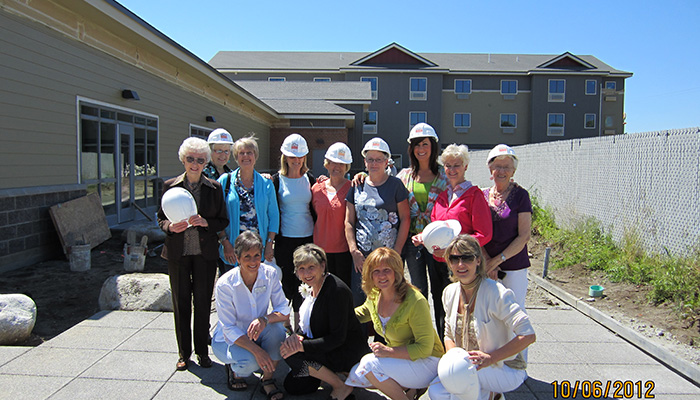 In that role, Kristi has helped oversee UGM’s purchase and renovation of Coeur d’Alene apartments where women moving out of the Center can have affordable, clean and sober housing with built-in support and accountability. Even more growth is coming over Kristi’s desk as UGM prepares to build a new thrift store in Coeur d’Alene.

The Association Board consists of 20 to 30 men and women who meet monthly as a whole, with additional meetings based on committee assignments. It's harder to get Kristi to talk about her own contributions than to express praise for her colleagues on the board. She emphasizes that they’re people from many walks of life who deeply love God and UGM. Board members are also unpaid, so they’re freely volunteering their time and experience for the compassionate cause they share.

Kristi points to the financial and personnel committees as examples of how board members faithfully work as a team to make the best possible decisions on behalf of UGM, the people served and the staff.

"I have such respect for the people who work with our finances. A lot of them are retired bankers, real estate people, brokers, and I feel like the money that's been entrusted to us is being really wisely saved and distributed as the Mission needs it." 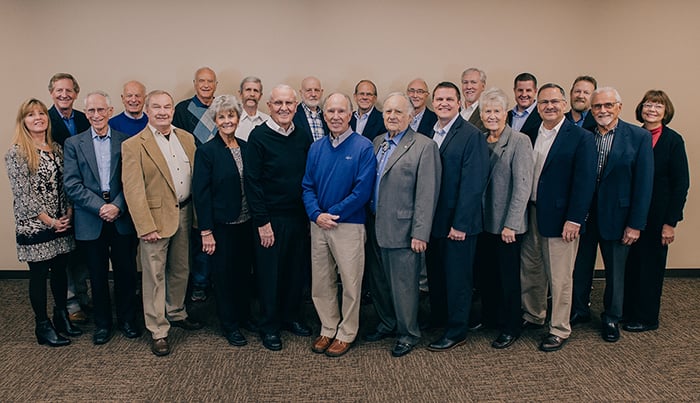 Board service isn’t just juggling numbers and policies. Praying with and for its “top-notch Christians” is one of Kristi’s favorite parts of being a member, even though the Covid-19 pandemic has caused recent meetings to be conducted via video conferencing.

"It's not all about business, it's about God's business, and we recognize that. We always end in prayer and we go around the table, praying for the things that came up in the meeting.”

While the board makes big decisions about money, policy, and vision, Kristi says its true strength is in the hearts of each member. With all their different backgrounds, she and her colleagues share a deep love for God and for the spiritual transformation he’s doing at UGM.

“Our program is so strong in self-evaluations and learning to accept God’s grace. What two better things can you have in the Christian life? To know that the grace of God is extended to everyone, not just those who do good. He loves everyone. He can work through any failure.”

Kristi isn't on the board's recruiting team, but she recently connected two of her acquaintances to be interviewed for service on the board. As she had prayed over the need for more members, two women came to mind as a perfect fit. And while it wasn't her particular intention, God is using her to bring more women onto a board that historically has consisted mostly of men. They bring a valuable perspective as UGM has grown to serve more women and children.

Serving on the UGM board is one of many things that bring joy to Kristi’s life. Kristi is a breast cancer survivor and she's on her third pacemaker, but she doesn't let that keep her from bike riding, photography and having fun with her grandchildren. She also maintains relationships with people she’s met and even mentored through their residence at UGM, some of whom have struggled in their faith and caused her some concern. 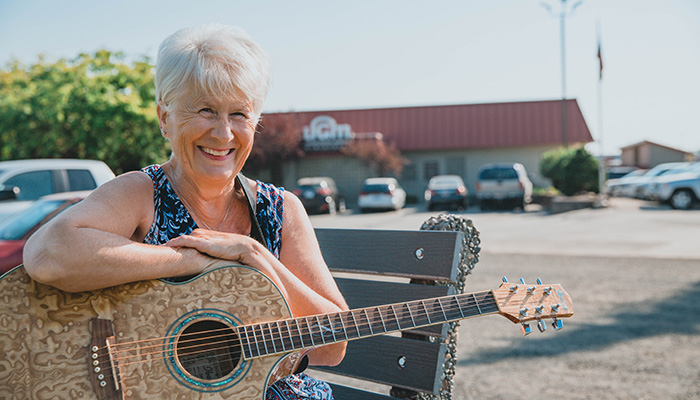 But Kristi compares her concerns and obstacles to the Apostle Paul's experience being shipwrecked, nearly drowned and then bitten by a snake in Acts 27-28: "I'm shaking off the snake. I'm shaking off every snake that comes my way, because I can do all things through Christ who strengthens me."

That’s how Kristi gives so much of herself with so much joy in a place where she sees so much good happening.

"I'm a monthly giver and I gladly write my check every month, not only because my daughter came out on the bright side but because I trust the Mission. For an organization to be almost 70 years old and not have one stain on it, it's a miracle. Only God can do that through his people."

Are you interested in getting involved or giving financially? Use the tips below to help you decide where to invest.

"I'm Thankful for My Rocky Past": Thoughts on Gratitude from Shelter Guests
Gratitude by the Moment
Thank You, God, for this Blood Clot
Gratitude on the Recovery Journey