Rescue: From Homeless to Housed and Employed 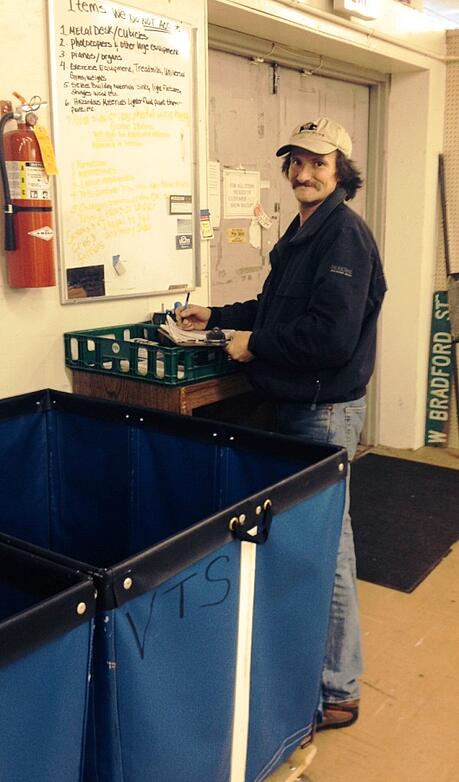 Not everyone who walks through the doors of one of UGM’s shelters needs the same kind of help. Case in point: Tim Whitman.

Tim had been sober for two years before he came to the Men's Shelter. He’d been living and volunteering at Truth Ministries, a men’s shelter on East Sprague. He’s very grateful to Truth for helping him get sober and off the streets. 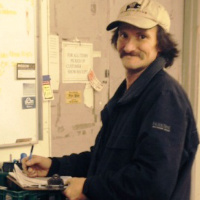 Tim came to UGM because he was ready to move on with his life and needed some help to do so.

Everything Tim had was lost or stolen while he was living on the streets. He had managed to secure 3 of the 4 identification pieces needed, but it wasn’t enough. He went to the Department of Licensing repeatedly and was turned away. Eventually, Tim gave up.

When Tim explained the problem to Rescue Director Tim Braach, Tim told him, “We’re going to get this done.” They went together to the licensing bureau over the lunch hour. As it happened, there was no line and the manager was standing in for one of her employees. Initially, her response was the same as all the others who came before her. She reiterated the need for four pieces of identification and the unlikelihood of getting a legal ID without that missing piece. But, she listened, she seemed to care, and she went out of her way to help.

After 30 or 40 minutes of phone calls to Olympia and other places, the decision was made to give Tim his ID without that fourth piece.

Hurdle #1 successfully met. Onward to #2: Tim had a criminal record and no work history for the past several years, no references.

For his UGM chore, Tim rode along with the donation driver from the UGM Thrift Store in the Valley, assisting him with loading and unloading. His attitude and hard work were noticed and Tim was given an Employee Training Opportunity (ETO) in production at the Valley Store. An ETO is a paid position lasting up to 1 year – giving Tim the opportunity to rebuild his work history and earn a valuable reference.

For now, Tim continues to live at the UGM Men’s Shelter so that he can save enough money to pay first and last month’s rent on his own place and have a cushion for food, utilities and other necessities.

The services and resources provided to Tim fall under UGM’s definition of Rescue services. UGM Social Services Manager Dean Whisler put it like this, “Tim already had 2 years of sobriety under his belt. He is a mature, solid Christian who is extremely grateful for what God’s done in his life. He didn’t need the recovery program.”

Tim needed an advocate. He needed an ID, and he needed the chance to get back on his feet. Thanks to a generous community of support, that’s what he found at the UGM Men’s Shelter.

Editor's Note: Men's Rescue Director Timothy Braach contacted Washington State Representative Kevin Parker with regard to the difficulty in attaining a Washington State ID and the significant hurdle the ID can be for men and women wanting to get their lives back together. Rep. Parker is exploring possible legislative solutions.

Getting off the street isn't as easy as just getting a job. Numerous roadblocks exist. That's why we're here - not just to provide food and shelter but to be a partner in facing the roadblocks. Click on the link below to learn how you can help connect someone on the street with the resources we have to offer.