10-year-old Leo could be seen wandering by himself away from the rest of the campers, off in his own world. He seemed to be more interested in discovering new things around camp or investigating the bees on the lavender flowers outside of the chapel than he was interacting with his fellow campers or playing games. But instead of gaining a gaggle of new friends, Leo gained a big brother. 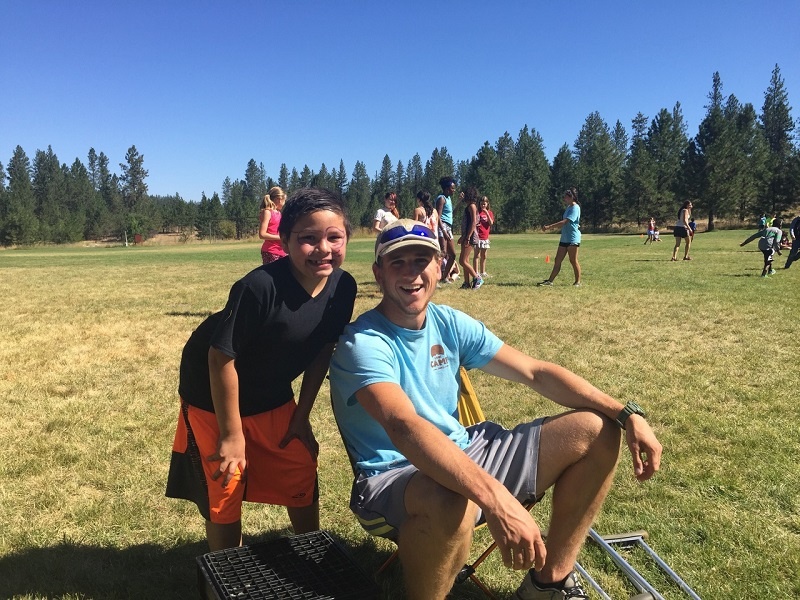 Rehn, a summer staff member at UGM Camp, accidentally hurt his ankle the week before Leo’s group came. It was a disappointment to the Whitworth football player, who was left to hobble around on crutches. Little did Rehn know that God would use this injury to build a lasting bond between him and little Leo.

As Rehn stumbled his way over to the campers on the first day, Leo immediately made a B-line to him. Leo’s very first response was simply to help him.

Throughout the week, you could count on Leo being there for Rehn.

Rehn, who admitted he doesn't like asking for help, humbly accepted the help from his new buddy and saw it as an awesome opportunity to engage with an otherwise quiet camper.

Leo was by Rehn's side every chance he got. He would sit with Rehn at lunch, where they would share stories and riddles with one another. Leo would defend Rehn in a lively game of clothespin tag, since Rehn couldn't move very fast. When kids would try to steal Rehn's crutches, Leo would make sure to get them back. Though Leo was a little different than the other kids, he found his place at camp that week, right by Rehn's side. 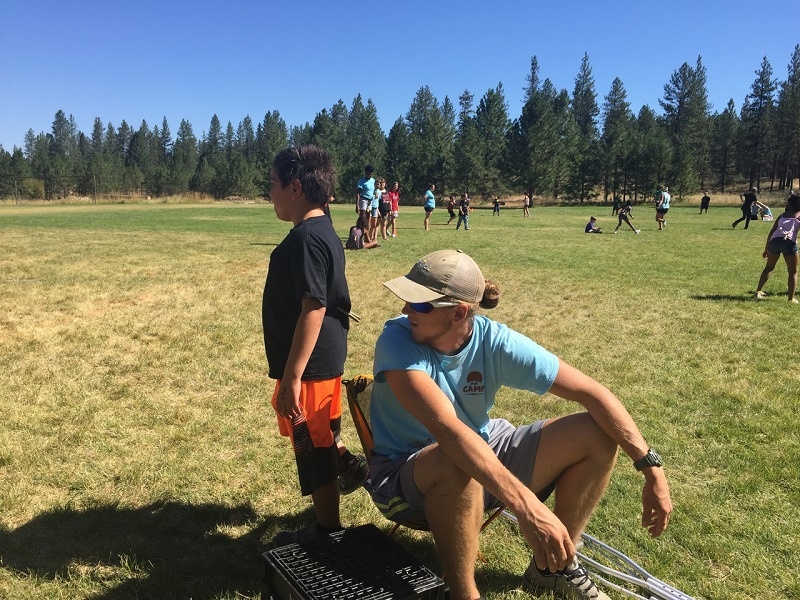 Leo, whose 12 siblings live all over the country, said Rehn became his big brother that week at camp. God used this injury to reveal Leo’s servant heart. Even before my interview with Leo started, the camp cook came up the hill with her hands full of supplies, and before she could even ask for help, Leo went over to help her carry them to the kitchen.

All the staff at camp would say their job is to bless children every week through the love and power of Christ. But I know Rehn and the rest of the camp staff experienced that same blessing from a young servant named Leo, a quiet kid who found his place: right by those who need the most help.

At UGM Camp, children like Leo learn they are loved and valued by the God who made them. UGM's ministry to at-risk youth continues even after camp is over for the summer. If you're interested in volunteering with UGM Youth Outreach, click below to get the process started.