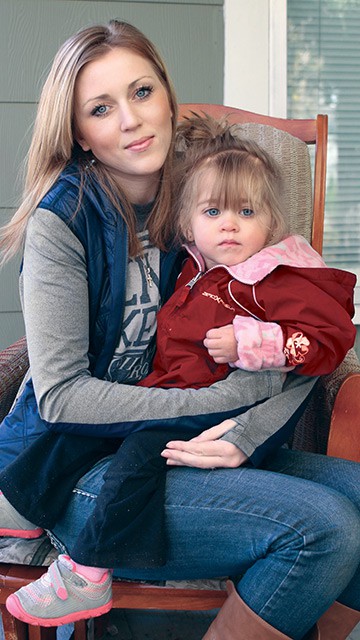 And you welcomed us, protected us, helped us heal.

At first glance, Tiffany King appears very young, delicate...fragile even. But her appearance belies a core of inner strength. In reality, Tiffany, 26, has faced the worst life has to offer and been galvanized by it.

On Christmas Day 2012, Tiffany rushed her two-month-old daughter, Ellie, to the emergency room because she was having seizures. Tests, scans and x-rays revealed that Ellie had been shaken – on more than one occasion. The right and back sides of her brain were damaged.

The investigation also revealed that Tiffany’s son, Robbie, who was three at the time, had been hit and thrown.

CPS removed Robbie and Ellie from Tiffany’s care for a period of time to ensure that the abuser was out of her life.

In the midst of the chaos, Tiffany asked her CPS caseworker, “What is the best program you can suggest for somebody like me? What is the one thing you think would really help me?” The caseworker recommended Women’s Recovery at Anna Ogden Hall. And Tiffany said, “I’m going there.”

“I prayed that night when I brought my daughter into the ER and they told me they didn’t know if she was going to survive or not. I gave my life to God that night. I knew there was nothing I could do, nothing the doctors could do. It was all up to God.” 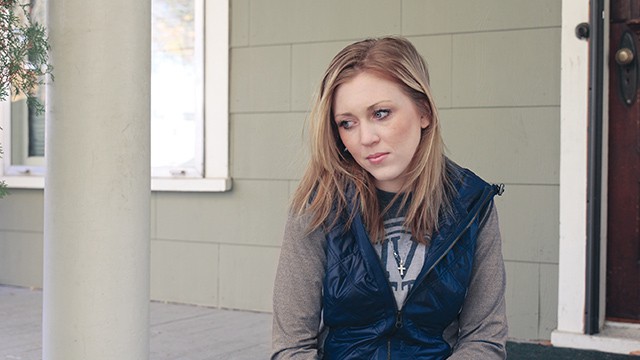 Ellie did survive, but the extent to which her brain could recover remained a giant, haunting question.

Tiffany was accepted into the UGM recovery program a few weeks after the incident.

“It was scary. I’m not going to lie, but I knew it was where I was supposed to be. I knew it was the only place I was going to get the healing I needed.”

And heal Tiffany has. As have Robbie and Ellie.

Ellie, now two, “still has the brain damage, but you can’t tell, and it’s just a miracle! I love it.” Tiffany’s face lit up as she talked. “She walks. She talks. She dances to music and holds her little music teddy bear. She’s amazing! She has no vision problems. She is so adorable!

“God hears your heart. He totally cured my daughter.”

Robbie, who was returned to Tiffany 30 days after she moved into Anna Ogden Hall, remembers the abuse and the separation and still asks on occasion, “What happened when I was three, Mom? Why did you leave me?”

Tiffany knows the effects of the abuse have not completely disappeared for either of her children, but they are overshadowed by God’s tender care and healing.

“Robbie is learning what safe is and what it’s like to be in a home. There is a difference between a house and a home and he knows the difference now. It’s somewhere where you’re comfortable and you feel loved.” 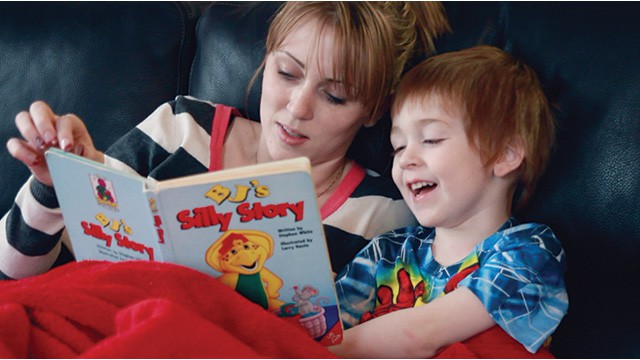 To learn about “home” in a homeless shelter seems counter-intuitive, but before coming to Anna Ogden Hall, Tiffany had no idea what it meant to be safe and loved without condition.

She thought abuse was normal.

“My family were drug abusers and alcoholics. There was abuse on every level. It was…I really don’t remember much of my childhood. I was a young, young child, but I know it wasn’t an environment for a child. I mean, it just wasn’t. My mom has a great heart. She tried, but…”

Tiffany’s relationships with men showed signs of abuse from the start. 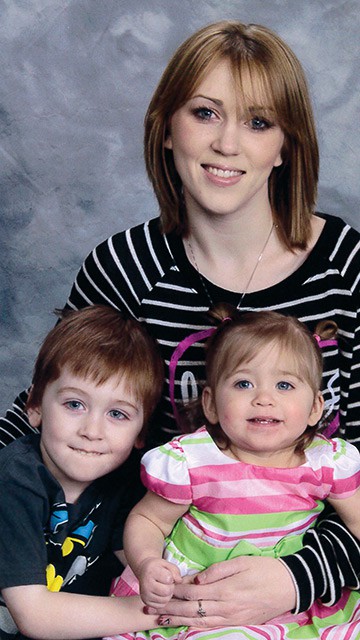 “God came back in my life and it was like, ‘Tiffany, I know what’s best for you. Just listen to Me.’ He worked through my children and changed me toward him 100 percent…and He is a master at turning the bad into good, no matter what the bad is.

“If it wasn’t for Anna Ogden Hall, I would still be carrying my guilt and my hurt and the pain that I suffered growing up. And my children would see the same old unhealthy person I was with no improvement, which probably means, they wouldn’t be healthy. They would grow up the same way I grew up, and I wouldn’t be breaking a generational curse.”

Tiffany has finished the first four phases of UGM’s LIFE Recovery. She has a full-time job with Northwest OB-GYN, a place for herself and her two children, a supportive church and mentors. Life is anything but easy as a working single mom, but she is confident that God is by her side.

“I’m so excited for what’s going to happen in my life. In my children’s lives. I think it’s going to be beautiful!”

Click here to see all articles for the December 2014 issue.