Binding up the Brokenhearted 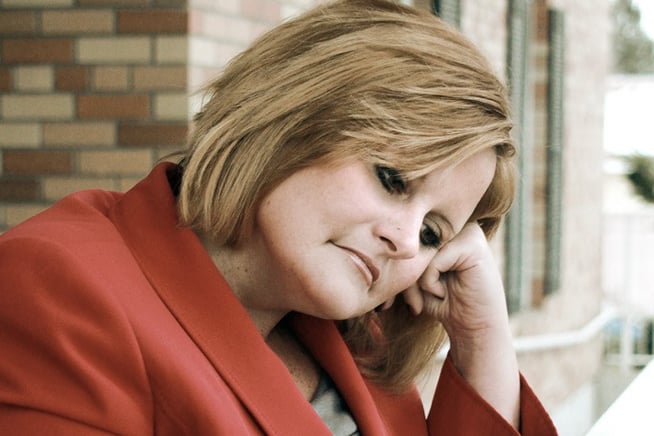 “I believe what drives people to bad behavior, whether it’s addiction or abusive relationships or being abusers, is brokenness of heart. They harden their heart because it has been so broken and they can’t risk having it broken any more. So they become hard and cold or run to addiction, anything to escape that pain. I believe broken heartedness is behind everything that every woman who comes into Anna Ogden Hall faces.” – Chris Armstrong, Director of UGM Women’s Recovery.

“The Lord is close to the brokenhearted and saves those who are crushed in spirit,” Psalm 34:18. The truth of those words is manifested every day in the Mission’s recovery programs, but it’s important to know that the binding, the healing, is a process – a slow, painful, invaluable process.

“In the beginning, the majority of the women don’t want to feel,” Chris explained. “They would say they have no hearts or that their hearts are useless. They want no one. They need no one. They fight against feeling – against the very thing they want and need because they’re afraid. They’ve learned it’s not safe to trust people. It’s not safe to be honest and open. It’s not safe to have needs and desires and wants because you will get hurt. They have built this thick, solid, almost impenetrable wall to protect their hearts.”

Beth, a current resident, admitted she had no idea how broken she was the first time she came to Anna Ogden Hall.

Beth left the program, tried to go back to doing life on her own, and ended up at the UGM Crisis Shelter for Women and Children a few months later. It was there she realized how broken her heart really was.

“The binding up process,” Chris explained, “is about giving women opportunities – in classes, in counseling, in everyday conversations – to take a little bit of a risk and share their hearts and their hurt, share something they may never have shared with anybody before. And I can almost hear their heart saying, ‘Please don’t hurt me one more time. I’ve been hurt too much.’”

Beth was frightened to come back to Anna Ogden Hall, afraid the other residents wouldn’t want her. “I was unhealthy and scared the last time I was here. I was critical and mean, avoiding my own struggles by focusing on others. Even though I wanted to love other people, I was pushing them away.”

Beth took a huge risk. “I had to dump my pride on the side and admit I am a relationship addict.” She had gone from one abusive relationship to the next. That felt “normal” to her.

In spite of her confession and her previous behavior, the other residents welcomed Beth back. “They said, ‘We see a change in you.’” Beth was amazed. “That was like grace abundant right there.”

The grace Beth experienced from staff and other residents pointed her toward the source of all grace.  “I was able to give my life over to Christ, and it was like having new eyes. I don’t have to try to get attention any more. I don’t have to go looking for love any more. I have love. God has filled that void.

“My life is on the right track because I have time to get healthy instead of numbing the pain with unhealthy relationships. I have a new life with my son, a healthy life of hope because of Christ.”

Click here to see all articles for the February 2013 issue.