This article was first published in the Mission News before Ryan Brown started as the Youth Outreach Director. He's been on the job for almost four years now, and believe us, he's been busy. Get to know a bit of his back story here; then visit the Youth Outreach page of the UGM website to learn more about what he's been up to since his arrival at UGM. 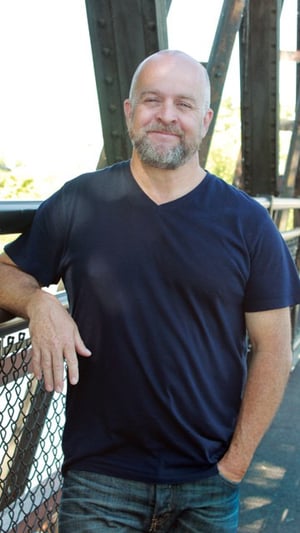 Why should you care about a 26-year-old addict who abandoned his three children, wasted 14 years of his life on one drug after another, and used all of his family for everything he could get?

Because, behind the addict, is a human being who bears the image of God. And one never knows when that image might start to break through.

That 26-year-old addict was Ryan Brown who begins later this month as UGM’s new Director of Youth Outreach.

Ryan, who first came to the Mission as a guest in 1992, summed up his past life with just a few sentences: “I was 12 years old when I first started using drugs. By 14, I was dropping LSD and smoking PCP. At 16, I was stealing marijuana out of people’s backyards and selling it at truck stops. At 18, I was addicted to cocaine, pornography and alcohol. All through having kids and being married, it was a downward spiral.

“I was in a garbled, methamphetamine-induced mess…People wouldn’t let me in their houses anymore. I spent four days wandering from house to house trying to get a place to stay.”

Ryan’s mom gave him $40 and a one-way bus ticket to Spokane. When the money ran out, Ryan came to the Mission.

The contrast between Ryan’s life today and Ryan’s life then is remarkable. He and his wife, Shelly, have been married for 15 years. His relationships with his three children and eight grandchildren are incredibly close, and he has been a pastor in a Four Square Church in Canby, Oregon for 15 years where he has impacted hundreds and hundreds of young people. For the past year, he has been the national Next Gen representative for his denomination – working with representatives from approximately 1,500 churches across the country on how to reach the Millennial generation with the message of the gospel.

As incredible as all that is, perhaps the most remarkable of all is the trigger that started the change in Ryan’s life. 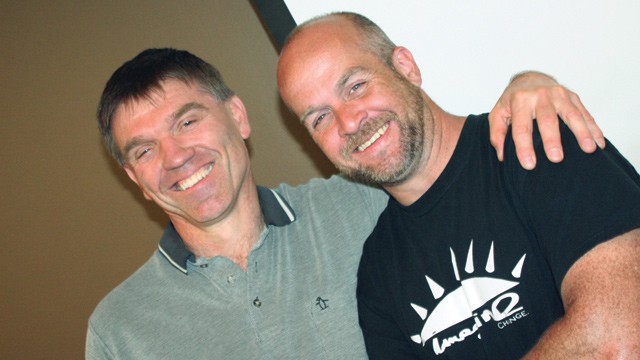 Ryan remembers being in the dining hall at the Men’s Shelter moving chairs when Randy Altmeyer, Mission Director at the time, came up to him and said, “I see something in you.”

That’s it. Someone saw value in him.

“That’s the first time anybody said something like that to me, and I feel like it was directly from the Lord, just saying, ‘Hey, I see something in you.’”

Randy invited Ryan to join the program. He met Jesus, was discipled, grew and matured in a supportive environment, and eventually began volunteering at the Assembly of God Church where he found his calling. Ryan has been working with young people ever since. 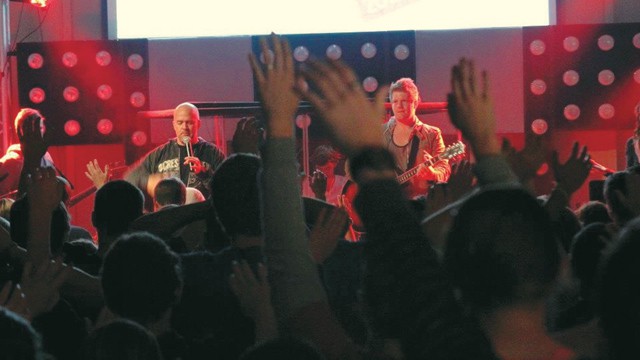 Relationship has been at the core of his ministry to date and will continue to be so in his role with UGM.

“You have to begin with relationship. That’s where people build trust and they see, oh, this person knows Jesus. Well, I like them, so I must like Jesus. It’s not just telling them about Jesus but being Jesus to them. They can hear lots of ideas, but to really be Jesus to them, that’s a whole different thing.”

Ryan sees his past as an asset in reaching at-risk youth. “It’s not just, hey, I’ve been there. I get it. It’s something much deeper. There’s a depth of woundedness in everybody that brings them to that place – something that needs to be healed way down deep inside.”

In many ways, Ryan’s ministry philosophy mirrors what has taken place in his own life, and it starts with seeing value in people. “There’s a lot of beauty in people that is so hidden by pain. It’s hard for us to see past the pain, the scratches, the bruises and the protective shells that people have built.” But God sees, and Ryan believes it’s our job to see, as well.

When someone once sees their value in God’s eyes, “they want to pursue that rather than what’s hidden it for all these years.”

Reaching the lost, however, is just the beginning of Ryan’s plan. He wants to see those young people discipled so that they can become leaders who care about the broken and become passionate about helping the lost themselves. Much like Ryan.

“Reaching the lost and raising up leaders – that’s what’s nearest and dearest to my heart.”

Click here to see all articles for the August 2014 issue.