Amanda describes God breaking into her life like defibrillator paddles shocking her heart – a clear death to life experience. For almost a year, she had been walking in darkness – addiction, destructive relationships, homelessness. And in the midst of that darkness, God came to her. 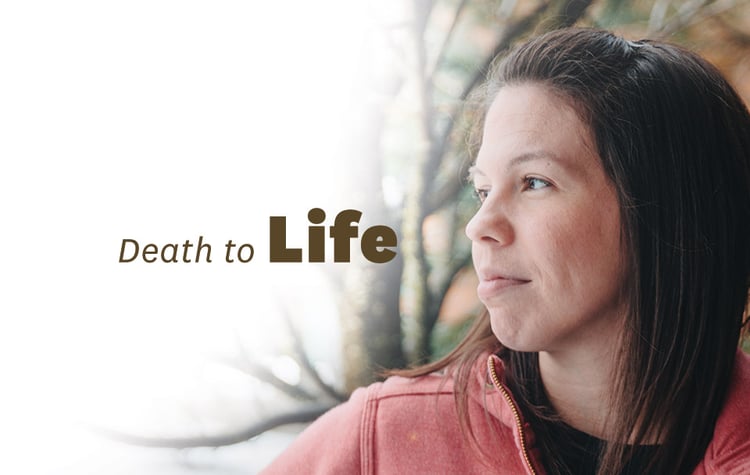 Living with a man almost twice her age, both using, Amanda found a Bible in his house and opened it: “‘Man’s mind is futile’ is what I read. And so the Lord spoke to me, and he said, ‘Death is knocking on your door’…I fell to my knees and I just started saying over and over, ‘Jesus saved me.’” And, in that moment, light and joy-filled her entire being.

Amanda’s life did not, however, immediately change. In fact, a bit like Jonah, Amanda ran in the opposite direction – away from God, away from home, away from the life change she knew was available at UGM. But, from that moment forward, like the Hound of Heaven, God constantly pursued her until, eventually, she surrendered and entered UGM Recovery on January 23, 2019.

Amanda’s past is full of the most horrific trauma. Any one incident might justify her desire to escape. But in the midst of the hurt and pain, there is also evidence that God was at work.

On Friday, June 6, 2014, Amanda’s boyfriend of seven years, Thomas, the father of her young child and the love of her life, was shot and killed by three Coeur d’Alene police officers in her neighbor’s backyard. He had been drinking and left the house with a firearm. The police responded to a domestic disturbance call from Thomas’ mother, with whom the couple had been living. When officers arrived, they found Thomas and ordered him to drop his weapon. He did not and was subsequently shot and killed.

Amanda had been working to get sober for the sake of her child. Now she was a single parent, drowning in grief, with no idea how to cope and very little support. She remembers thinking everyone was just waiting for her to fail. She was determined to prove them wrong, and for a little over a year, she kind of held it together. She described herself as a “functioning addict.” Then she was charged with a DUI and lost custody of her son. Now, the grief was multiplied by shame. A caseworker recommended UGM Recovery, but Amanda wasn’t ready.

The next two years are a blur of drugs, alcohol, homelessness, destructive relationships with men, physical and sexual abuse and half-hearted attempts at recovery.

“I went to Spokane for a while, living kind of on the streets or from trap house to trap house.” A man in his late fifties offered her a place to live, and she took him up on the offer – both of them caught in addiction. And that’s the surprising place where God broke into her life. She knew He was speaking, but she wasn’t ready to listen. 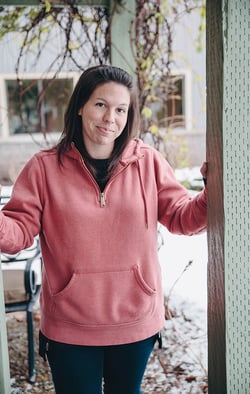 She left that place, but instead of heading toward home and recovery, she went to Oregon. “Just kind of aimlessly wandering and running away. I stayed in Troutdale for a while, just sleeping next to the river…I’d walk all night to stay warm, and then when the sun rose, I would just fall on the ground and sleep because I was so exhausted. I really didn’t have any rhyme or reason anymore.

“I knew God was calling me to go back home, but I didn’t want to and so I was being very disobedient… I didn’t really have any morals anymore.” More wandering. More drugs. More abuse.

In October 2017, an abusive boyfriend sent her to the hospital with a head injury. “He hit me over the head with a pot. He did a lot of other damage, but I didn’t even want to tell the police all the other stuff. I just wanted the staples in my head, so I could go.”

Amanda went from the hospital to a domestic violence shelter and then a 12-month discipleship program, and finally, four and half years after Thomas’ death, Amanda entered UGM Recovery.

During the discipleship program, Amanda fell in love with Scripture and began to see God as a loving Father. In recovery, she is learning to replace deep-seated lies – that her sins are unforgivable, that she is responsible for Thomas’ death, that God doesn’t/couldn’t love her – with the truth.

And the truth is bringing healing – slow but steady. Underneath Amanda’s addiction was deep woundedness – trauma that started even before Thomas’ death.

“The Lord always shows me that there’s something deeper…He’s been faithful to bring things to mind when I need to deal with them, and I tell you what, this cross in the chapel has been an amazing thing for me because I just feel like I can run to the throne room…sometimes every night of the week and just lay before the cross. It’s just me opening up my heart to God to be like, OK, what else do you need to do in me? 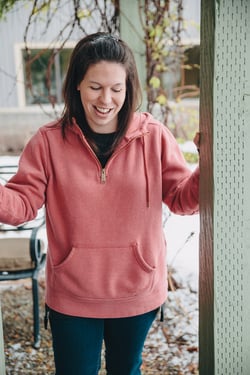 “He has opened my eyes to see that He’s always been there.” For example, she sees God’s grace in her son’s placement. “My son is in a great family…Because they are such good parents and he’s in such good hands, that has alleviated a lot of guilt and shame that I could have felt leaving him in a different situation or not knowing where he was.” Amanda is working toward reconciliation with her son. “He deserves to have closure and he deserves to have love from me.”

At the same time, Amanda is learning that she, too, is loved. “I’m realizing that God wants to be a part of every single little thing that I do throughout the day. He gives me little nuggets, and He gives me joy, you know, inexpressible, and peace- unexplainable all the time.

“I’m starting to grow these deep roots and understand who God is now. I’m still young. I’ve still got time ahead of me to bring glory to God and work for His kingdom.”

We've pulled together some basic definitions and statistics about homelessness to give you a foundation from which to build.

Click here to see all articles for the March 2020 issue.