Thousands of individuals, churches and businesses came together to be part of God’s miracles of provision and transformation, big and small, in 2017. Here are just a few of the highlights – including a few bonus items we didn’t have room for in the print edition!

Avid outdoorsman Dennis Roach took a group of five men in recovery on a snowshoeing trip in the North Idaho mountains in January. After the trip, participant Richard said, “Valleys and mountains, and just how everything is formed – it's to God's perfection. … It's an experience that nobody could ever take from me. It was a joy deep down inside my heart.” 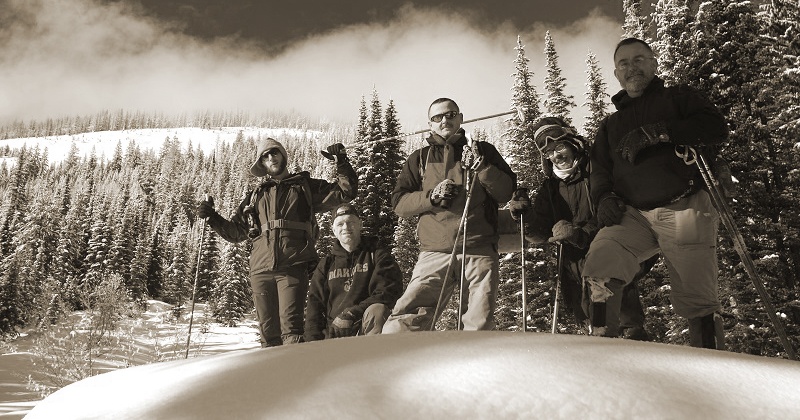 On March 2, high school senior Michelle McDonald received the Judges’ Choice Award at the Chase Youth Awards for her work founding and growing Project Hope at Mt. Spokane High School. Under Michelle’s leadership, among other things the group raised $5,000 to sponsor a room in the new Crisis Shelter, offering a safe refuge for homeless women and children. 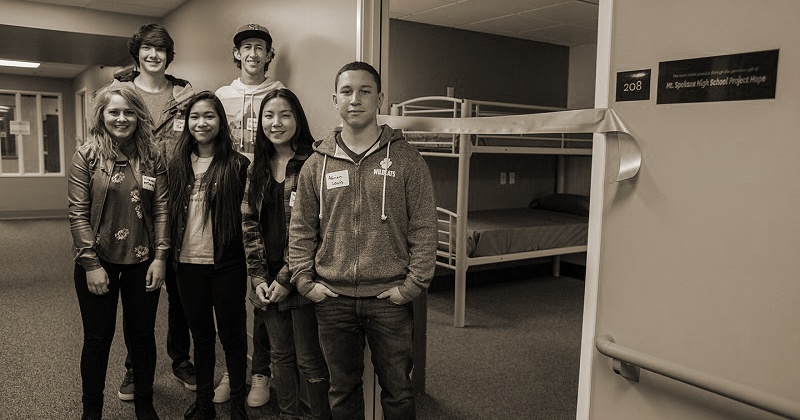 In April, volunteers from several Presbyterian churches, under the direction of experienced garden designer Janie Edwards, shoveled tons of dirt to create a serenity garden in the former smoking area at Anna Ogden Hall – a place of peace and beauty for the women and children to enjoy for years to come.

4. Big and Small Both Make a Difference

4-year-old Landon did extra chores to earn $6.99 for Thanksgiving meals at UGM. When he brought it in, he got to meet a couple of the grateful homeless men his gift would feed. Folks from Larry H. Miller auto dealerships also gave generously, not only underwriting the City-Wide Thanksgiving Dinner financially but bringing dozens of volunteers and thousands of pounds of turkey.

On October 10, UGM residents, staff, and volunteers spread out through downtown Spokane for a cleanup day and to hold signs promoting the value and dignity of every person. Mayor David Condon and a dozen other city officials joined in the effort.

In September, the Coeur d’Alene Center for Women and Children celebrated five years serving residents. Since its opening in 2012, more than 500 women and children have found safe refuge, grace and truth at the Center.

Renovation on the old Crisis Shelter building on East Sprague was officially completed in November. Amid the construction work, doors opened at the new drop-in center for homeless and at-risk youth in June. College students with a heart for the poor live at the center and work in many areas of UGM as part of their hands-on training for urban ministry.

In a year of jaw-dropping growth thanks to a generous community, UGM Motors broke its monthly record for donated vehicles not once, not twice, but five times in 2017. In vehicles donated as well as vehicles sold, Motors surpassed 2016’s total in early September, a sign of increasing community support and provision for growing need.

On July 31, 26 UGM residents were baptized in the Spokane River in a ceremony co-hosted by Family of Faith church and Pastor Danny Green. Baptism was the next step of faith for some of the more than 200 people who made the decision to follow Jesus Christ while staying at UGM in 2017.

413 children from low-income urban neighborhoods (plus the women and children from Anna Ogden Hall) enjoyed a life-changing week learning about God at UGM Camp. Impact Partner Angela Garner visited UGM Camp with a group of donors and heard there was a need for pillows for the campers. She went home and ordered 6 dozen pillows, filling up camp director Ryan Brown’s office with fluffy provisions for underprivileged children. 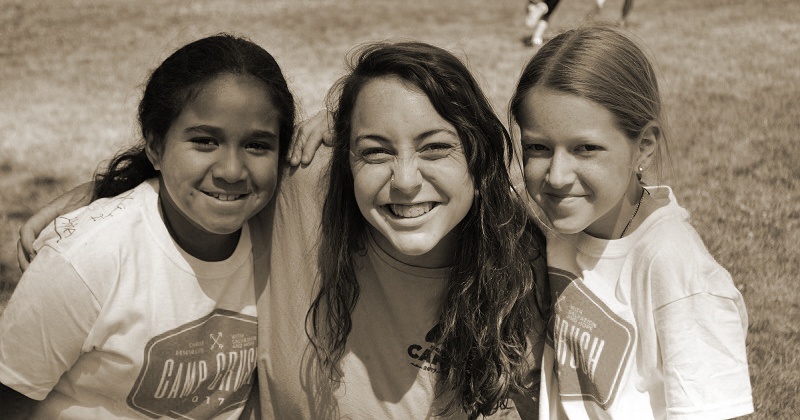 With encouragement from UGM VocEd, Stephanie passed her GED tests, a big step forward in her plan to go to college: “I have goals and dreams today that I never imagined having” before coming to UGM.

On December 19, UGM celebrated the first anniversary of the opening of the new Crisis Shelter! Our ongoing gratitude goes out to the many partners in this project, who made it possible to offer the kind of accommodations and services that affirm the dignity of our guests and promote their healing and growth.

14. A Heart for Women’s Health

Dr. Ronald Wyrick sponsored the clinic facilities in the new Crisis Shelter for Women and Children, which opened in January 2017, in memory of his late wife, longtime UGM volunteer June Wyrick. Kirstin Johnson, a certified nurse midwife who strategized and oversaw the setup of the clinic, and her team of volunteer professionals have provided care to hundreds of women and children since the clinic opened. 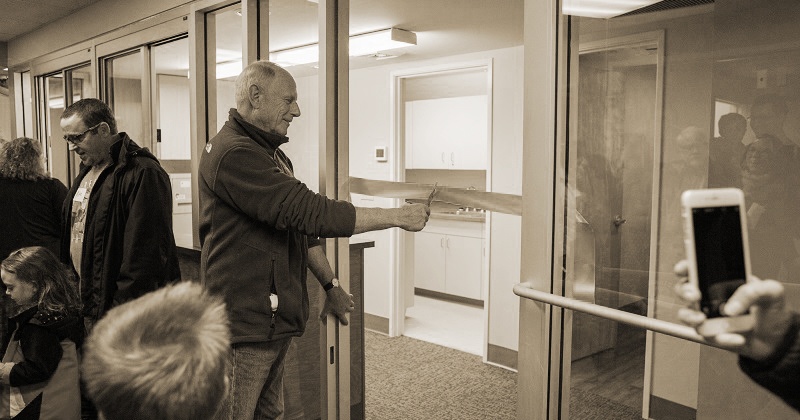 With help from volunteers, Women’s Recovery residents enjoyed “A Night to Remember God’s Love for You”: elegant, formal Valentine’s Day dinners celebrating their worth as precious daughters of God.

The UGM Auxiliary in Spokane and Coeur d’Alene overflowed the gift tables with linens and housewares at their housewarming shower for residents who move out into their own places. Former resident Rachael says the gifts were “such a blessing when I moved into my own apartment and had nothing. Just simple things we take for granted were a huge blessing.”

Volunteers from Sun City Church took full charge of the three phase promotion celebrations for women at Anna Ogden Hall for the year. Providing child care, décor and a delicious, elegant meal for the women, they elevated the event to a whole new level to honor the residents’ hard work in recovery. Sun City members serve in many different areas of UGM as part of the church’s “outward focus” to reach Spokane with the gospel.

Under the direction of volunteer physician Dr. Ward Merkeley, UW medical students began a Saturday clinic at the Trent facility starting August 26. The weekend schedule allows residents with jobs or other conflicts to get basic medical care more easily. 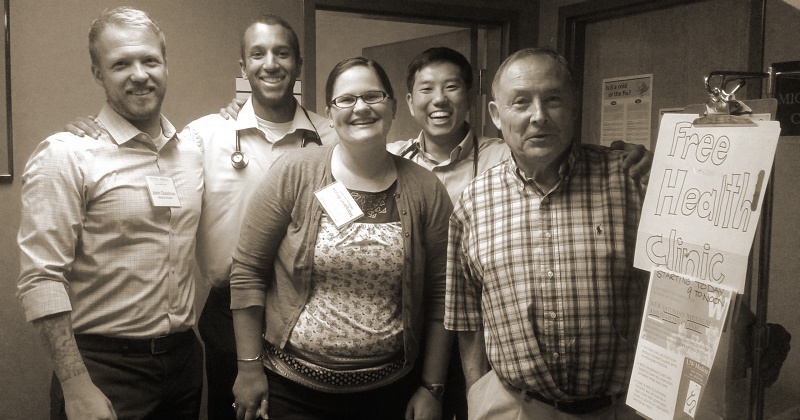 To everyone who gave time, money, food, clothing, laundry detergent, hugs, talents, and hundreds of other things to help the homeless at UGM this year: THANK YOU! Be sure to watch Phil's video looking back at 2017 and forward into 2018.

Still trying to wrap your mind around how you should love the poor? Download our free ebook "God Loves the Poor: What Does That Mean?" for an honest exploration of what it means to love the poor like God does.

Click here to see all articles for the January 2018 issue.