Each year, UGM tries to do something to mark this day – 10/10 – something to say, We see you. We’re paying attention. For the last two years, we’ve been down at Riverpark Square with a big white board, asking people to put a “hand up” for the homeless. Children loved the exercise, and hopefully, it helped to raise awareness of homelessness in Spokane. But this year, we decided to do something a little different. 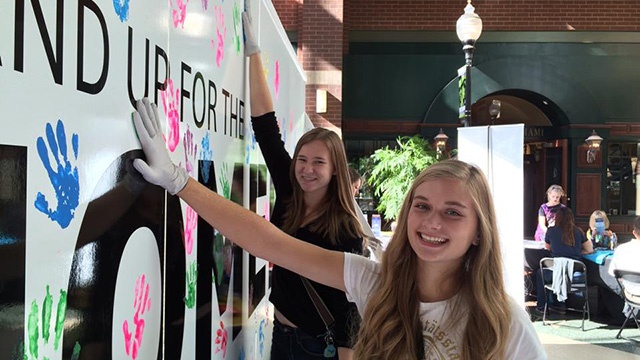 The UGM MarCom (marketing & communications) Team hit the streets ourselves. We went out armed with hot coffee, warm socks and granola bars to talk to people living on the streets. Here are our reflections on the morning:

Barbara Comito, UGM Director of Marketing & Communications: I felt a little foolish telling the people we met on the street today that it was World Homeless Day. These people are homeless. Every day probably feels like World Homeless Day to them.

The first man we saw when we drove up outside the House of Charity immediately caused a crack in my professional facade. It wasn’t freezing out, but it was cold, and he was huddled on the cement in a thin blanket – something much more suited to decoration than warmth.

We went up and asked if he’d like a cup of coffee. “Yes, please.” His lips were cracked and blistered. We added the cream and sugar while he clutched the blanket around himself. We asked how he was doing. “Not very well. People are out to get me. They want to kill me.” I asked why people were out to get him, and he replied, “Because they think I did something I didn’t do.” Delusional? Maybe, but clearly, it felt real to him. He was in anguish, and all I had to offer was a cup of hot coffee.

The coffee went fast. All eight cups were gone in the first 10 minutes. Next time, we’ll have to bring more. We also realized we should have brought softer bars; the crunchy granola bars were a challenge for their teeth – or lack thereof.

I moved on to talk to a man who was kneeling on the sidewalk next to a duffel bag full to overflowing with paperwork. He was talking loudly to himself or perhaps anyone who happened to be within earshot. He accepted a pair of socks, and I asked why he was homeless. He went into a rant about the federal government taking his money. I asked if he had mental health issues, and he stared back at me, “Do you?” Yeah, I had to admit, I do. “Well, they say I’m crazy,” he said.

I felt a sort of helplessness. My granola bars and socks are not going to fix his problems. But we looked into each other’s faces for a moment and smiled. It isn’t much, but maybe it’s something.

One man we met, David, said he wanted to get into treatment. He had just come “home” to Spokane from Wisconsin. We told him about UGM’s recovery program, and he seemed receptive, if a little suspicious. “Do they send you away for therapy?” “Do they have groups?”

We walked to the train station and the bus plaza – common hangouts for people with no warm place to go. Walking under the overpass, we saw remnants of the night – abandoned sleeping bags, cardboard bedding, trash. Everything was wet from last night’s rain.

We ran into Patty, a former resident of Women’s Recovery at Anna Ogden Hall. She had recently relapsed and been at the Crisis Shelter, but she was excited to tell us she had gotten an apartment through Section 8 Housing. She was on her way to a counseling appointment and asked us to help her get connected to a church.

I am grateful to be reminded that homelessness is real and complicatedand painful and that the people experiencing it are people with feelings and emotions and stories, that they are indeed people very much like me.

Merrily, UGM Staff Writer: No doubt, it can be uncomfortable and even feel a little risky approaching someone in conversation. Especially when your life experiences are very different. But I’ve discovered that people are often more open and willing to answer questions than I expect. 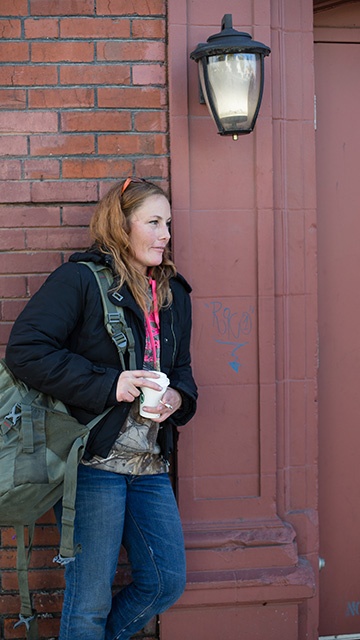 That’s what I observed today as we got out of our offices and went downtown to talk with some people on the streets.

They shared stories of loss, illness, depression that led to losing everything.

I was tempted to feel embarrassed about and guilty for what I have, but the men and women we spoke with had no air of resentment. They actually expressed gratitude and just seemed appreciative someone cared to see them and hear their story – after all, isn’t that what we all want? To be seen and heard.

It may have been outside my comfort zone, but taking a leap and doing something for someone in need was completely worth it.

Jessica, UGM Art Director: One of my greatest discomforts is invading someone’s space who doesn’t want to be bothered. Let’s face it, many of us put up social walls in public places. There are a few things that stood out to me while meeting some of our city’s homeless today. Although our walks of life are quite different, it’s our own social/mental blocks that divide us. It wasn’t our differences that made the interactions difficult. It was my own fear and discomfort that changed the dynamics in each scenario. When I was able to laugh with someone, hear someone’s story and allow time to pass, we became momentary friends. But when I stood back and let my hesitancy create space between us, then it was my problem, not theirs.

My favorite conversation was with Jonathan, who has been deaf since infancy. Though it wasn’t easy to communicate and all I could remember in sign language on the spot was, “Thank you,” he still took time to write out his story and let me, a stranger, take his picture. A listening ear and a desire to share make the best conversations – deaf or not! 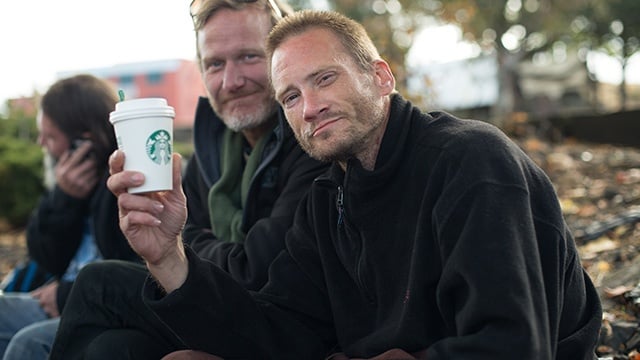 Each person we spoke with today has a hard story. Each person also has great insight into life that most everyone can relate to. There isn’t really such thing as “the homeless” unless we tell ourselves there is. As one man down on Pacific Avenue said today, “We’re people too.”

James, UGM Multimedia Producer: The moment that struck me the most was talking with Gary.

When we walked up, Gary was drinking his morning beer and said, “Hey! Hey, this is what I do! I drink! I’m an alcoholic, I gotta have my breakfast beer”. He said it with a big smile and a hand shake. Gary is a 60 year-old black man from Pittsburgh. He’s got four daughters, prostate cancer and mental health issues. He seemed really happy, and got passionate about two things: kicking his cocaine addiction and his daughters.

He told Merrily, my co-worker, and me about his addiction to cocaine, that it brought him down. He said he’d been in Seattle, but that everyone was addicted to cocaine over there – so he came to Spokane. He’s been clean two months, and that’s when he started to wipe at his eyes. He hated feeling out of it, and said, “It really takes you down.” He talked about working for Labor Ready, getting paid $80-90, and spending it all on his fix before the night was over. He said he felt like he was working for the drug dealer because all his money kept going to him.

Then he went on about his daughters - how beautiful they are, how proud he is, and how one of his daughters keeps getting in bad relationships. He said he didn’t want to have to go back to Pittsburgh and beat some dude up for messing with his daughter. He would occasionally send them money and, again, was SO proud of them.

When I asked him about getting back on his feet, he told me he knows about several resources in town, but he said, “I’ve been putting it off. I’ve been procrastinating. I know where to get help. I just need to do it.”

What’s so amazing about his story is his passion. He loves his family. He’s excited about having quit cocaine, and he’s in a tough place struggling through cancer. His joy was contagious and I appreciate his willingness to engage us so quickly. I hope Gary continues to relish his sobriety from cocaine, finds a great place to call his own, and maybe even has his daughters visit. He’s homeless, but that’s just where he’s at, not who he is.

Hannah, UGM Web Specialist: Although each person had a different story and different circumstances that had led him/her onto the streets, I sensed a longing in all of them to be loved, to have someone come alongside them and show that they care. The highlight of the day for me was walking away from Gary, Dan, Dave, and Jonathan (the group outside the train station), and hearing Dan say, "Those are some nice people." At that moment, I realized that it only takes a granola bar, a pair of socks, and a few minutes of time to show someone that you really care about them. Although Jesus is the only one who can truly meet their deepest needs and longings, I'm glad I got to be a part of sharing the love of Jesus in a small way today.

We at UGM are continuing to learn about peeling back labels to see people for who they are. If you'd like to join us, download this "Lose the Label" study guide set. Go through it in your personal quiet times or with a group! 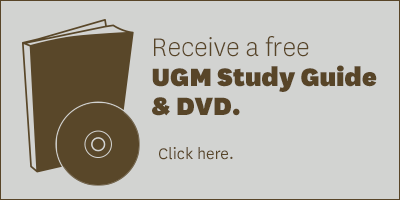