Being homeless can make you physically dirty. Its harsh realities can dull your senses and thicken your skin. It can drive you to do things you swore you would never do.

And it can’t hold back the love and power of the gospel, which God shows through his people every day at the Union Gospel Mission.

Stuck in a cycle

Homelessness has loomed at the edges – and sometimes right in the middle – of Amber’s life as long as she can remember.

Even growing up, she never experienced stability: “having no power, moving around, just not being mothered like I should have been mothered.”

Her friends were just as lost as she was. She cryptically mentions a seedy place she and people she knew on the streets would congregate: “a spot we should not be at.” Until last fall, she’d never had a job. 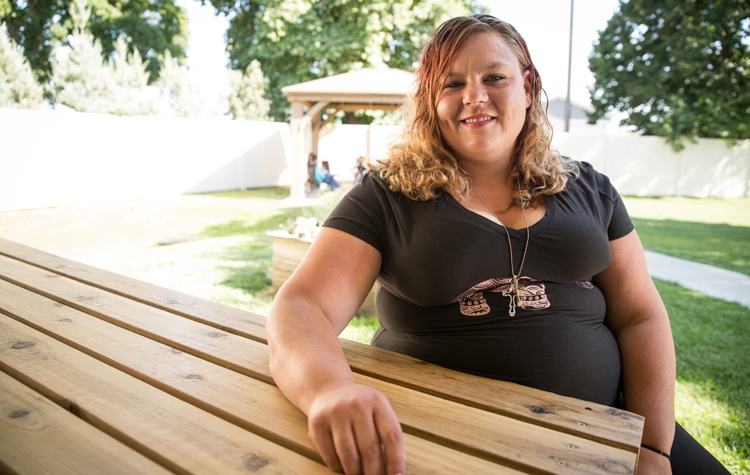 The cycle of “not being mothered” was beginning to repeat in Amber’s life. Amber’s two daughters had been taken away several times after fights got out of control between her and her old boyfriend.

Last November, she started doing better. She got her daughters back; she got a job and an apartment; the boyfriend was gone; she was passing drug tests and several other requirements to keep her girls.

But she had misunderstood one of the rules, and her daughters were taken again because of an issue with her lease, just a few days before Thanksgiving.

“I was doing everything I was supposed to be doing. … I was working, and I got a car and everything. And then they took my kids away. So I lost all hope.”

Amber just gave up. “My kids were taken four times this year, so this last time was just too hard. I thought it was over for me.”

Fear of the unknown

Amber’s despair quickly led her back into homelessness. She quit her job and lost her apartment. She ended up sleeping in her car and couch-surfing with friends. “I was just running around – it’s hard to become sober when you have nowhere to go and you want to be warm, especially in the middle of the winter.”

Occasionally she would drive by the Crisis Shelter and see the UGM sign that promised “a message of hope.” But fear of the unknown kept her from coming in for several weeks.

“I didn’t want to walk away from what I had left out there. It was surrendering myself, and that’s a very hard thing to do… and trust people that I didn’t know.”

One evening in February, “I was out there looking for something to get high on – whatever.” That’s when her phone rang.

It was Amber’s daughter, who said she wanted to “come home” for her birthday March 9. That call convinced Amber she had to keep trying – she had to do something.

“I’ve actually been sober since that day she called me.” 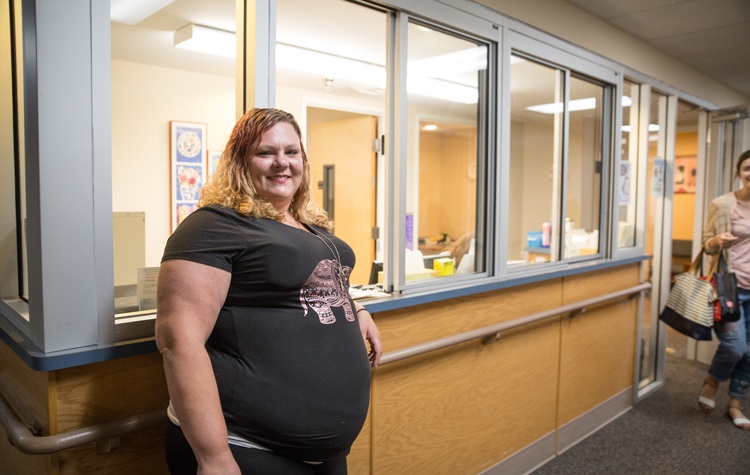 From nothing to everything

First things first: Amber found safety, warmth, food, and accountability to stay clean and sober at the shelter. But those weren’t her only pressing needs. “I came in with nothing. They gave me shoes. … I had to go to court and they gave me an entire outfit to go to court in. I was dirty. It’s hard to shower anywhere when you’re homeless.  And it was wintertime, so you can’t just go into the river or something.”

Amber says she received constant encouragement, externally from shelter staff and internally from God, to go through the many steps she needed to take to get her daughters back. She was perilously close to having her parental rights terminated, and she knew if that happened her girls, ages 9 and 11, might be separated from her and from each other forever.

After making countless phone calls and going to multiple meetings, Amber’s persistence paid off in a miracle: She was allowed to pick up her daughters three days before her daughter’s birthday. They celebrated the birthday together at the Crisis Shelter - a place that felt like home. “They just make the kids feel loved.”

“This place is what brought me and my daughters back together. It makes me cry. It’s perfect that it says ‘Hope starts here,’ because it really does.”

Amber can hardly contain herself talking about the love and support her family has received from the Crisis Shelter staff and volunteers. “Kimmi and Anastasia have never let me give up,” she says. And Michaelyn gave them a prayer to read when Amber and her daughters were having horrible nightmares. They started reading the prayer and the Bible every night before bed. Within three days, they all stopped having nightmares.

Through the shelter’s parenting classes and chapel services, Amber began to gain awareness of how life could be better for her family. Now, she says, her future holds “stability, security, and just a loving home.”

Amber started going to church and was baptized. She also got connected to a weekly recovery group at One North church.

Her first day at the group, before even getting her daughters back, Amber ran into her best friend from high school, who had been sober for three years. She told Amber, “I’ve been praying for you for three weeks. I don’t know why you came to my mind three weeks ago, but I’ve been praying about you.” Three weeks before was when Amber first came to the Crisis Shelter.

“This place saved my life. It really did. I think it’s reassured [my daughters] that happiness is possible. It has made them feel safe.”

Today, Amber has a new job and has moved into her own apartment through rapid rehousing. Pray for her and the girls to continue to receive God’s love and strength for their new family life!