Winning Essay: What I Wish People Knew About Homelessness

"Being homeless doesn't make you less of a person." UGM Men's Shelter resident

We asked men living at the UGM Shelter if they wanted to participate in an essay contest. Several were enthusiastic. The theme? "Tell us what you wish people knew about homelessness." The submissions ranged from thought-provoking to eye-opening to downright humbling. Here are our contest winners:

Like most Americans I never spent much time considering homelessness, much less the idea that it would someday pertain to my life. I found a respectable trade which I excelled in, invested in my education, got married, and had both a five and ten-year plan laid out. My wife and I were seemingly happy, and our lives appeared to be as far removed from abject poverty as could be imagined. I never considered that God’s plan for my life could or would ever be anything other than my plan for my life. Fast forward a little less than three years and here, by the grace of God, I sit in the Life Recovery Program at Union Gospel Mission.

If I am being honest, I suppose that I assumed homelessness and poverty was a choice one made. In lieu of a life within the normal structure of middle-class America, that a person made the conscious choice to be drug addicted, to eat from dumpsters, or to interrupt the morning commute of contributing members of society to beg for spare change. I assumed that all homeless people were there because they were inherently lazy. This is, after all, America, right? The land of opportunity for anyone with a can-do attitude; where doors open for anyone who is willing to pull themselves up by their bootstraps?

As I sit here considering the question that framed this paper I am overcome with tears of humiliation and shame. I am not ashamed that I am at the Mission, no. I am deeply ashamed of the man that I was. I never considered what anyone else who wasn’t in my direct social circle could be going through. I am ashamed of the depth of my ignorance and the hardness of my heart toward my fellow man. I too looked at the people who crowded my vehicle at the intersections during my morning commute as a blight on society. I struggled to not make eye-contact, to not have to see them as hurting people, to not have to extend my hand toward them in an act of kindness because somehow, they might infect my life with their filth. What a retched man I was. I was the one covered in filth and was too arrogant to see how blind I had become.

WHAT I WISH PEOPLE KNEW ABOUT HOMELESSNESS...? I wish people knew that Jesus came to die for that man or woman begging for your change just the same as the man in the nice truck drinking Starbucks. I wish people knew that the person standing on that corner is probably suffering more pain than the average person can begin to comprehend. They have a sincere need for prayer, love, and kindness; more than you can imagine. I wish people knew that being homeless doesn’t make you less of a person; it doesn’t stifle your ability to feel shame or loneliness, it doesn’t mean that the cold nights aren’t brutally cold or that sleeping on the ground somehow doesn’t rack your body with pain. We have hearts that are broken, we have lives that matter, and we are desperately trying to hold on to the hope that today will be better than yesterday.

I wish people knew that being homeless doesn’t make you less of a person; it doesn’t stifle your ability to feel shame or loneliness, it doesn’t mean that the cold nights aren’t brutally cold or that sleeping on the ground somehow doesn’t rack your body with pain. Click to Tweet

I am very thankful for everything that the Lord has brought me through. He has blessed my life in ways I could not have begun to fathom through my time here at the UGM. Where do I go from here? I don’t know exactly, however, I know that wherever the Lord takes me, I will walk in love, in humility, and I will be eternally grateful. 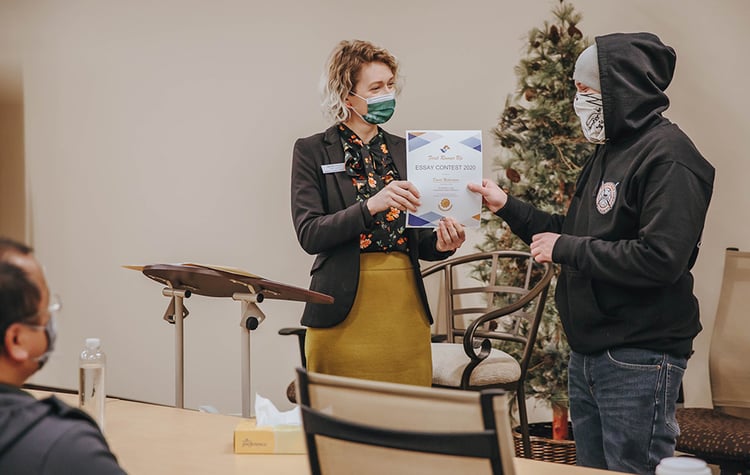 EXERPT: Most of the people that live on the streets today come from broken homes or families, and that causes them to resent people either because they have been burned, they might have had their trust betrayed, or they feel the need to self-sabotage. Self-sabotage is when your personal standards are set lower so that you live in your “comfort zone," which is typically lower due to the fear of failure. 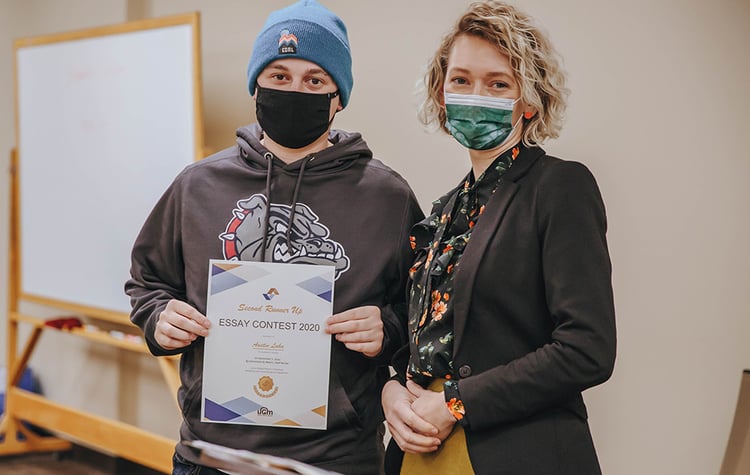 EXERPT: I submit that homeless people are no different than even the wealthiest of people. We want to change; we are desperately floating, trying to get proper help and ultimately survive. All we want is to feel love and freedom from bondage... The men and women I have met on the streets have been some of the humblest people I have had the pleasure to converse with. They are caring, compassionate and would give the coat off their back for anyone else.

Congratulations to our contest winners!

We are so thankful for their voices and their impact on our lives.

If you're looking for inspiration for your quiet times this holiday season, please download our free advent devotional - our gift to you!