Homelessness: Beneath the Surface

NO ONE DREAMS OF BEING HOMELESS… or enslaved to a drug. No one plans to spend their entire life trying to escape pain. Yet today, as many as 550,000 Americans are living unhoused, existing in survival mode. How did they get there? 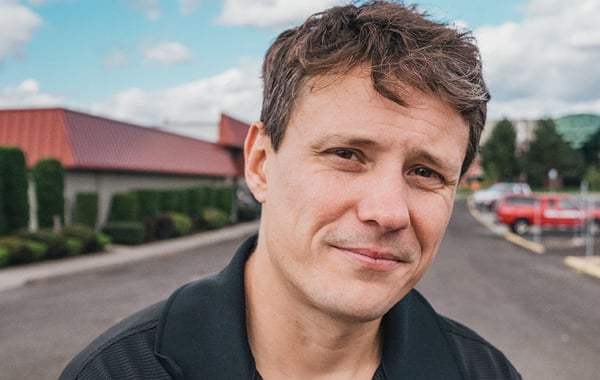 35 years old, passed out in the back seat of someone else’s car, messed up on Speed, Ativan pills, weed and alcohol, Justin was what many would dismiss as a hopeless addict.

“It’s hard for me to feel love,” he says. “I didn’t feel any when I was being raised; my parents really couldn’t show love.”

The middle of three boys raised by an alcoholic mother and an abusive stepfather, Justin became “robotic” in early childhood, learning the hard way how not to awaken his step dad’s wrath.

“It was severe. It was really severe. I developed a lot of anxiety. I would wake up in the mornings, my stomach would be hurting so bad. I was extremely nervous as a kid. And I had a stutter, so that made it worse. People made fun of me.”

With no safe outlet for his emotions, Justin was addicted to multiple substances by 15, and by 30, he had a major anger issue.

Children who experience child abuse are approximately 9 times more likely to become involved in criminal activity.–American Society for the Positive Care of Children

With this anger constantly surfacing and multiple addictions ongoing, Justin couldn’t keep a job, wound up in jail a few times, and found himself sleeping on the streets more often than not, always with a slew of illegal substances in his system. When multiple shelters kicked him out for disruptive behavior, he decided to try UGM.

“When I finally got into UGM, I decided to do their Program. I figured, ‘I don’t have a lot of options left, I should get as much healing here as I can.’”

With 5 months sober, today he has a new life goal: “I’d like to be a stable father figure, an example for my kids. I didn’t meet my real dad until I was 18, so I’m trying to stay in contact with my kids so that’s not their story.” 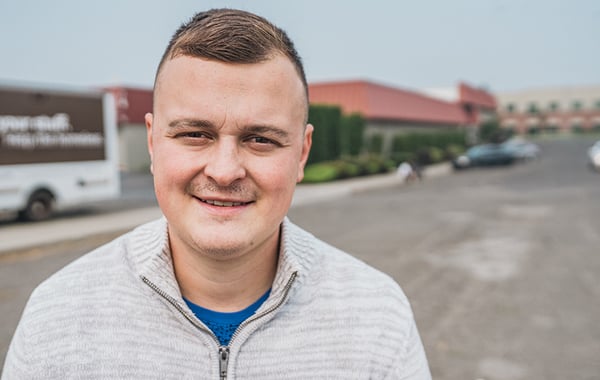 Homelessness is just one of many negative outcomes that correspond with an increase in ACEs. Strong correlations have also been observed for mental health outcomes, including anxiety disorders, depression and antisocial behavior.

“Life was great growing up, you know? Then 12 hit. That incident hit and just went out of control.”

Even when the molestations stopped, Austin was left confused and feeling alone. The shame had wedged a divide between him and his family. At 15, he started getting alcohol from high school friends and learned that it helped him forget about his shame and sense of loss.

“I was using it to definitely hide all of my pain, anger, my frustration, my shame, my guilt, confusion. I used it to hide suicidal thoughts. It was a numbing agent for me. It was kind of like the pills after having my wisdom teeth out. It was to block out the pain.”

Austin managed to graduate high school and start college, but he couldn’t stay sober long enough to succeed. After a few DUIs and getting fired for drinking on the job, Austin attempted to commit suicide.

“I dealt with [the desire] for a long time. But I didn’t want to put my family through that. Until I got depressed enough and I was like, they’ll be oaky. It’s my life anyway.”

His parents intervened, took him to the hospital, and said he couldn’t come back until he had found some help.

“People look at me and they know my family and they’re like, ‘how’d you end up the way you are?’ Well, ‘cause there’s things that happened no one ever knew about.

“So after my stay in the psych ward, I let them take me to UGM. I knew I needed help. I figured ‘If I don’t fix it now, I never will.’ So I got in to Program and just hit the road running.”

Austin rediscovered his faith at UGM. “I think it’s a relationship with Christ, first and foremost, and the ability to express yourself without being judged that create a fulfilling life.”

A year ago, Austin could see no future for himself, but today he is healing from his trauma and restoring relationships. 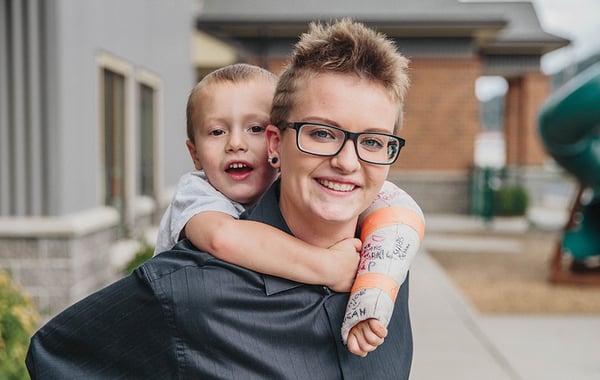 Experiencing child sexual abuse is an adverse childhood experience (ACE) that can affect how a person thinks, acts, and feels over a lifetime, resulting in short- and long-term physical and mental health consequences.

Aslan was only two when her guardian’s brother started molesting her. And he was not caught until she was nine. “I’ve been told it was one of the worst cases in Kootenai County,” she says. But unfortunately, his imprisonment wasn’t the end of the abuse. Her guardian was also physically and emotionally abusive.

“Your mom doesn’t care about you. She went and had two other kids to replace you,” she would say.

At 16, Aslan discovered marijuana and meth. She was already addicted to alcohol and self-harming. “They were ways for me to fill that void of not having emotions. I didn’t have a voice.”

At 18, she reconnected with her mom, but it was too late. Her drug use sky-rocketed, she chose unhealthy relationships, she became pregnant, and by 20 she was homeless on the streets of Portland.

At 21 years old, she spent 87 days in jail, sober, considering her options. “My mom said she’d take me to UGM if I wanted. And I did. I wanted that. The day we came in for my interview, my mom and I were crying. I knew it was where my hope was being found again.”

At UGM, Aslan has discovered her passion and now has the opportunity to raise her son. “The parenting classes are the best. “I like to get down on his level so he sees my eyes. Talking in a soft tone and telling him, ‘I hear you and I know what’s going on.’ And it’s awesome because he will do the same thing back, or he’ll cup my cheeks in his little hands and say, ‘I love you, mom.’”

Today, Aslan is preparing for a career in cyber security. “I just got hired on at my practicum. It’s at System Restore. I have this goal to be a part of the Save Our Children movement to help those who are being sex-trafficked. I want to be the person that finds where the coordinates are to find the operation and take it down.”

Adverse childhood experiences can set a person on a life-long path of self-destruction. Your partnership helps them heal. UGM offers a holistic approach to Recovery that addresses ACEs, provides a homelike structure, and brings the love of God into the lives of those seemingly wounded beyond repair.