How my dad’s recovery changed my life 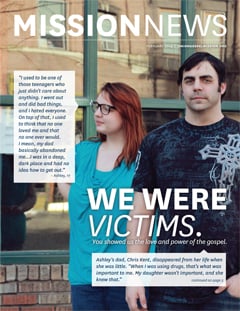 Editor’s Note: Ashley and her dad, Chris Kent, were featured on the cover of the February 2014 Mission News. Chris was absent from Ashley’s life for over a decade. “I’m a recovering heroin junkie,” he said. “I was on the needle – between meth and heroin – for six years.” He spent three years in and out jail. “When I was using drugs, that’s what was important to me. My daughter wasn’t important, and she knew that.” His absence, Ashley said, made her feel unloved and unimportant. 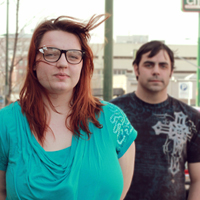 Chris graduated from the UGM LIFE recovery program back in June 2011. Even before he graduated, he had begun working to restore his relationship with Ashley.

You may look at me today and see a strong Christian.  God plays the biggest role in my life.

But it was not always this way.

I used to be one of those teenagers who just didn't care about anything. I went out and did bad things and I hated everyone.

On top of that, I used to think that no one loved me and that no one ever would. I was in a deep dark place and had no idea how to get out. 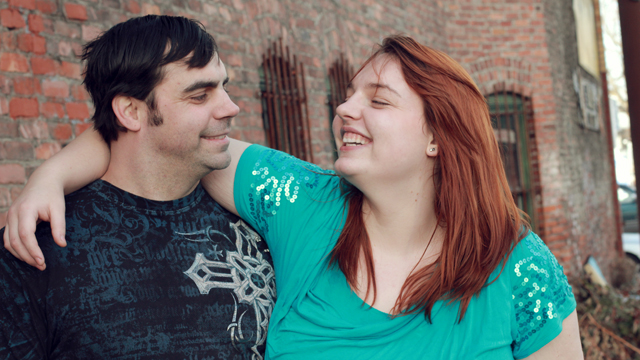 It's funny, 'cause the first time I remember meeting Katie (my dad’s wife) and kind of re-meeting my dad, I came down to be in their wedding. At first I wanted nothing to do with either of them. I mean, my dad had basically abandoned me, and I was still trying to get over it. I participated begrudgingly.

It took me less than a day to see that my dad had changed, and Katie just had something about her that drew me in. They both had this kind of light to them, and I didn't know how to take it.

My life in Yakima wasn't all that great, and pretty soon, I had to go back. I felt like I didn't belong anywhere, and it was harder than ever to be even remotely happy. I continued to talk to Katie and my dad occasionally. Then, one day they told me that, if I was interested, they would pay for me to go to camp. The youth camp that I had been going to was the biggest bore ever, and I could hardly see how this one could ever be any fun. Plus, it was a Christian camp, and at that point in my life, I wanted nothing to do with God. Still, in my cynical mind, I thought, Maybe I could go just for them to pay for me. (Great thought right?) Ha, you see God can make change even through the darkest of things, and God had just begun on me.

I went to camp expecting nothing. The first day was drab, and I was determined not to like this camp experience. Then the influence of people and wanting to fit in came into the mix. I started raising my hands and singing half-heartedly.

I remember going to one of the services and finding out it was a revival service. At the altar call, I stood back and watched and watched…until finally I saw the look on most of the youth's faces. They had something – something I wanted. 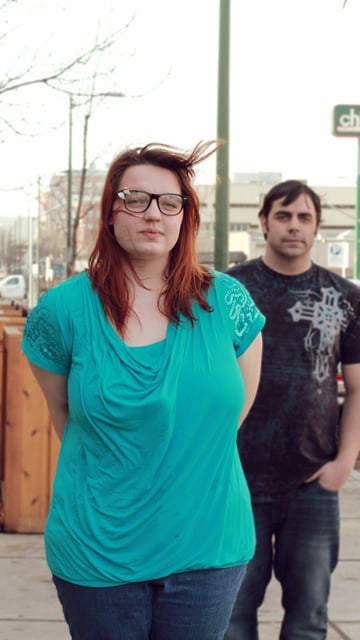 Being led by something inside me that I thought I had forever bottled, I walked up and began to pray. Pastor Amaryllis (one of the youth pastors at camp) turned around and anointed me. She began to pray, and I began to feel love, something I had been so deprived of, and I got the sense that I was forgiven – finally and wholly – and I dropped to my knees and wept.

I wept for all the past years, for all the things I had gone through. I wept for the present and what I was currently going through; but most of all, I wept in sheer and utter joy. A joy that there is such a grace-filled God, a God of mercy and love, a God that could conquer anything.

Around this time my dad realized what had happened to me, and he came over and threw his arms around me. That doubt I had welling up inside me – about whether or not my dad was truly changed and if he actually did love me – dissipated. And I knew. I knew that no matter what God would take care of me and I would be fine.

I knew that my dad loved me, and I knew that my past was no more. Since then, it has been a journey to get where I am, but I would not change a thing. I am truly and irrevocably grateful for the change God brought to me.

Read more stories of hope and transformation by signing up to receive the Mission News.

The Gift of Talk Therapy for Homeless Men
In Their Words: Two Men Share Their Stories of Recovery
God-Dependent Ministry: One Woman's Example
Jessie: Hatred Fueled by Trauma & Neglect
Is Housing the Answer to Homelessness?