Those experiences left emotional wounds that were covered up and left to fester. The children became adults and sometimes looked fine for years, but the wounds were still there.

Left alone, that pain grew until it couldn’t be ignored and they’d do anything to make it go away.

That’s why people who have gone through multiple traumas as children are 7-10 times more at risk for alcohol and drug abuse, with all its destructive consequences.

The following stories are hard to hear – even harder for them to tell – but only by listening to the stories can we begin to understand how those wounds can be healed. 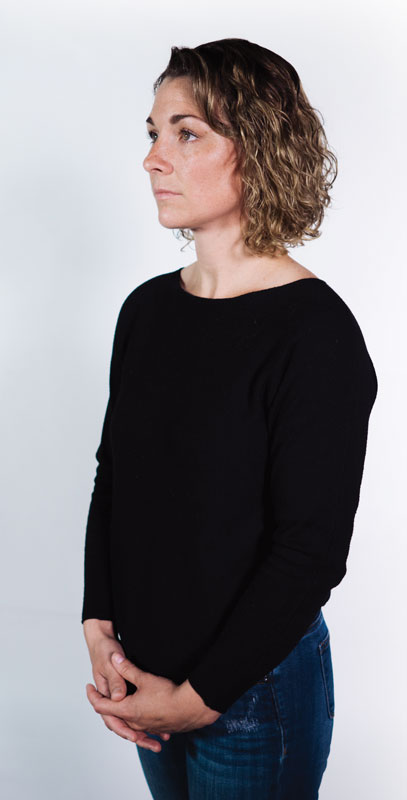 “It’s hard to say where I’m from.” Samantha knows she was born in California. But her childhood memories are a blur of moving from state to state, running, going to a different school every few months.

Never having a permanent home. Never making friends. Both of Samantha’s parents were drug addicts. When she was six, her mom took the kids and left her dad, who had abused them physically and emotionally.

By the time her mom entered Women’s Recovery at Anna Ogden Hall, Samantha was 14. There, she got to know Jesus and was baptized. She even volunteered at UGM Camp for several years.

But she didn’t know the extent of the hidden damage from her past. When at 20 she met her first boyfriend, who was an alcoholic, she was deeply vulnerable.

“I had never dealt with abandonment issues, unworthiness, hopelessness from not having a father, from coming from such a dysfunctional, broken family. … It didn’t take long for me to take on that path with him.”

At first, it was wonderful to feel loved and pursued. But that didn’t last. “The relationship became very similar to my mother’s relationship with my dad: Physically, verbally, mentally, emotionally abusive in every way possible.”

Over eight toxic years, Samantha tried leaving several times, but she would always go back. “When you grow up without a dad, or any men for that matter, in your life … to be desired and wanted and loved and sought out and valued, what I thought that was – it was pretty intense. It was hard to walk away from.”

Stephanie sums up her childhood in a few phrases: “A lot of broken promises, fighting, a lot of neglect, never being told I love you. No affection or encouragement from either parent. No stability. No structure. No safety. I was on my own.”

Stephanie’s parents were both addicts. Her mom hoped Stephanie’s father would marry her when she got pregnant, but he didn’t. “When my dad didn’t want to be with her anymore, she hated me for it. She was trying to save the relationship and it backfired, so she held that against me.” 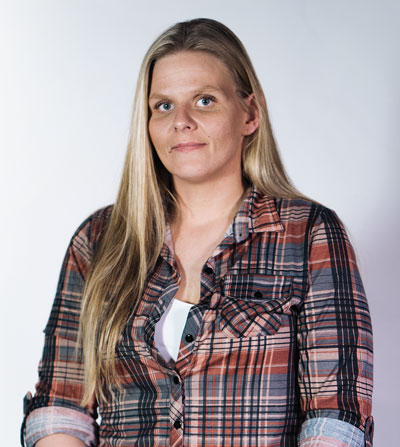 One weekend when Stephanie was 12, she came home from a friend’s house to an empty apartment. Her mom had moved to Texas with her 20-year-old boyfriend and Stephanie’s 18-year-old brother.

“She left me a note saying there was no room in the car for me.”

Stephanie managed to stay in school until ninth grade – living with friends and relatives, some of whom were addicts. “I started smoking pot, dropped out of school, and by the time I was 17, I was a full-blown meth addict.”

Fifteen years later, Stephanie was sitting in jail. She had lost custody of her children.

“This is it,” she thought. “Life will never be anything more than suffering and misery.”

Justin’s parents, both addicts, split up when he was 5. His dad told Justin he’d have to choose which parent he wanted to live with. Justin went with his dad to the Tri-Cities area where they bounced between various family members. His dad’s addiction and Justin’s anger issues prevented them from staying anywhere long.

Justin and his dad were homeless for two years, living in their van when they had nowhere else to stay.

When Justin was 9, his dad met his stepmom, who helped create a stable home life. Justin thrived under her care. He started going to youth group and gave his life to Christ. 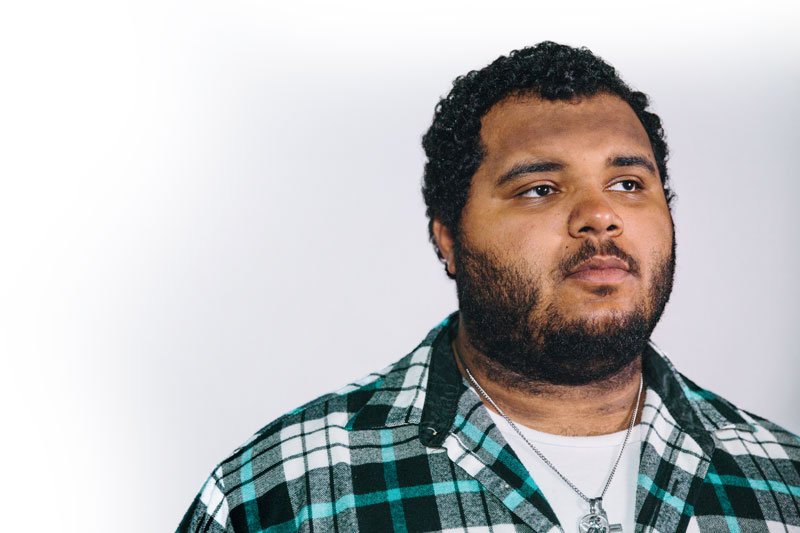 Justin exceled in sports and academics and was offered a scholarship to WSU. His life seemed near-perfect, but on the inside, Justin struggled with depression and thoughts of suicide.

When he went away to college, he started partying. He was addicted to meth and heroin within six months.

“I dropped out of school, and I moved out of my parents’ house, having nowhere to go. I just kind of lived on the streets out of my car or whatever. I got involved with violent gang activity. Eventually, it all caught up with me, and I got arrested for the first time when I was 18.”

By God’s grace, none of these stories ends here. Each person encountered someone who brought them to the Union Gospel Mission.

Samantha knew what she could expect at Anna Ogden Hall: “Walking through the yucky stuff, the stuff we’d all been running from.”

What made that possible was “being surrounded by a lot of people who really, really deeply love you” – people who would point her to Christ.

Samantha was able to confront her false sense of worthlessness. The program reinforced over and over “that I was worth it, that I was valued, that I was important, that I was totally loved just as I am.”

Stephanie’s change began when she met a jail chaplain who introduced her to Jesus Christ and told her about UGM. “He was the first person to believe in me. You can’t imagine how big of a difference that made. I began to see glimmers of hope.”

At the Center for Women and Children, “People accepted me and liked me in spite of my past. And that love and acceptance began to change me.”

The healing really took hold for Stephanie when she forgave her mom. She recognized she had done many of the same things to her own children that her mother had done to her.

Stephanie has been reunited with two of her children, found her own place and a job and is constantly thankful for the healing that allows her to live in freedom. “Every day, I lie on my couch and look around at my life. I can’t believe it.”

Over time, Men’s Recovery helped Justin find his purpose. Justin did his UGM business practicum with Youth for Christ and got a job working with children with disabilities.

“Trying to shift and find my identity as a child of God was a struggle for me, because always in the back of my head was that sense of, ‘Why did God let this happen?’ But through my journey here … and seeing where I think God’s leading me to work with kids, I understand why I went through what I went through. I found my identity.”

Click here to see all articles for the June 2018 issue.