God changed me through UGM.

The following testimony was given by Phil Reese, UGM Recovery resident, on Easter Sunday.

In January of 2017, I was nearing the end of a four-month meth binge. I think I slept five or six nights that month. On February 2, I snapped; my mind and body simply would not keep going any longer. I started listening to the demons I had been trying to ignore for a month, and what’s worse, I began doing what they were telling me to do.

I became convinced that my girlfriend and the neighbors were planning something terrible, so I walked away. Actually, I ran. I was terrified.

The “voices” directed me to a house about a mile from mine. I just walked right in. The people who lived there were home. Somehow, I snuck past the woman on the couch, up the stairs, and past her husband who was putting clothes in a dresser. I had no idea what I was doing. I had completely lost touch with reality.

The man soon discovered me and we began a brief physical altercation. I could tell he was terrified. So was I. Somehow I got back down the stairs and outside. I was in custody  20 minutes later.

There was talk of giving me 7.5 years, and I knew I deserved it. As I reflected on my life, I began to see how broken I was.

I had been at gunpoint with the police many times before this one, used meth and whiskey many times to extreme excess, lost everything I owned and everyone I loved - many times. Lost my freedom - many times. Been homeless and suicidal - many times. There was something seriously wrong with me, but I had no idea what it was or how to fix it.

Alone and facing more hard times, I turned to God. I asked Jesus to take away my addictions and to come into my life as Lord and Savior. I admitted to him and to myself that I could not manage my own life.

I had finally come to the end of myself. And there, in my weakness and defeat, he began to work on my heart.

I serve a big God, a God of miracles, love and forgiveness; and though I believed I would begin my walk with him in prison, he had a different plan. After just 5.5 months, I was released.

I was at the east door of UGM an hour later. I needed the program. Though I was saved, I still carried all that confusion and anger. I had met graduates when I stayed here the first time, many of them seemed to have found that elusive “something” that I longed for, and I wanted it.

Over the past 16+ months, I have poured myself into this program. I found that my worldview and belief system needed major overhauls. In counseling, groups and classes, I addressed wounds from as far back as birth, (I was born addicted to heroin), and I began to heal from those wounds.

Another thing I’ve learned is that one way God can express his love is through his people. In the beginning of my program, I began to understand that I had severe social and relational problems as a result of abuse, neglect and addiction in my childhood home. I've been very intentional in moving toward learning how to do relationship in healthy ways.

Today, I’m convinced that people are the most important thing in the world. Being connected to other healthy people is vital to my recovery. 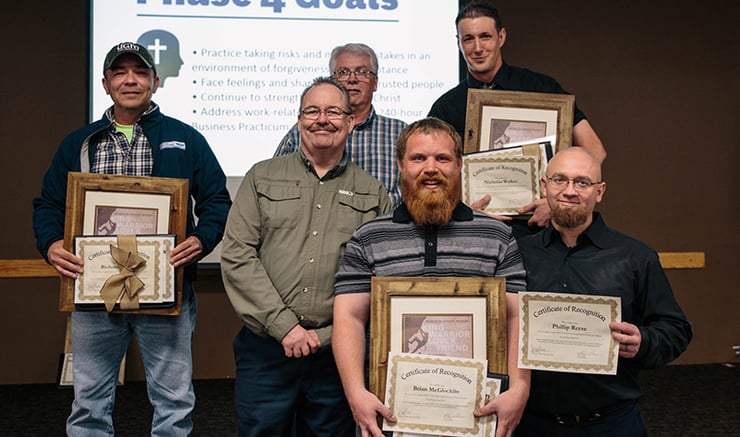 I had also amassed a lot of guilt and shame over the years. I have hurt many people. I have done shameful things. I have carried a belief that if people really knew me, they would despise me. Through counseling, confession and the gospel of Jesus Christ, the lies of guilt and shame are gone. Replaced by a godly remorse that tells me that I can forgive myself because God has forgiven me. I will also attempt to make amends with the people I have harmed where possible.

So I'm not “fixed” by any standard, but I’m not confused anymore, I’m not ashamed of myself, and I'm no longer angry. I have begun to experience peace and joy and hope for the first time in my life - peace in my heart, joy in each day God has made, and all my hope in Jesus.

‘For I know the plans I have for you,’ declares the Lord, ‘plans to prosper you and not to harm you, plans to give you hope and a future.’ - Jeremiah 29:11

I begin my new job on Friday at a place where Christ is encouraged. I love the church I attend and the AA meeting I go to on Tuesdays. I have tons of friends and even some close ones. I don't know what the future holds for me, but God does, and that's all I need to know. 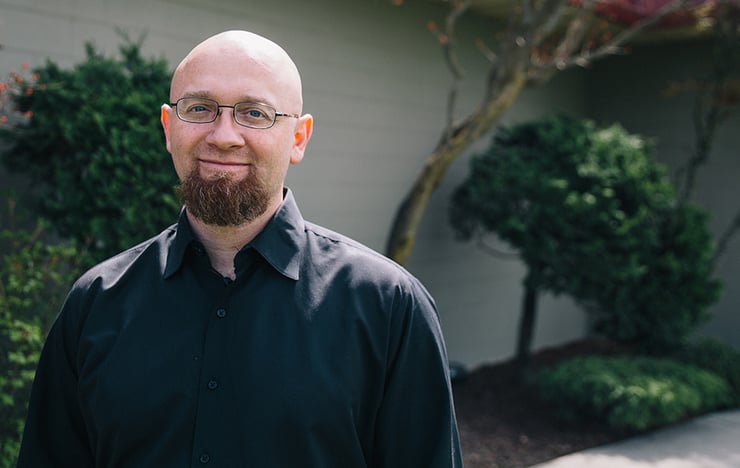 Phil just celebrated finishing Phase 4 of LIFE Recovery and is beginning his transition out of UGM. Please pray for him and our other residents who are in this process! If you want to read more stories of God changing lives at UGM, sign up for our newsletter below.