Life Transformation Begins with the Gospel.

You’ve probably heard us say it before, but we don’t want there to be any mistake: UGM cannot change a person’s heart. Only God can do that. True life transformation begins with a heart change, and that’s why we’re so committed to the gospel message: God loves you. He wants a relationship with you, a relationship unlike any other you have ever experienced, one based, not on your performance or what you can do for him, but solely on his commitment to you. Jesus, God’s Son, came to die, pay for our sins, and be resurrected to new life so that we might enjoy the full benefits of being children of God.We asked three men staying at the UGM Men’s Shelter why the gospel was central to their recovery.

When Mark was 16 years old, his dad came to him with a grave observation: “Someday, Mark, you may need to be the man of the family.” Later that same night, Mark’s dad left and moved to the other side of the country, leaving him, his mom and his younger brother without any explanation. He never came back.

Six months later, Mark moved out on his own. He thought he needed to give his mom one less person to worry about. A junior in high school, Mark went to school during the day and worked at night in order to pay for his room and board. It was a huge weight, but he managed it. When he walked across the stage to receive his high school diploma, no one was there to celebrate with him.

And so Mark came to believe: I am alone in the world. No one is going to help me. I cannot count on anyone. I must do everything myself.

As you can imagine, eventually, that false belief led to significant problems, most notably, alcoholism and despair. “I just didn’t even care if I lived.”

Mark sees his past as one big “struggle for love and belonging…The devil just had me running.”

“I was just stuck in that dark place. I didn’t have God, so of course I couldn’t get out of it.”

Today, Mark has 11 months sober, and he is walking day-by-day with Jesus. 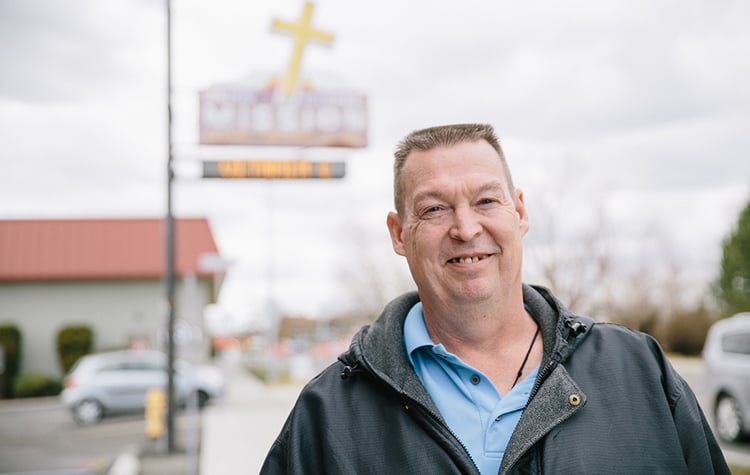 “I am loved. I am not alone. I have a father, a good father. He was with me the whole time. He allowed me to get to my lowest point and then gave me the out.

“I’m calmer. I sleep. I don’t have the anxiety. No matter what, I can face my problems with Christ. God brought heaven down. I have friends. I have people who care about me. I found the love and belonging I was looking for.”

Mark shared this verse with us as one that is particularly meaningful to him: “I am the light of the world. Whoever follows me will never walk in darkness, but will have the light of life” (John 8:12). Below it, he wrote: “I am not alone.”

Dustin spent seven years hopping freight trains and traveling throughout the 48 contiguous United States. He lived in a tent and numbed his fear of other people through alcohol. Being under the influence was the only way he could engage socially.

Growing up, Dustin was labeled “mentally disabled” and often found himself the butt of other people’s jokes. When he was drinking, he didn’t seem to mind. He became the “party clown” and played along, but without the alcohol, he was frozen.

“I used to look at people in fear. I did not have intimate relationships, only surface ones.”

Before coming to UGM, Dustin nearly died. He had alcohol poisoning, sleep apnea and walking pneumonia. His liver was severely damaged. Within nine months of being here, his liver function had returned to normal; he had lost a significant amount of weight and been fitted with a CPAP machine for his sleep apnea. He believes God saved him for a purpose, and it doesn’t involve surface relationships.

For a sensitive guy like Dustin, however, changing isn’t easy. It’s a process. 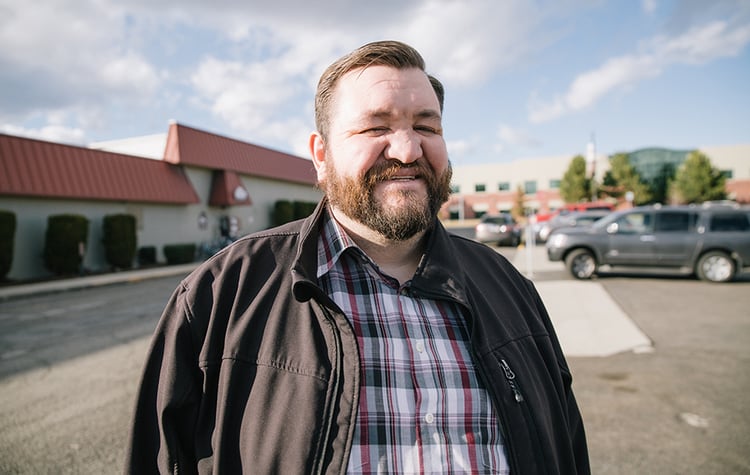 “It’s only if you are drawing your love from Christ that you can have relationships without fear.” And relationships are important. Dustin knows he can’t hide from them. “God speaks through multiple directions – one of them is through people.”

When we asked Robert what a relationship with Jesus means to him, he said quite simply, “Everything.”

After his wife left him, Robert fell into a deep hole. He was a functioning addict, still working, but using “copious amounts of drugs… I was trying to kill myself really.

“All I wanted was not to hurt anymore, so I did everything I could to numb the pain. Didn’t matter who I hurt. I didn’t really have any purpose, and it’s really hard to exist without a purpose. I can’t really call the last few years an existence.”

Robert said he abused every relationship he ever had, and in October, his last friend told him to get out. “I lived in a couple of parks, survived on a half a loaf of bread a day” when an elderly woman who had given him some warm clothes told him he needed to go to UGM. And he did.

The first person Robert encountered showed him love. Listened to him. Told him it was going to be OK.

“I had the most wonderful…I had a genuine encounter with God. And I can say that now because the fruit of my life is totally different.

“You can’t have an actual encounter with God and be the same after that. It’s not possible. The way I think is different. My motivations are different. Each decision I make every day is different. My addictions were broken in a matter of about a week. I don’t smoke. I don’t drink. I don’t cuss... Gone. I don’t even have the desire to be around drugs of any kind. And my addiction to women was broken. And I think that was the most important part to me -- that I stopped using people physically. 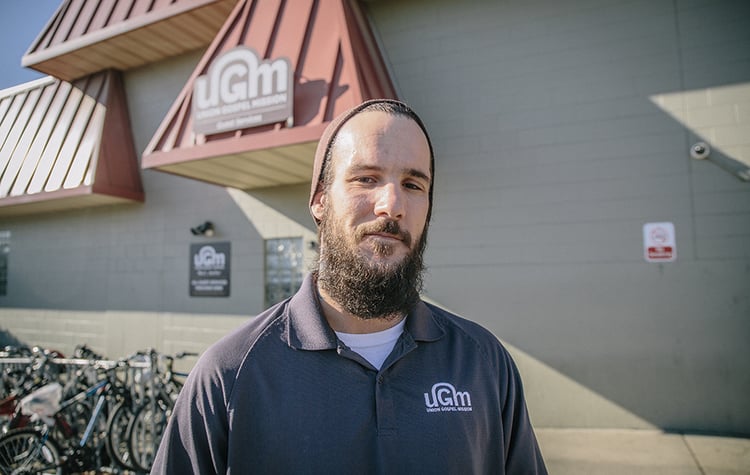 "A lot of days, I thought it would have been better just to let me die. But that’s not what happened. And I’ll spend the rest of my life grateful, telling people exactly what happened to me and exactly what the change has been in my life, because it’s been overwhelming.

“I have a reason to get up and breathe again. I found a purpose – not just for my life but in helping others.”