The UGM Residents You Didn't Know About

For years, the reader board at the UGM Crisis Shelter for Women and Children on East Sprague read, “Hope starts here.”

The Crisis Shelter has a bigger, more suitable facility now. But hope is still budding at that old motel building.

It is now the UGM Student Impact Center, a fusion of residential and community space where college students live and reach young people at risk in Spokane. Those 12-15 “resident interns” serve at least 8-10 hours a week on top of their full class schedules.

The Center is a brainchild of Youth Outreach Director Ryan Brown and his heart to train up and empower young adults to become strong leaders, following God’s call to reach the poor and vulnerable.

Meredith McFall is one of those young leaders.

Meredith came to Spokane from her New Mexico hometown to attend Moody Bible Institute. As soon as she started at Moody, she started to plug into the community by volunteering at UGM.

“I was just feeling very strongly convicted to sit down with some homeless people and have lunch with them, but I was intimidated because I know nothing about what they go through on a daily basis.”

Her involvement quickly grew to a whole lot more, as the relationships she built came to be some of the biggest joys of her life. She realized that people of all backgrounds can build strong relationships on the foundation of Jesus Christ.

“There are a few ladies that I met at Anna Ogden who are some of the most joyful and strong Christians I’ve ever met.”

Meredith lived at Anna Ogden Hall for three months when the opening of the Student Impact Center was pushed back by delays at the new Crisis Shelter. She enjoyed going jogging with the residents in the recovery program and getting to know them better. 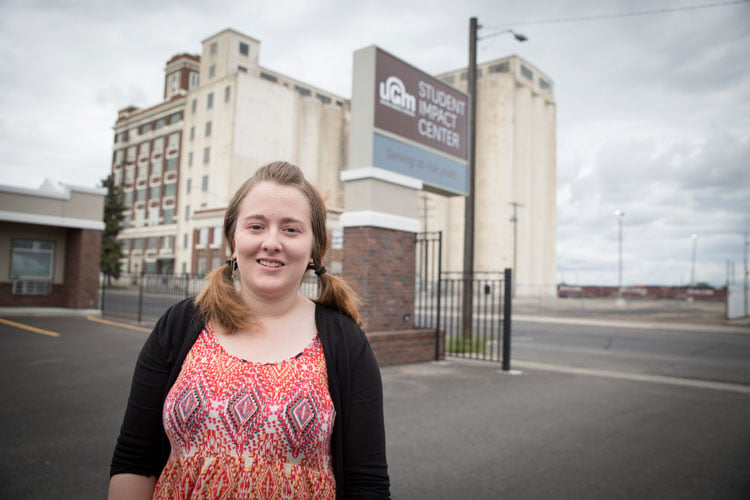 And her service with UGM evolved and grew. As part of the Youth Outreach Student Impact team, she also mentored a student at Rogers High School for two years. She even taught an art class in the parking lot of the old Crisis Shelter before it moved.

Now, Meredith is a resident intern at the Student Impact Center and a big part of what makes it unique. Because they actually live there, the interns provide a warm, homelike atmosphere for the youth who come there to hang out because they know they’re loved and they belong – they’re part of a family.

Resident interns like Meredith see their role as much more than putting in hours as part of their training.  “We’re supposed to serve a certain amount of hours every week, but it’s such a joy, because the people that we’re meeting, we’re forming incredible relationships with them, and the heart of those relationships is what makes UGM such a wonderful place.” 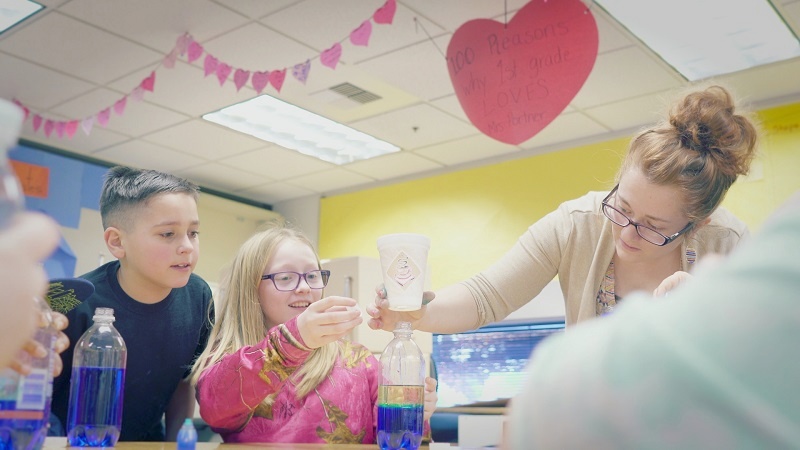 Meredith is also in charge of UGM’s Young Club after-school program at Stevens Elementary School. After volunteering in that program for a while, she was prepared to take the reins because she saw its impact:

“The most special thing to me is seeing change in people. There have been a couple of kids who I’ve worked with in my program who came in and were just – honestly, kind of tyrants. They were rough to work with, and at first it was just really difficult for me. Sometimes it’s hard to see what God can do in that. But now … some of those kids that made me the most apprehensive and nervous are now some of the biggest joys in my life. And they come in and they have so many positive things to say. Their attitudes have made a complete change, and I really believe that it’s because they have solid Christian influences in their lives because of UGM.”

Meredith has transferred to Eastern Washington University and is working toward being a nurse practitioner. So  – surprise, surprise – she’s also volunteering in UGM’s medical clinic.

“If I didn’t get to volunteer in the places where I do, my life would be a little boring and not nearly as enjoyable,” she says.

For Meredith and other college students in Youth Outreach, Ryan’s vision to raise up young ministry leaders is taking shape in a remarkable way. Meredith says it best herself:

“I think that UGM has helped prepare me to go into the mission field once I graduate. I have built a lot of wonderful relationships here and have gotten to interact with a large variety of people. I have also gained valuable experience in leadership, empathy, responsibility, fellowship, and conflict management.

“More than anything, I think that my time at UGM has made me more passionate about long-term ministry. Prior to volunteering with UGM, I’d never volunteered in any one place for more than a year. As I approach my fourth year with UGM, I’ve realized that a long-term commitment has allowed me to develop deeper relationships and a more valuable ministry than I’ve experienced before. This is something I will aim for in my career as a missionary too.”

The future of ministry is bright in these passionate, dedicated, and – thanks to God’s work and Ryan’s vision – experienced young adults.

Do you want to join Meredith and serve in Youth Outreach? Click here to get started!