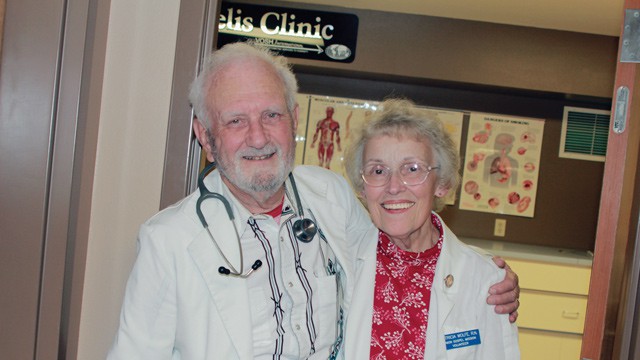 Dr. Charlie and Pat Wolfe were recognized with the Life of Service Award at this year’s Volunteer Appreciation Event. Charlie has been a member of the Union Gospel Mission Board of Directors since 1995 and a member of the Foundation Board for the past five years. He and his wife, Pat, a registered nurse, have served side-by-side in the UGM Medical Clinic since 1997.

“One of the biggest faith builders we’ve had in our lives,” Charlie said, “is to see what God has accomplished through the Mission.” He said they have seen miracles on both an individual and a ministry level.

Dr. Wolfe was helping UGM even before he started volunteering. As a member of the Washington State Legislature, he sponsored a bill that authorized the State to pay malpractice insurance for doctors volunteering at free clinics. That coverage has enabled hundreds of doctors across the state to care for the poor. 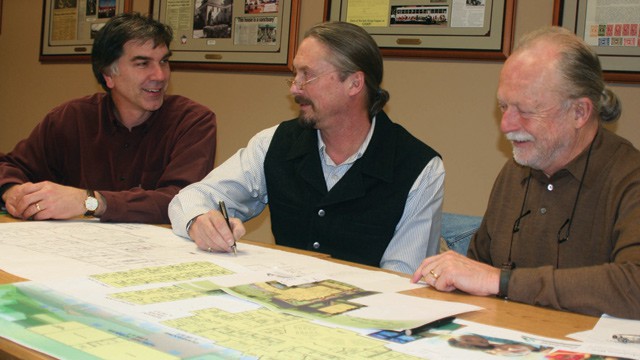 Albert Arend was one of UGM’s founders. The 2014 award that carries his name went to David Cooper for his outstanding contribution as project manager for the UGM Center for Women & Children in Coeur d’Alene.

In the fall of 2010, David said, he was talking to his wife about his impending retirement and how he might give back to the community. A few days later, Richard Penn, his neighbor and UGM Board member, asked if he would like to help with UGM’s expansion into Kootenai County.

“Of course, I said yes, and I couldn’t have asked for a better project to complete my career. The team – Architects West and their consultants, Leone and Keeble and their subcontractors, and all of the people at UGM – were super. We were all on the same page as to what we wanted to create and everyone did their part. I’m happy and proud to have been able to contribute.”

UGM Executive Director Phil Altmeyer had this to say about David: “To have someone with his expertise representing us and managing this project was an incredible blessing. And on top of that, he was just a joy and delight to work with.” 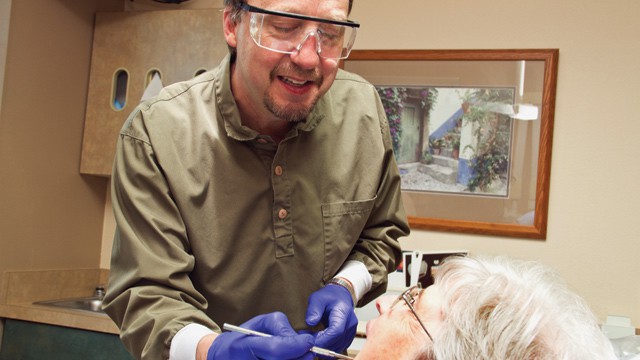 The dental clinic is open and operating at the UGM Center for Women & Children in Coeur d’Alene, and it’s pretty safe to say it wouldn’t have happened without the leadership and persistence of Dr. Marty Hann. In addition to volunteering his own time one day a week, Dr. Hann put UGM in touch with A-dec Dental who donated all the equipment. UGM is now prepared to meet the dental needs of our residents in Coeur d’Alene, adding another vital layer to UGM’s whole-person approach to caring for the poor and homeless.

Click here to see all articles for the August 2014 issue.