In the 37 years since he joined the Navy out of high school, Jody Littleford has worked. Hard.

But the most important thing to Jody was to be there for his young daughter. So when she moved with her mother to Spokane, he had no hesitation about dropping everything.

“I promised her when she was 10 days old that I wouldn’t leave her side until she at least graduated. So I moved here and sold my house.” 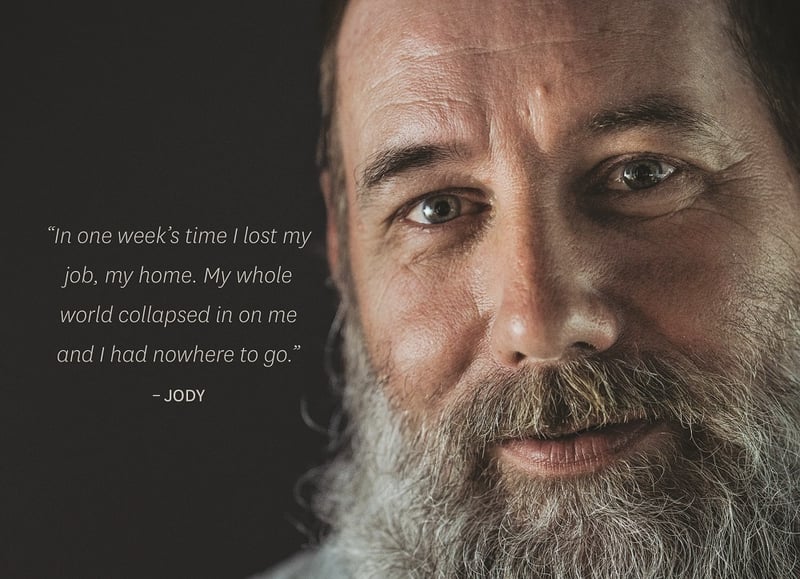 But that was in 2001, and jobs weren’t plentiful. Jody was living out of his car while he looked for work, but nine months went by and he still couldn’t land a job.

“It was February when I decided it was way too cold. I got out of my car and I stayed at UGM for almost two months.”

During that short stay, Jody got a job and was able to get established in his own place again. But he came to appreciate how hard it is for those who have been homeless, even for a couple weeks, to get work.

“Time is against them. If you’re [sleeping outside] and you don’t have a shower and don’t have rest, it’s hard to go in front of an employer and do an interview to get a job, when you smell like a pine tree. It’s tough.”

Jody continued to work hard, and more than a decade passed before the pains started in his legs.

“Being the stubborn male that I am, I didn’t say nothing of them. The weekend passes and the ankle goes back to normal and you go back to work.”

Then his chest started to hurt. Finally, it was just too much.  “Every time I breathed, it felt like a sword going through me.” He called a friend to take him to the hospital.

The news wasn’t good. Doctors said Jody had large blood clots in his legs and his lungs, and he was fortunate not to have suffered a massive heart attack.

“If you’d waited one more week, you probably wouldn’t be with us,” they told him.

Jody spent a week in the hospital. The doctors put him on blood thinners and told him to forget about going back to work if he wanted to stay alive. For Jody, no work meant no home.

“It just devastated me to lose my job,” he says. “I had zero savings to fall back on. I had one child I needed to help raise. I was paying child support on top of that, and there’s not a lot left at the end of two weeks. It goes to bills, food, child, life. … In one week’s time I lost my job, my home. My whole world collapsed in on me and I had nowhere to go.” 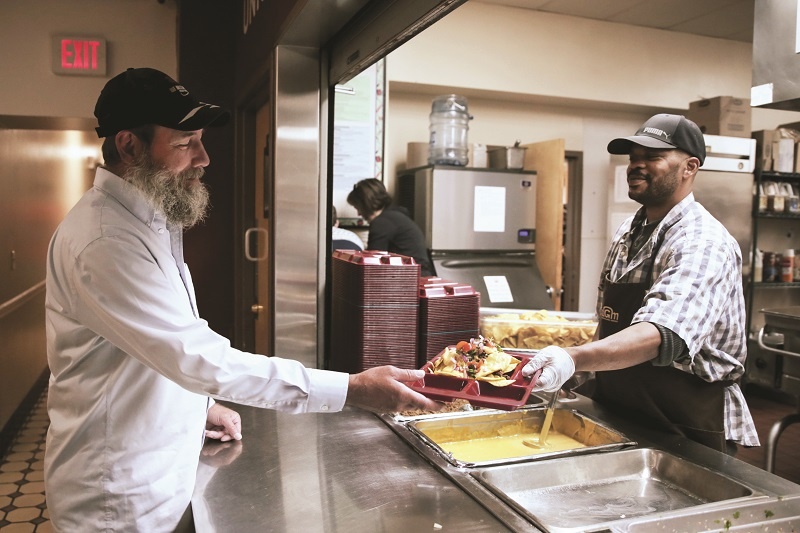 Unable to work, Jody applied for disability benefits. His application has been stuck in the courts for 18 months, waiting for a judge to review it. Without any family in the area other than his teenage daughter, he could only think of one place to go while he waited.

“I’m high-risk for stroke and heart attack, and if I had to live under a tree, I would probably not be here. The Union Gospel Mission has really helped me out.”

Jody exudes gratitude when he talks about the basic necessities he gets at UGM: three meals a day, showers, a safe bed each night. “You can go to sleep and not have to worry about who’s going to jump you.”

But his favorite aspects of the shelter aren’t as tangible. He enjoys the camaraderie among the residents and his friendships with staff, volunteers and fellow guests. “I was used to doing for myself. But now I realize that when you do for others, it’s better. It’s much better.”

Plus, there’s chapel. Jody loves chapel and the variety of groups that conduct services each night. He could hardly wait until UGM’s July 31 baptism service to be baptized.

Jody’s gratitude has turned him into an ambassador to people he sees living on the streets: “I keep telling everybody I see out there, ‘The UGM, I’ll take you over there.’ … I mean, a shower every day, three square meals, a roof over your head when it’s storming outside – you can’t beat that.”

Jody didn’t expect to end up homeless, but he’s thankful for those who looked past that label and gave him a helping hand by partnering with UGM. “You walk into UGM and the arms are open and everybody appreciates you being there. The UGM has picked me up when life had shut me down.”

Click here to watch Jody talk about what he's received at UGM.

Click here to see all articles for the September 2017 issue.