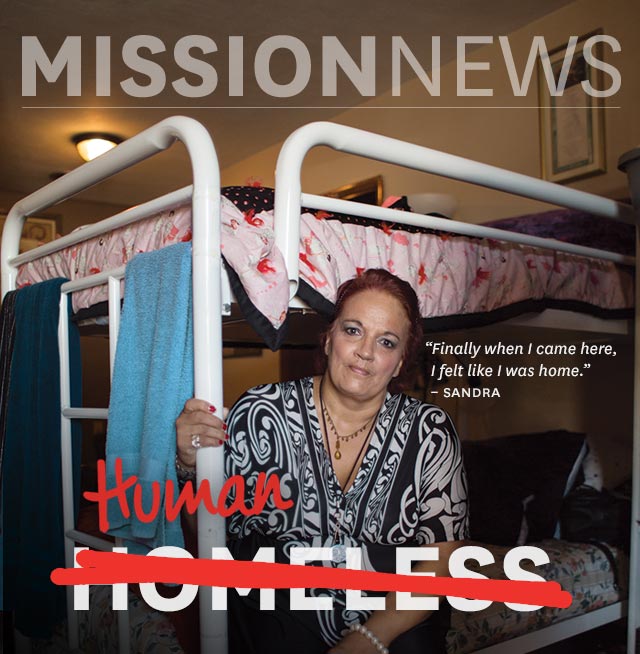 It’s easy to look at a homeless person and see only his or her homelessness – the weathered face, the cardboard sign, the worn clothes, the desperation. It’s easy to forget that, first and foremost, he or she is a human being, created in the image of God. 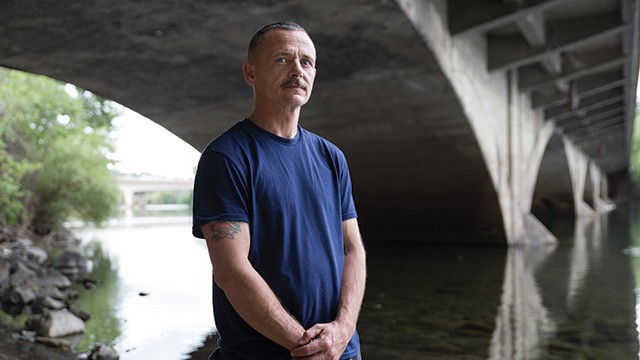 Camped out by the river, Richard felt like he’d hit rock bottom - “homeless and stuck in my addictions.”  Physically, emotionally, and sexually abused growing up, he resorted to getting high or drinking away his sorrows, making it hard to keep a job or a home. Finally, he grew tired of running from his problems and came to the Union Gospel Mission. Richard says the encouragement and love he received from God and the people at UGM provided the support he’s been craving his whole life.

“Nobody’s ever said, ‘Hey, good job,’ or anything. I always felt like people were belittling me. I felt like I was looked down on my whole life…

“The positivity just walking through this building… [Having people encourage me] is very important. I think that’s very important to every man that walks through the door and signs in. The first people they see are the guys at the day desk; I think as long as they remain positive and have some joy, they remind the person that it’s not over yet. And it’s not. Positivity here is great.

After being released from jail, Howard did not want to return to a life of couch hopping, but he realized he didn’t have anyone or anywhere to turn. At least, not if he wanted to get back on his feet and be healthy. He was homeless. And though he was initially reluctant to come to the Mission, his pride was overcome by a desire to end his addiction, gain employment, and live on his own.

Howard, who had never truly been homeless before, admits to looking down on homeless people in the past, but he says his eyes were opened at UGM.

“I realized that I’m not any better than anyone else. This could happen to anybody really. Circumstances can change, anybody’s life can. I have a lot more respect for people, understanding why. I mean, it just opened my eyes. It was a shocker.

“I was ready to throw in the towel pretty much before I came here. That really kind of woke me up, it wasn’t good… I understand that now, after being here and living and seeing a lot of it, people just need to understand where homeless people are coming from and what they’re going through, just see their side, why they are the way they are.” 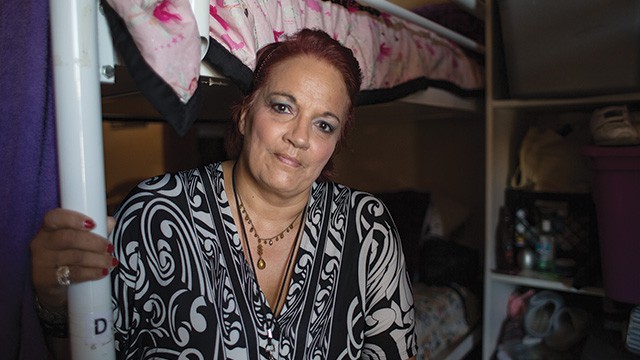 Sandra became homeless when her husband died. She lost all her income and was reduced to couch surfing. In one of those doubled-up situations, a violent altercation landed her in the hospital where she was referred to UGM.

Sandra arrived at the Crisis Shelter battered, bruised, and broken, but she says healing is taking place. “You would not believe how much I’ve changed since that day.”  She attributed her transformation to the love she’s received at the Shelter.

“I was completely shattered when I got here. I’d never been homeless in my life. Ever. The way the ladies treated me as I was walking in… I had on a pair of sweats and a sweatshirt the hospital gave me, blood in my hair, a black eye, stiches in my head, and I could barely function. They took my bloody clothes and washed them. And just the way they took care of me from point blank, and how they let me do what I needed to do to heal. The way they showed me love. I mean, they didn’t know me from anybody, and yet, they put their arms around me…

“Because the ladies opened their arms, it’s the first time I’ve ever felt welcome in my life. Because of everybody here, I started to heal inside and out… It was the first time in my life that I’ve actually trusted people to put their arms around me and be okay. This may be an ugly, run-down motel, but it’s got some magic. When I came here, I felt like I was home.”

Thank you for seeing beyond a person’s homelessness to the soul underneath. Thank you for investing in broken individuals’ lives so that they can heal and discover who God has created them to be.

Click here to see all articles for the September 2016 issue.