“For a couple years, I was running the streets. Had lost my job, my kids, my house, everything.”

At a young age, she came to believe she was not worthy of love, and at just 17, she got into a relationship with a 45-year-old man. They married the following year.

“I’m almost 18 and I’m still thinking I’m this ugly, worthless person and thinking I’m never going to find a significant other so I might as well take what I can get. The person I met was probably the worst human being I’ve ever met. It wasn’t good. He was 45 and a [predator], and verbally and physically abusive too.”

“...I’m still thinking I’m this ugly, worthless person and thinking I’m never going to find a significant other so I might as well take what I can get.”

After two and a half years, Debra managed to get away and file for divorce. But even with that relationship behind her, throughout her twenties and thirties, she continued to make decisions based on the belief that she was worthless. People treated her poorly and she didn’t put up boundaries; she experimented with weed, alcohol, and drugs; she got into several other toxic relationships; and she wound up having two children who, ultimately, she couldn’t care for.

For nine years, she managed to work a steady job. However, that’s where she was introduced to hardcore drugs and developed a serious meth addiction. Soon, she was homeless. 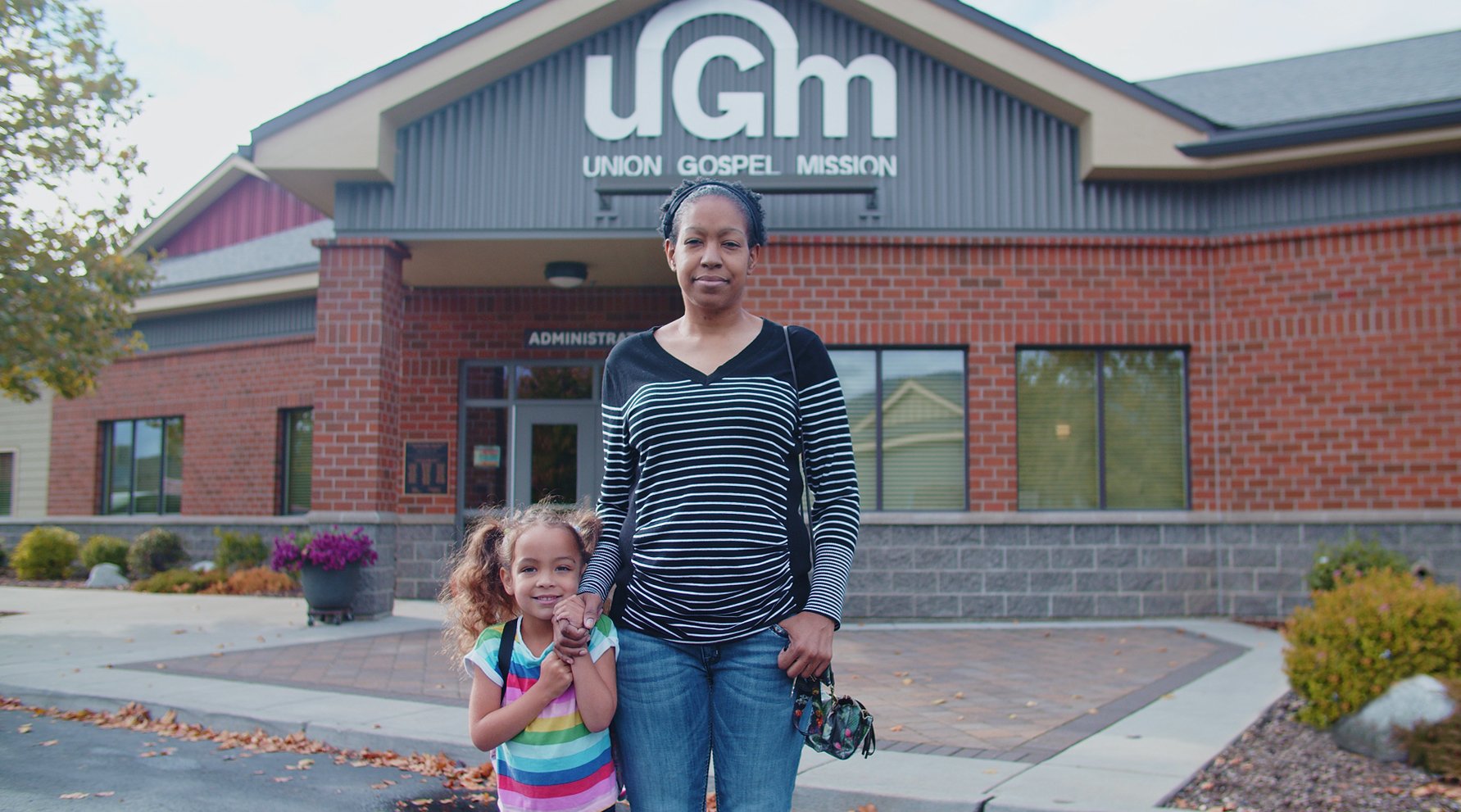 “I ended up in Tacoma where I was going back and forth between the casinos, bouncing back and forth, getting high, acting the fool, breaking the law, this and that, and I ended up pregnant on the streets and continued using drugs—didn’t even care.”

Debra was nearly 6 months pregnant with her third child when another pregnant woman on the street encouraged her to quit and get help for the baby’s sake. “She let me know about a program that was at Swedish Hospital, the addiction recovery unit. It was a 28-day program. Once I hit 7 months, I realized I couldn’t do it anymore. I got robbed at gunpoint for the last dollar I had. These black dudes came down to the campsite where I was and they were being ordered around by this white dude and they robbed me. I was like I cannot do this anymore.

“Initially, I didn't think there was any hope for me. I figured with what I had done, there was no forgiveness for me, no help, no redemption. But there was something about the gal coming to my campsite and saying, you know, there’s this program. And that was my way out.”

“...there was something about the gal coming to my campsite and saying, you know, there’s this program. And that was my way out.”

Debra checked in at Swedish and got clean. After the program, DSHS helped her find a clean-and-sober house where she could live with her baby. That situation wound up being unsafe. "I was in that house for a year while [the house manager] constantly threatened to kick me and Morrigan out on the streets.”

During this tumultuous season, Debra was using again, but this time she knew she wanted something better. She found Spokane’s Isabella House online, called, and got an intake appointment. “I ended up moving into another place for four and a half months while I waited for a bed at Isabella House.”

Finally, Debra and Morrigan, who was about one and a half at the time, took a 9-hour Greyhound bus to Spokane and settled into the first safe home they’d ever had together.

It was in this program that Debra heard about UGM. “This one gal was talking about this place called Anna Ogden Hall and I was thinking, dang I think I can do this. We set up a time when I could go and participate in the orientation at the Crisis Shelter. I was ready to make a change, get clean and keep it that way.”

“I was ready to make a change, get clean and keep it that way.”

Today, she tells the story of getting accepted into UGM’s First Steps program: “Diane and Michaelyn had called me into the office and were letting me know that I had been accepted, and I remember taking the pack of cigarettes out—I’d just started smoking again, which isn’t allowed in Program—and I slammed it down on the table along with the lighter and said, ‘Okay I'm ready to start, what do I do?’” 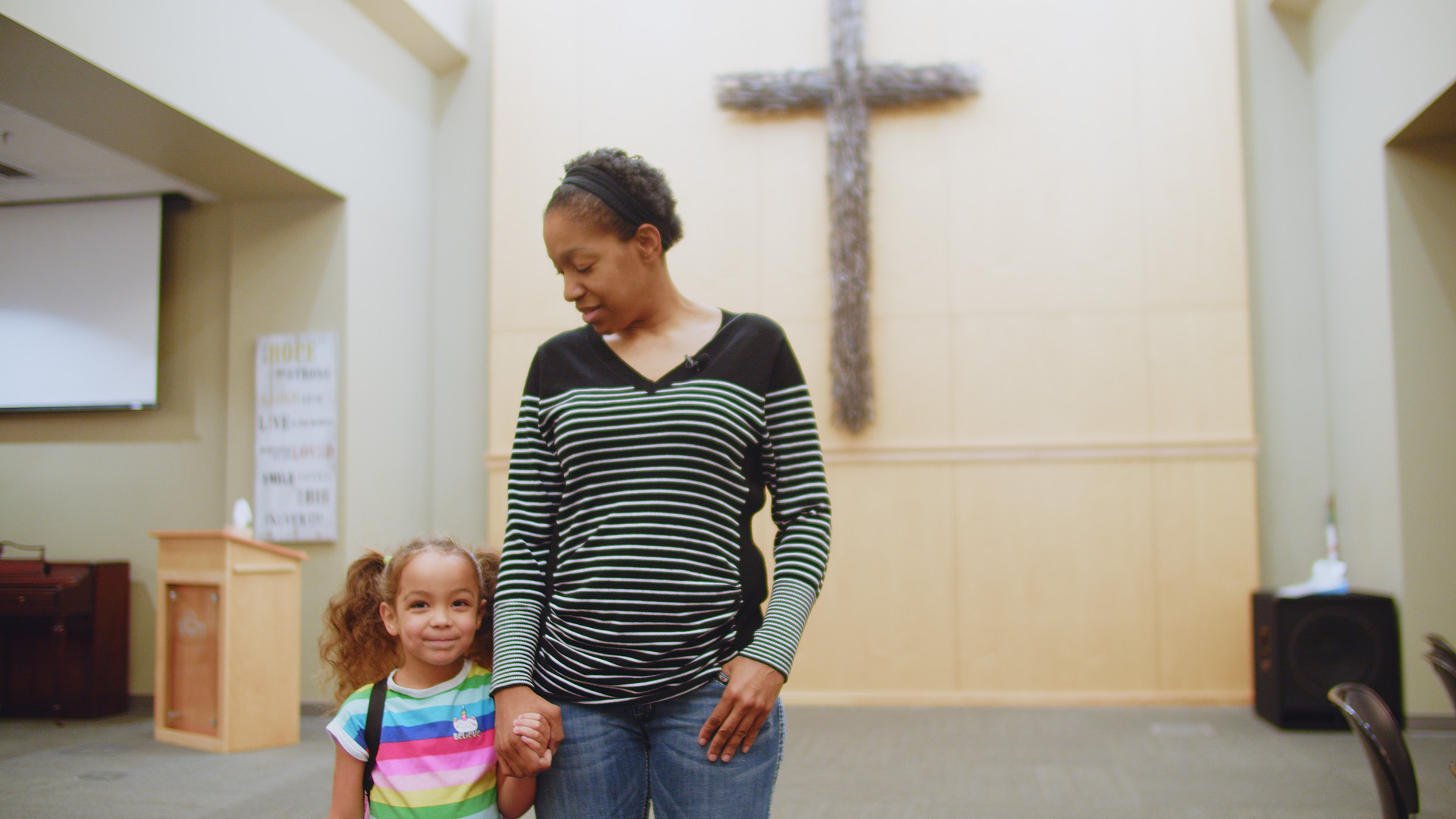 When she finished First Steps, Debra was transferred to the Center for Women and Children in Coeur d'Alene for phases 1-4 of Women’s LIFE Recovery. She says making friends wasn’t easy at first—Tacoma and Coeur d’Alene have significant cultural differences—but a few women started opening up to her and she found a community willing to support her recovery journey.

In Program, Debra got to face all the lies she’d been believing since childhood. Slowly, through biblical counseling, group counseling, life-skills classes, and authentic relationships, she started to embrace the truth that she is valuable and worthy of love and assistance.

“[I learned a lot from] the whole ‘living stage’ thing [counselor-led phychodrama]. It’s hard for me to get past certain things that happened in my life. That’s one of the reasons why I started sharing my story… If I let it all out, it’s another way that I can heal. Releasing it to the universe, releasing it to God somehow helps.”

Through sharing her story and building trust within her community, Debra continued steadily through Program and began to heal from the deep wounds left from childhood. “It’s taken me years to come to terms with the fact that there was nothing wrong with what I was doing [in childhood]—just being a kid and growing up—there was something wrong with the people who were harassing me.

“I think the biggest thing that happened was getting confirmation that it’s all about God, that my worth isn’t derived from what other people think or say or what they do. It comes from God. And He loves us no matter what we do. As long as we’re breathing, we always have hope.” 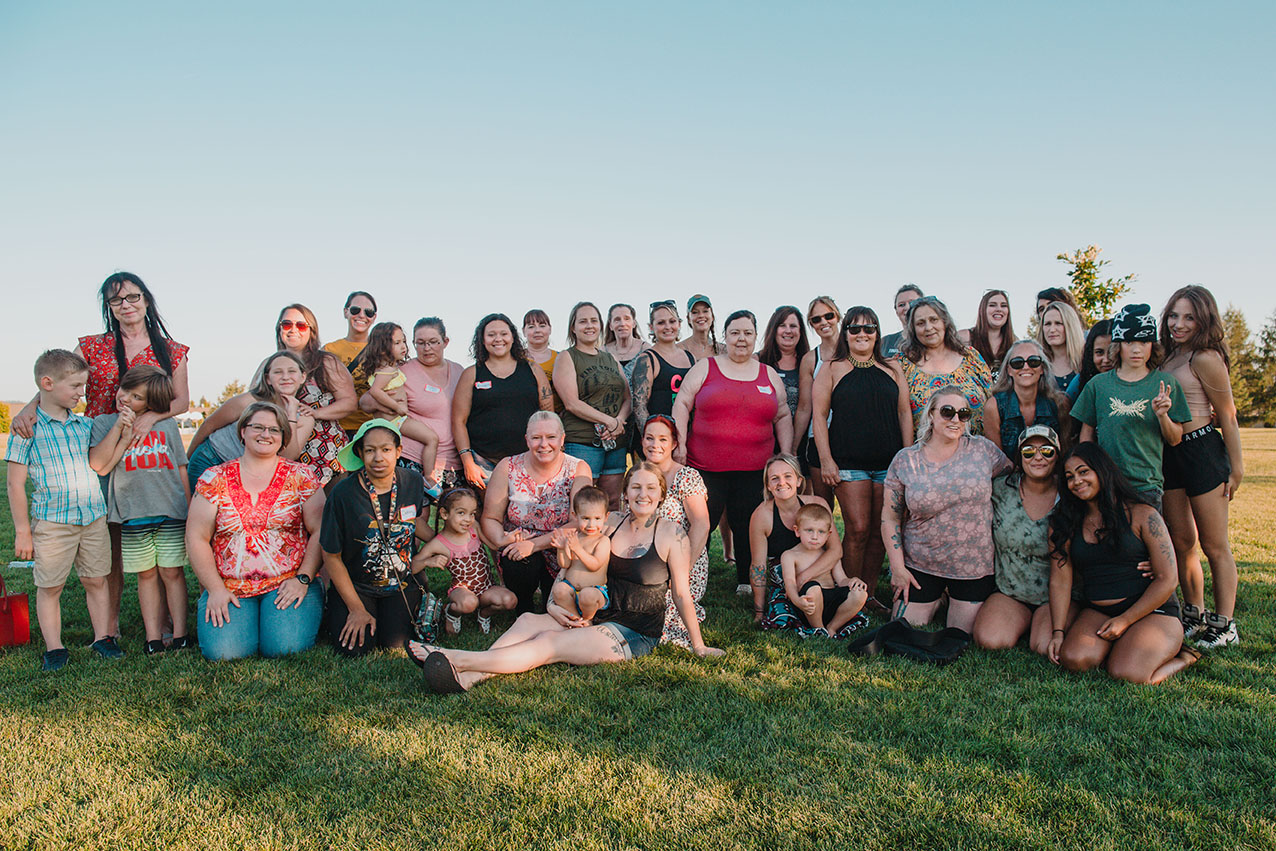 “...my worth isn’t derived from what other people think or say or what they do.”

Debra completed UGM Women’s Recovery in 2021, and she and Morrigan moved into UGM's transitional housing. Right out of Program, Debra got a job at UGM Thrift Stores where she still works today, surrounded by people who love her and maintain accountability with one another. “It’s a good job. It’s nice to be able to help people. I always like being part of something bigger than myself and that’s one way to do it. I also go to Aftercare every week. It’s recommended if you want to stay clean and sober and not re-destroy your life.”

Her goals are to move out with Morrigan into a place of their own and to spend her days engaging her community and sharing the message that there is hope for everyone who desires freedom. “As long as we’re breathing, we always have hope. You can make a change.” 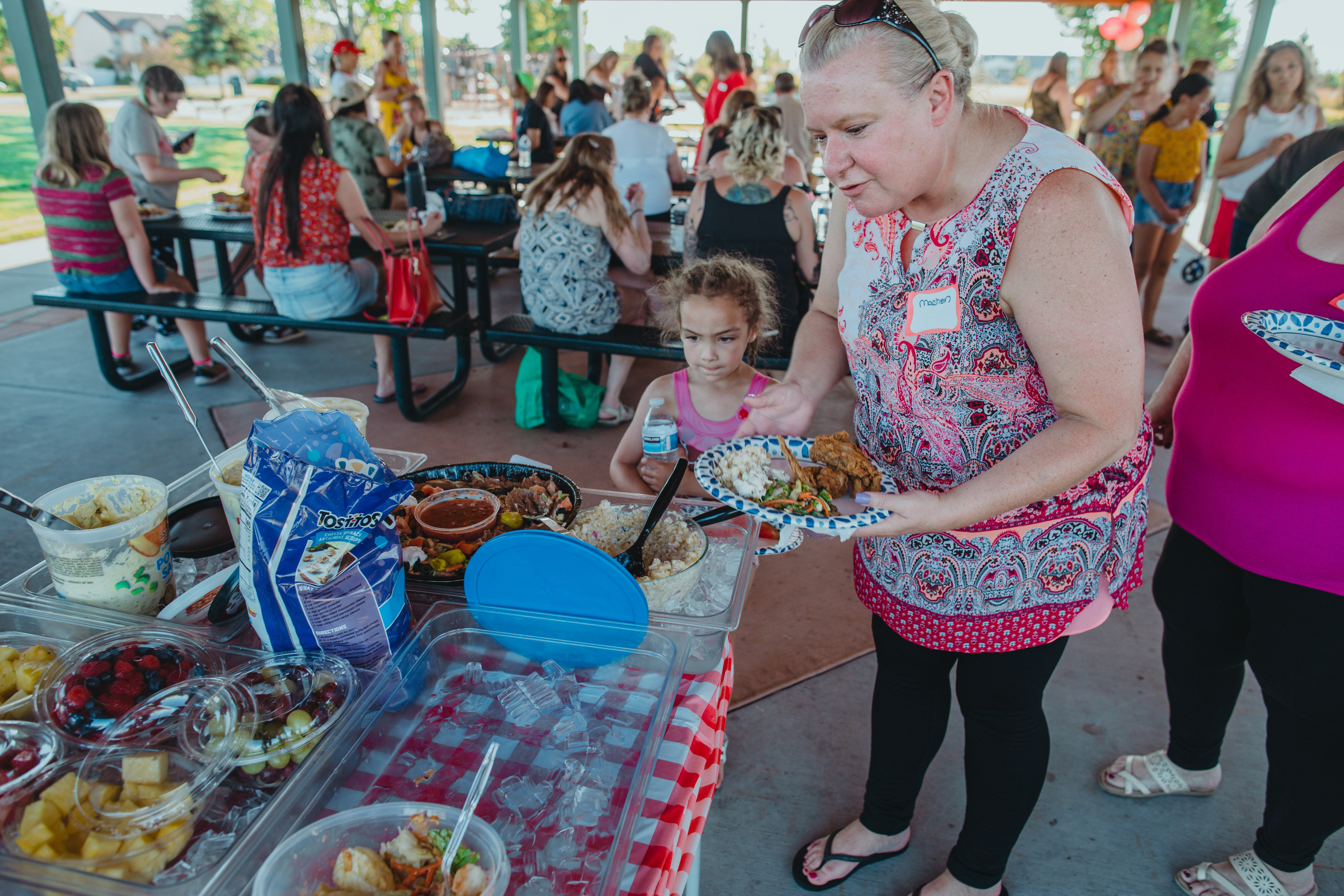 At UGM, we understand that holistic recovery takes time. Everyone’s journey from lost and broken to whole and healthy is different and you can’t rush recovery. Debra’s journey started when a woman at her homeless encampment recommended an in-patient program. The road was rough, but she kept making choices that would eventually lead to a life she can enjoy. UGM LIFE Recovery aims to make the journey a little easier, as it encourages men and women to get to the root of their poor choices and suffering. When Debra was able to see that her own poor life choices stemmed from a foundational belief that she was unworthy of love, she was able to choose a better path and put homelessness and addiction behind her for good.

You can help people like Debra find hope and healing by partnering with UGM.