Facing the Nightmare of Childhood Trauma and Building a New Life: Krystal’s Story

In an essay entitled “Family Breakdown: Restoring a Damaged Masterpiece,” UGM Chaplain Sonny Westbrook describes what happens when God’s design for the family comes under assault: 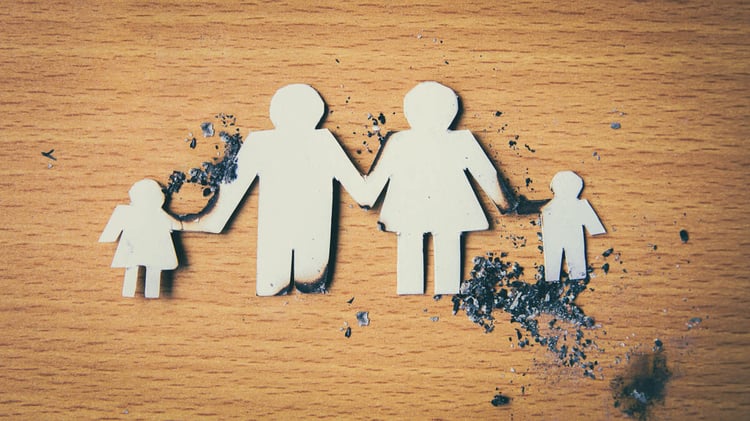 “When husband/fathers and wife/mothers are disconnected from God Himself and from His wonderful designs for family and for life in general, all kinds of chaos is unleashed into the experience of life for those born into such families.

“One of the most heart-rending parts of the work we do here at the Union Gospel Mission is to hear the stories of how the families of origin for many of our residents were a nightmare of abuse and neglect. The place that was designed by God to be the place where human beings from generation to generation would be nurtured in His love and His ways has become for so many a place of hurt and pain, of fear and insecurity, of anger and bitterness, of deep inner woundedness.” 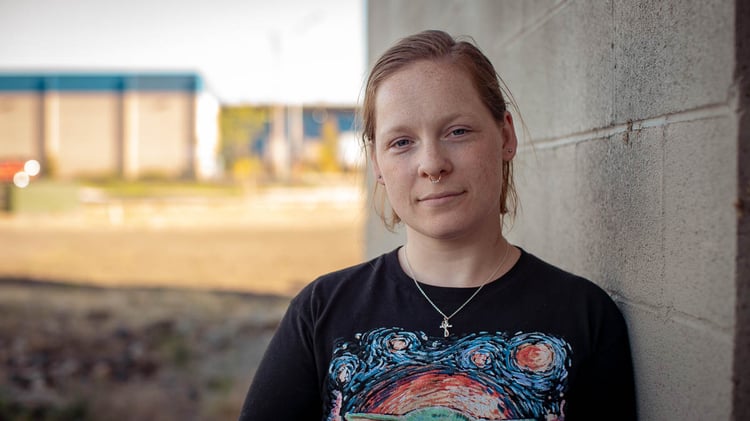 Krystal’s family of origin was completely and utterly broken.

If you are familiar with Adverse Childhood Experiences, you will recognize that Krystal’s score was extremely high.

“There was no normal,” Krystal said of her childhood home. “No boundaries. Everything was on. Nothing was off limits. Do whatever you want to whomever you want. That’s how I lived. That’s how we all lived. It was so normal to me that I didn’t know it was wrong. I didn’t know that people didn’t live that way. We did things we thought were normal and later on in life realized, Well, that wasn’t normal. That was disgusting. I do remember feeling icky – just the feeling of icky inside – and not knowing what to do with that feeling.” 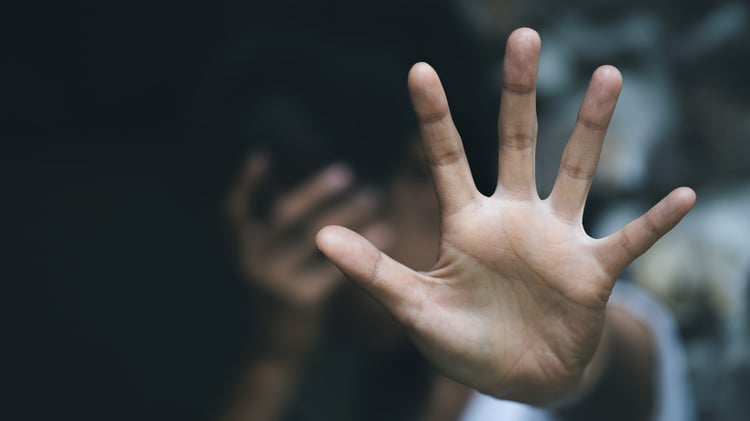 Krystal said she and her siblings all remember the day they were taken from their mom. “It was a really traumatizing situation. CPS came in this big, huge van. They literally had to pry every single one of us off of our mom. We’re all screaming and crying for Mom, and she’s in the doorway crying. That was a really tough day.”

And things did not immediately get better. She remembers sitting in the office at Child Protective Services. Each child had a black plastic bag of their belongings and no idea what was going to happen next. At first, the four girls went together to one home, and the boys went to other homes. Each of them was moved multiple times. Krystal went to three different homes before she was placed in the family that would eventually adopt her.

She went to that home with one of her sisters, but when her sister acted out sexually, she had to leave.

Then, when Krystal was nine, the state decided to give her biological mom another chance. Since Krystal was considered the “most stable and unscathed” of the children, she went home first. “The first night I went home, my mom forgot to make me dinner.”

Later, a shooting happened while Krystal was at her mom’s house, and a few weeks later, her biological mom relinquished her parental rights. Her biological dad never fought for custody. 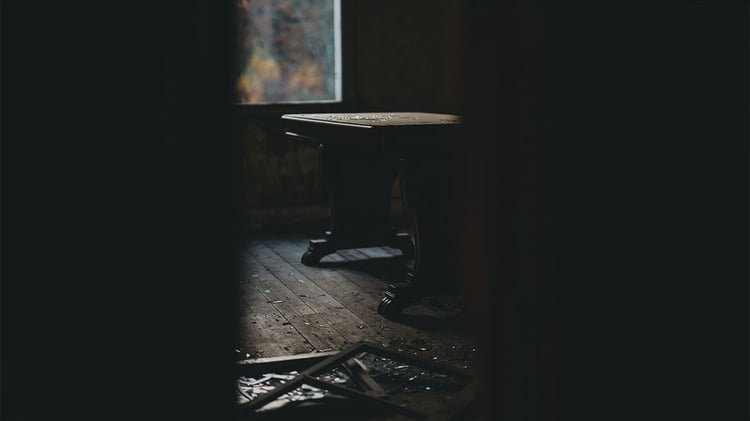 All of this happened before Krystal was ten years old.

How does one go on to have a healthy life when the first decade was something out of a horror film? Even though Krystal’s life markedly improved, damage had been done in her formative years that would not heal easily or quickly.

Krystal was adopted at 11 by a stable family. She grew up with one of her biological brothers, and three other siblings who had also been adopted. The chaos, the abuse, the violence was over. Krystal received counseling and remembers doing play therapy about appropriate touching. She adjusted in middle school and high school and stayed far away from boys, drugs and any kind of trouble.

But she also remembers feeling like the “ugly duckling.” She was fair with strawberry blond hair. The rest of the family had dark coloring. “I was always different—the odd one out.” And the trauma of her first decade remained unresolved.

“I was always different—
the odd one out.”

As soon as she got out of high school, “The first person who showed me any attention, boom! That was who I started dating. I got pregnant, and then, I got married.

“He wasn’t healthy. He was also abusive, and I just allowed a lot of the things I had seen in my past—verbal abuse, sexual abuse, physical abuse toward the end. It was always like, ‘Oh, but he loves me.’”

She did eventually leave but went right into another destructive relationship. She had not done the hard work of healing to understand why she was making the choices she did.

“I spiraled down even more in my addiction to keep me up and happy and get things done. The drinking was just to get me out of the moment and have fun—go out and party with the girls and not worry about anything…

“I ended up losing my boys because of it, and eventually, I was homeless with my daughter.”

Underneath Krystal’s homelessness was addiction, but underneath the addiction was domestic violence and a desperate desire to be loved stemming from a chaotic upbringing with no stability, a family so broken that shame, identity and worth were all confused within her.

“My mom definitely did not act out love. It was always about her and what she needed… She would blame us, so how could I not feel like things were my fault? You still have that little girl inside you who’s like, What did I do?”

Krystal came to the UGM Crisis Shelter, thinking it was temporary at first. She just wanted to get housing, but then, somehow, she recognized she needed more. She passed up a chance for a house and began the long (possibly, never-ending) journey of recovery. At first, she resented having to go to chapel. She felt like God had let her down, but quickly, she found herself experiencing a sense of peace when she was there. She actually enjoyed the music, the words of life. “The more I went, the more I felt God’s presence.” She chose to go to Anna Ogden Hall and dive deep into that first decade of her life to discover how it was still impacting her choices today.

“The more I went,
the more I felt God’s presence.” 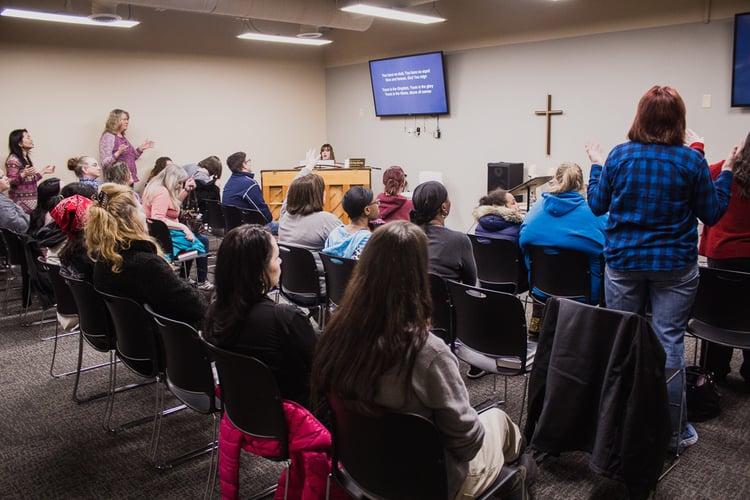 The healing came through “counseling and crying it out,” Krystal said. She credits her counselor, Scripture and classes like Genesis and Unraveled.

“We worked through my childhood trauma. Acknowledging that things that happened to me or that I witnessed when I was little contributed to some of the things I’ve chosen to do or even unconsciously done was a big ‘Ah-ha!’ And, now, in my day-to-day life, I consciously have to remember, Why am I feeling this way? OK, let’s change how I am thinking about that or remember that this is because of certain things that have happened.”

Living in a clean-and-sober environment was an essential part of the process for Krystal. “Having community—and making sure it was a sober community—was very rewarding and helpful to just relive those negative things but in a healthy environment.”

Krystal said she chooses to continue living intentionally. She has learned not to simply react without thought, but to slow down and think, to use Scripture to remind herself of who she is and how much God loves her. “I have to be very conscious of the choices I make and the people I choose to be around.

“I realized, Oh, so that’s why I’ve been doing XYZ. I had to reverse the pathways in my brain and do things differently.”

Overcoming the shame and her tendency toward co-dependence were Krystal’s biggest battles.

Thinking of her past self, she said, “That little girl definitely needed someone to love her and be with her and let her know that she was loved… And the young mom needed the same.” Recognizing how ill-equipped she was for life helps her to forgive herself, to let go of the shame, but that’s an ongoing process.

Krystal doesn’t claim to understand why things happened to her as they did, but “I know I’m here for a reason. I was brought here for a reason. My story is going to help somebody. My experiences are going to make me stronger, and I’ve got to rely on God for strength and the faith that I don’t always have.”

Krystal’s life today is not easy. She is a single mom with custody of her daughter and shared custody of her sons. She has a place of her own and works hard. She would like for her boys to live with her full-time, but she is trusting God for that. 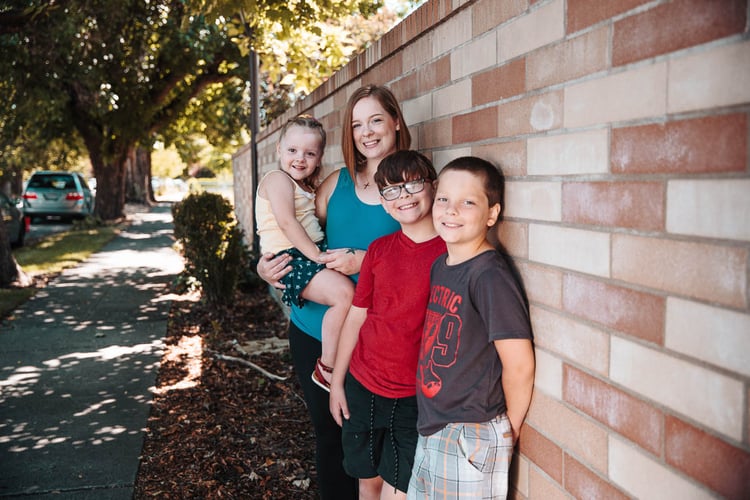 “When I feel lonely and sad, I can talk to God and a lot of that lonely feeling will go away or He will bring someone into my presence.” Krystal goes to church, recovery meetings and stays in touch with women who went through the recovery program with her. 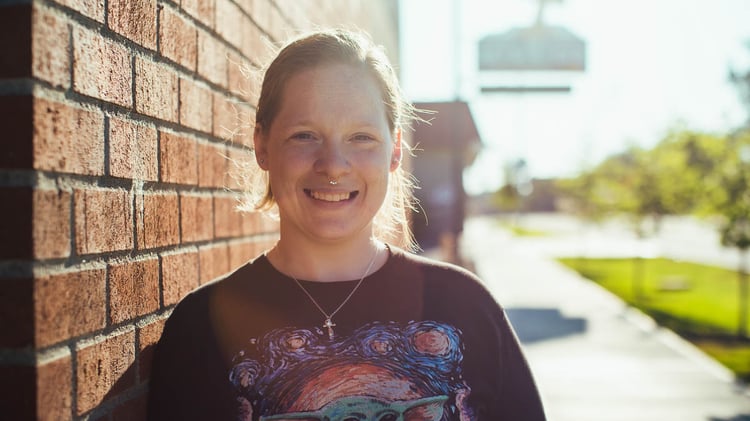 Invest in the lives of women like Krystal. Become an Impact Partner today.

Former Resident Gives Back: Anita Williams' Story
Meet Alexis: “I am Making Choices That Uplift Me”
First Steps to Real Change
Not a Lost Cause to God: Linda’s Story