“People look right through us like we’re not even here…You have to remember there’s more behind the backpack or the shopping cart. There’s a story behind someone walking around with their whole life on their back.” - Ambre

“Addiction did not bring me the Mission. What brought me to the Mission was my brokenness in life. The addiction was only a way to cope with much bigger issues of fear, incompetence and false beliefs.” – Jake

To reduce homelessness to a housing problem is to miss the human factor and to focus on what is actually a symptom rather than the real problem. 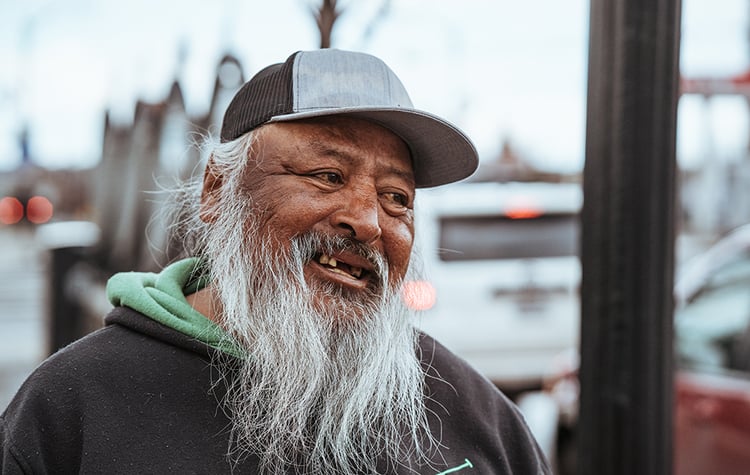 And attributing the entire crisis to addiction makes it so easy to dismiss as someone else’s problem.

First, we must see them. Listen to them. Get to know them as individuals. Begin to understand what is behind their homelessness and what they need to change their lives.

A study done by Seattle University’s Project on Family Homelessness found a direct correlation between Adverse Childhood Experiences (trauma in childhood) and adult homelessness. The higher the ACEs score, the higher the likelihood the person would experience homelessness. A full third of the individuals with an ACEs score of 8 were homeless.

In plain English, children who are neglected, abused and abandoned, children whose sense of safety and security is critically compromised, grow up to have a host of other issues. The more trauma in childhood, the higher the level of dysfunction in adulthood.

Homelessness doesn’t happen simply because someone loses a job or suffers a medical emergency. Homelessness happens because people who are deeply wounded do not have a solid, secure network of family and friends and churches to catch them when they fall. And all the peanut butter and all the underwear in the world are not going to fix those issues.

Trauma’s Effect on the Mind

Dr. John Wolfe is a neuropsychologist, working with people in the correctional system who have impaired brain function. “Many of the people I see have started out life with some disadvantages like learning disabilities or struggles in school or different home situations where maybe there was some trauma that led to difficulty with bonding and attaching to other people. And that sets a stage for later life decisions. And then they may do things that result in concussions or brain injuries or drug use or any number of different kinds of things that further weaken an already weak platform.

“My experience is that if you don’t have a really well-functioning brain and a really well-functioning mind, it’s really tough to make ends meet in today’s world. You need to be able to think clearly, you need to be able to adapt in new job situations, you need to adapt to the changing pace of life, and when people don’t have that facility, that resilience, it just makes it that much harder to fit into the way society is structured.

“Many people end up in homelessness because they have mental health issues. I deal with a certain segment. These are the people who may be homeless but have actually crossed the line. They have done something that’s made a legal problem for them, criminal usually. And so now they’ve got to recover. How do they do that? They’re not going to be able to do it on their own. They’re going to need help.”

The Car Alarm in the Brain

Dr. Mark Baird, assistant professor at Whitworth University and a clinical psychologist specializing in trauma, adds a descriptive picture of what’s happening in the mind of someone who has a high ACEs score. He likens it to a car alarm constantly going off in one’s brain.

“That’s why treating drug and alcohol addiction and homelessness isn’t just about changing the behavior.  It’s about helping to quiet that alarm in healthy, life-giving ways.” 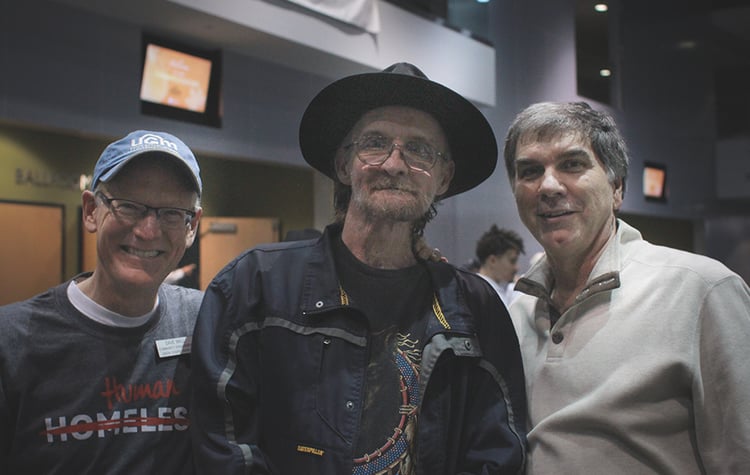 Mosaic chose to locate their church downtown because they wanted to impact people who might be living on the verge of homelessness. “One of our burdens here is to help people actually address the issues of perhaps addiction, perhaps of abuse, perhaps of personal brokenness that leads often to homelessness in a way that can help them get back into the employable sector, get back into relationships with people. Much of the problem is relational, not financial.

“I’m hopeful that going forward, Spokane will invest more resources in things that build relationships in a community, that help people actually escape the behaviors and the issues that create homelessness and become truly participating, productive parts of our city.

“Every homeless person has something to offer our community. We just need to discover what that is and how to help them see that, so that they can actually both benefit from community but give back to the community, as well.”

Like the quote from Frederick Buechner that begins this article, we need to see our homeless neighbors with the eyes of Christ. See them as beings created in the image of God with immeasurable beauty and worth. Imagine the life behind and within their faces and hold out hope for a better way.

A Lot of Love: How a Used Car Dealership Provides Homeless Services
Toward Better Relief and Development
Pursued and Loved by a Good God
Homeless, Hopeless, Loved