Rose: Rising to the Challenge of Recovery

“Drugs all day long. Meth.” Rose fell into addiction in her late twenties, and for the next 32 years, her life was defined by loss, loneliness and self-hatred. She had no idea how to set herself free.

It wasn’t just drugs that were the problem. Well before her addiction began, toxic patterns were in place. There was alcohol and domestic abuse in her childhood home, and her father was almost entirely absent. “A lot of the stuff I had to deal with here at UGM was my dad,” she told us. We asked her what she knows about who he was or what kind of life he was living, and she said, “Nothing. We were told nothing at all.” She said that sometimes they’d all go to his mom’s house, and occasionally he’d show up—but not often and not for long. “I saw him once when the kids were little, and that was the last time I saw him. And he passed away.”

“A lot of the stuff I had to deal with here at UGM was my dad.” 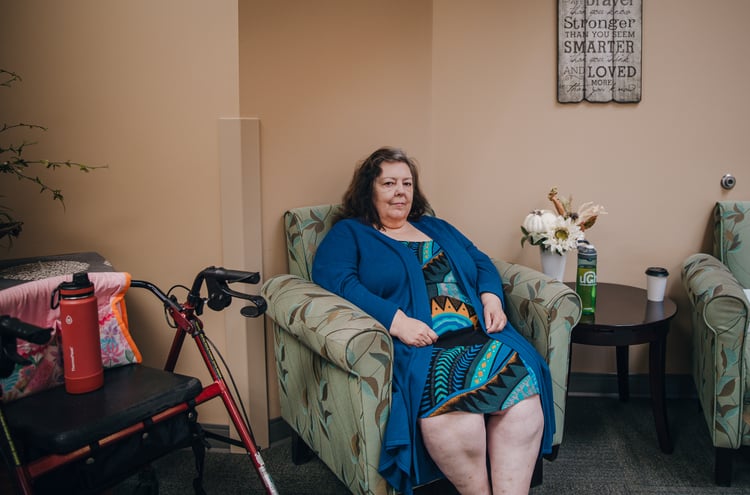 Rose married at 17. “I had my first son at 18; my second, I was 20; my daughter, I was 21.” Her husband was abusive, but because her own father had been absent, she stayed with him. “I wanted my kids to have their dad—even though he wasn’t good to them.” After the kids were grown and gone, her husband passed away, followed by her mom and her brother, followed by her only daughter.

“It got worse after that.” Rose didn’t know how to handle the grief of losing her daughter or the overwhelming loneliness in her life. “I didn’t know what else to do. I think I just didn’t want to feel the loss.” She says she stayed at home and stayed high on meth as much as possible. Her only community was fellow addicts. “I had my friends I was selling to, and both my sons were addicted at one time. I was alone. Up in Arizona. I had no family there after my mom passed away and my brother.”

Eventually, she lost her home. “My son knew I needed a place to live; I was almost homeless. He bought me a plane ticket to come out here.” Rose came to the UGM Center for Women and Children in June 2020. She was just looking for a home and knew very little about the LIFE Recovery program or how her life was about to change. “I wasn’t sure. I don’t know what I was expecting.” 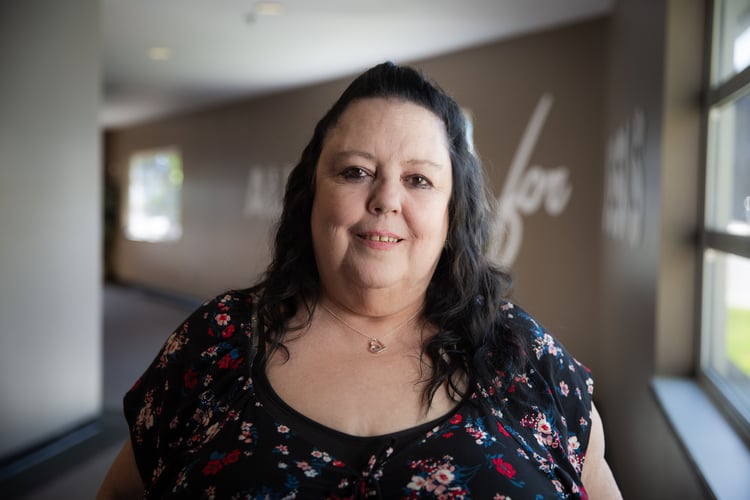 Rose had just become a Christian. After about 60 years not knowing Christ, her youngest son—the one who purchased the plane ticket—introduced her to the Bible. He had chosen recovery almost 15 years prior. “They [him and his wife] had gotten into the Christian thing,” Rose said, “and I found Jesus. Before that, I didn’t know God. I’d never read the Bible in my life.”

It was from this new faith that Rose was able to put her trust in the program and the leadership when things got difficult. In Recovery, UGM residents are in intensive counseling every day, participating in self-evaluations with an audience of peers and living in a community designed for practicing new interpersonal skills. It is exhausting, but life changing. The program is designed to uncover the wounds which led to addiction and help individuals reprogram their thinking. The result of that changed thinking is a life of purpose and meaning, a life no longer bound to the toxic patterns of the past. But this kind of lasting, heart-level change takes more strength and determination than almost anything else in life. Real change is hard. But Rose rose to the challenge. She faced her grief and said goodbye to her daughter. She gained new skills and practiced using boundaries to protect herself from abuse. She forgave her father. Bravely, she faced and overcame the loneliness that had once defined her life. 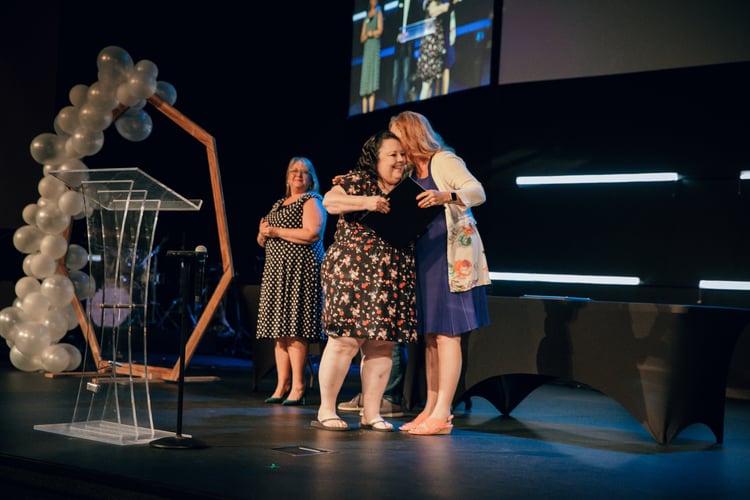 “Everybody loves me,” she told us with a grin during her 2022 Commencement interview. She is ensconced in a community of women pursuing excellence together. She is known and loved. “This is the best I’ve ever had it in my life.”

“This is the best I've ever had it in my life.”

Rose was honored, along with 27 other men and women, at the June 28 Commencement celebration in Spokane Valley. She has done the hard work and rebuilt her life better than it ever was before. She’s two years clean and sober, she has an apartment of her own, a car, and a brand new sewing business she runs from her living room. Most importantly, she has a Father who is always with her. “I don’t have to worry about anything. He’s taking care of it. I love Him so much. I thank Him every day for what He has given me.

“I was a mess, an addict, lost. God is my savior. Without Him, I never would have made it. UGM saved my life.” - Rose Sizemore

Read more stories like Rose's in this free e-book.

What Does It Take to Walk out of Homelessness and Addiction?
Rachelle: Choosing Recovery with Kids
Recovery: We Are All Broken
The End of Striving: How the Gospel Brings Rest to the Weary