We Need Each Other: The Cure for Loneliness

For decades, Debra was a self-described “functioning drunk,” spending each workday looking forward to her evening drinking. But that was just a symptom of the real problem.

Debra was “painfully lonely” long before she ended up homeless.

“Alcohol didn’t get me here in all actuality, even though it caused me to be extremely lonely… I didn’t know how to get along with people, so instead of having a voice and confronting them about anything at work, I just took off.”

Debra walked away from her job in the heat of anger against an unfair manager.  Unemployment soon meant homelessness. She ended up living under the Mission Avenue bridge for several months and lost parts of five toes to frostbite.

But that physical pain was still nothing compared to the emotional agony: “I was so intensely, painfully miserable and lonely. I mean, it was so painful, it hurt. But I drank [to numb the pain]. And it started not working, and that scared me. I started smoking weed with drinking so I didn’t have to feel.” 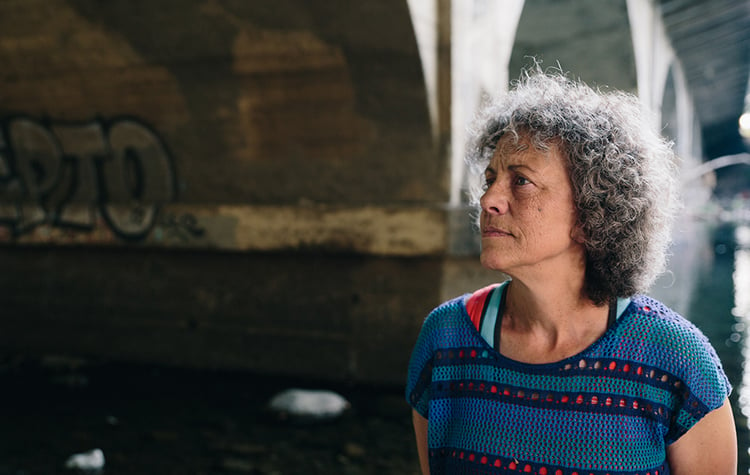 She protected herself through anger and hostility: “I just had a mean mask. Just, ‘Back off, I don’t need you. I don’t care.’ Which way deep down wasn’t really the truth.”

The truth is that we ALL need relationship because we are created in the image of God, and he is a relational God. Even before creation, he existed in relationship - the triune God - Father, Son and Holy Spirit.

"Being made in the image of God, we humans are likened to our Lord who is both One and Three—the Triune God of Father, Son, and Holy Spirit. This is one of the great mysteries about God—he is an inseparable, eternal, intimate, and affectionate community" - Pastor Scott Sauls, author of Befriend: Create Belonging in an Age of Judgment, Isolation and Fear.  (Pastor Sauls has written a lot about loneliness and isolation and is quoted multiple times in this article.)

Looking back, Debra sees how God still protected her when she was drunk and angry. “I wanted to fight. And he caused it to where I didn’t get my butt kicked. They call it liquid courage. I had a lot of it.”

Coming into Women’s Recovery at Anna Ogden Hall, “I didn’t trust anybody. I didn’t even trust myself. And I prayed to God that I could trust Him.”

Making those connections has been a slow process, and it’s still in progress. Debra knows that her first inclination is to see what’s wrong with people. They irritate her. Still, she saw something different at UGM.

“There are lovely people that just showed me a lot of love.”

She also had the “surreal” experience of being sought out and befriended by others at her church, Sun City Church: “Realizing that people like me, that’s the weirdest thing.” 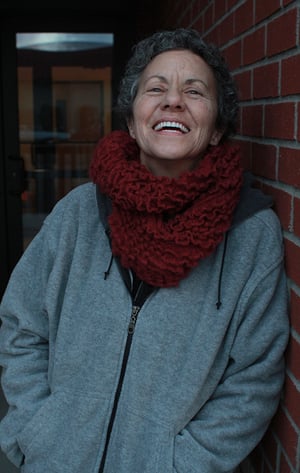 Talking with Debra highlights how unique genuine Christian community is.

Donald Carson has said about the family of God in his book, Love in Hard Places:

The Church itself is not made up of natural “friends…” What binds us together is not common education, common race, common income levels, common politics, common nationality, common accents, common jobs, or anything of the sort. Christians come together, not because they form a natural collocation, but because they have been saved by Jesus Christ and owe him a common allegiance. In the light of this common allegiance, in light of the fact that they have all been loved by Jesus himself, they commit themselves to doing what he says—and he commands them to love one another. In this light, they are a band of natural enemies who love one another for Jesus’ sake.

Debra actually had some pretty good reasons for withdrawing from other people. She had experienced abuse growing up. She saw backbiting and gossip every day among her co-workers. Being in relationship with people opens us up to be hurt, and it doesn’t help to deny that.

“I’ve always been hurt. Every time I opened my heart up, I got it crushed.”

When we experience trauma as children, it shapes our understanding of the world, of God and ourselves. Debra’s very identity was shaped around the idea of a hostile world. For a lot of very good reasons, Debra had built up an almost impenetrable defense against other people. She was protecting herself, but that protection also shut her off from love, and the loneliness was killing her.

“To love at all is to be vulnerable. Love anything and your heart will be wrung and possibly broken. If you want to make sure of keeping it intact you must give it to no one, not even an animal. Wrap it carefully round with hobbies and little luxuries; avoid all entanglements. Lock it up safe in the casket or coffin of your selfishness. But in that casket, safe, dark, motionless, airless, it will change. It will not be broken; it will become unbreakable, impenetrable, irredeemable. To love is to be vulnerable.” C.S. Lewis, The Four Loves

The Path Toward Love

Going to Anna Ogden Hall, living in community, was a huge risk for Debra. One not easily overcome. She didn’t make it the first time. She left and came back. And she thought about leaving more times than she can count.

It's important to remember that loneliness is a signal that our very real need for love and belonging is not being met.

"If we, who are made in his image, remain islands unto ourselves, if we keep our relationships on the surface, if we push others away to a safe distance, we will fail to thrive" - Pastor Scott Sauls.

"Image bearers are not lone rangers," writes Timothy Keller. "Our deep heart cry should be, 'I'm lonely because I'm a sinner in a dark and fallen world. God help me.'"

The only way to move out of loneliness is to risk moving toward God and other people.

Well, that’s more like one giant leap than a step, like free-falling and believing he will catch you, but it is the foundation for change, for opening yourself up to other relationships. And Scripture is full of promises that he is worthy of your trust.

“Though my father and mother forsake me, the Lord will receive me.” – Psalm 27:10 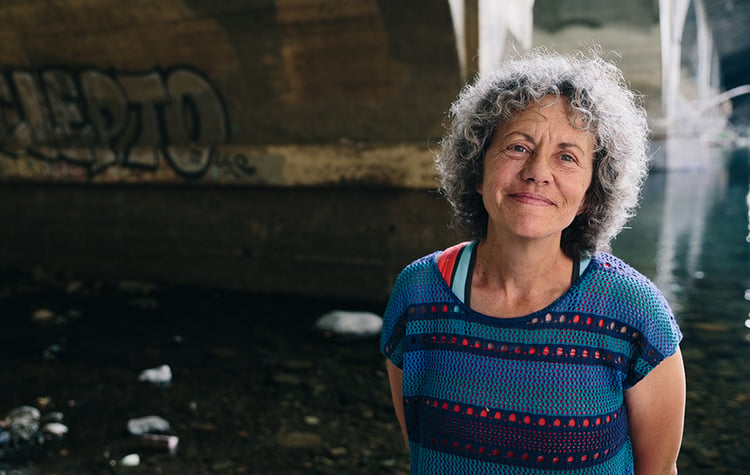 “For I am convinced that neither death nor life, neither angels nor demons, neither the present nor the future, nor any powers, 39 neither height nor depth, nor anything else in all creation, will be able to separate us from the love of God that is in Christ Jesus our Lord.” – Romans 8:38

"If we, who are made in his image, remain islands unto ourselves, if we keep our relationships on the surface, if we push others away to a safe distance, we will fail to thrive. This is true because we cannot be vitally connected to a God who is One and Three while remaining disconnected relationally from each other. He has made us for community, not for isolation; for interdependence, not independence; for relational warmth and receptivity, not for relational coldness and distance." - Scott Sauls, pastor and author of Befriend.

God is trustworthy. Test him. And find out for yourself.

Debra didn’t like herself, and she didn’t want to inflict herself on others. It was easier to drive them away, and it was a well-rehearsed pattern. Changing was [is still] tremendously difficult. She has to preach the truth to herself on a regular basis: “God wants relationships. He wants us to have relationships, and I’m learning how to do that. I’ve got to be a friend to have friends.”

She has caught glimpses of how she can benefit from connecting and even be an encouragement to others. Being asked by someone ahead of her in the program to be part of her “transition team” out of UGM, “that made an impact, for her to ask me to be in an important position like that for her. It meant a lot.”

Pastor Sauls again: "Suffering can make you more lonely or drive you into deeper community. Let it be the latter. And while all afflicted persons need to spend a great deal of time self-examining and healing, at some point they must face outward and think of others and love their neighbors and not think exclusively of themselves."

Much of the time, Debra thinks this new way is just too much work.

Alone, Debra has long thought, equals safe. But “safe” was killing her. She had to try something new. She had to take risks and trust.

We are grateful for Debra, the risks she has taken, and the changes she has realized. Join us is making a "thankful list." Download the free template below. 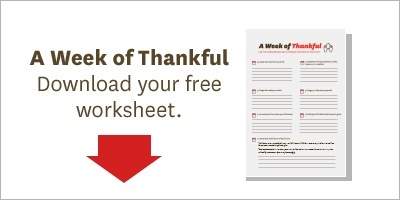