We believe no one was created for mere survival on the streets, for an existence blurred by mind-numbing substances.

After 10 years of addiction, the hole Emily had dug for herself was deep.

“Before I came to UGM, every day was the same: where can I get alcohol, drugs, a place to sleep? It hurt to be sober, to be in my right mind…I was lying to myself about how awful my life was.” 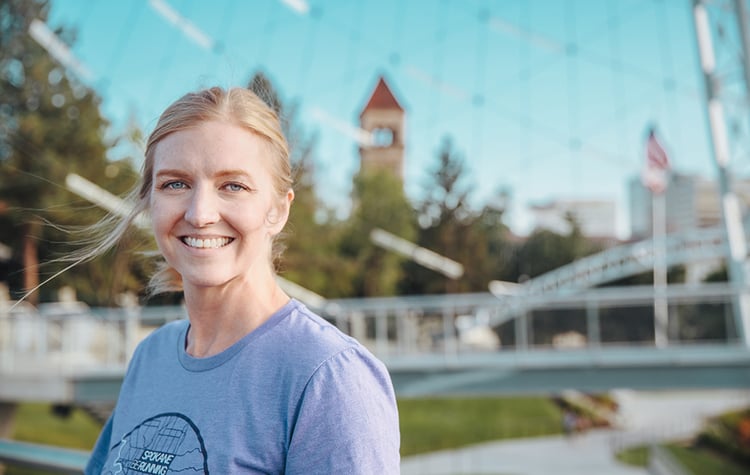 Emily had lost her marriage and her children. She couldn’t hold a job. She was sleeping wherever – a couch, the street. She had been set on fire by an abusive boyfriend. She had lost her arm due to a rampant infection. She was alone, estranged from everyone who had ever cared about her. She could not see a way out.

We need each other. We are meant to bear each other's burdens.

“I have so much compassion for who I was. I was so broken. I think about myself, and I just want to give myself a hug. I’m glad I’m at that point. I’ve let go of that shame. I made a lot of bad decisions, but I just needed so much help.”

Step by step, God provided the help she needed. 1) Her mom reached out with information about UGM Recovery. 2) She successfully completed probation in the Midwest. 3) Her parents drove through a snowstorm to pick her up and bring her back to Washington. 4) She got her ID and health insurance. 5) She went to the UGM Crisis Shelter and was enveloped in grace. 6) She was accepted into Women’s Recovery at Anna Ogden Hall and finished the program. And it didn’t stop there. The change kept going. Emily did her business practicum at Life Services and started volunteering with Project ID. She wanted to give back. Today, she is the Director of Volunteers at Life Services and continues to connect with and encourage her fellow sisters in recovery.

Healing for our brokenness begins with the heart, with connection, with understanding how much we are loved by a good God.

Cliff's family has struggled with alcohol addiction and all the accompanying dysfunction for generations. He started drinking at 14, landed in juvenile detention for assault at 15, and kept up that pattern for more than a decade.

“I came to the Union Gospel Mission in January 2006 because I had nowhere else to go. No one wanted me around. I was completely broken. 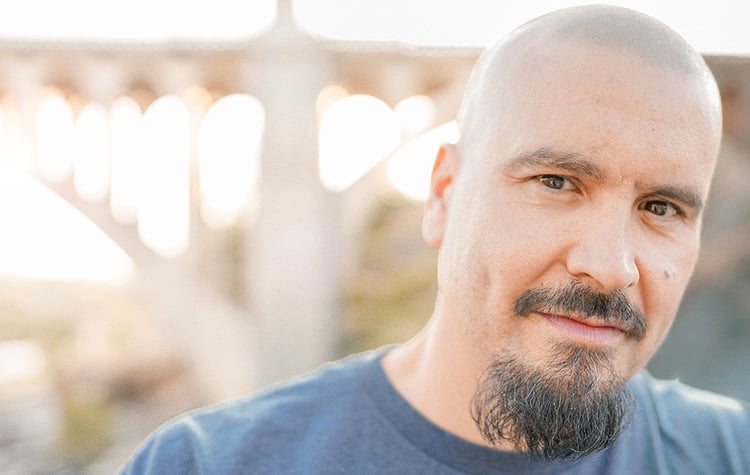 “I walked through that east door and said I wanted a bed... not realizing my whole life was going to be transformed forever.”

Even though Cliff says it took almost two years to really clear his head and learn how to deal with his emotions, he still points to that day when he walked into UGM as the turning point of his life.

“Once I came here, I KNEW God loved me, and it has never left me. My identity is in Christ, and nothing can shake that. I found the sense of belonging I had been wanting my whole life.”

Today, Cliff has 14.5 years sober. He has worked the same job for 12 years, been married for 8. He plays an active, stabilizing role in the lives of his 16-year-old daughter and her sister. He mentors teenage boys at the YMCA and is actively involved in his church.

With healing comes change, the potential for joy and meaning.

As a young adult, Amber was drawn to abusive relationships. Due to a childhood trauma, she believed she wasn’t worth anything better.

The mistreatment was worst with her son’s father. “I averaged a concussion a month for three years.” In one of his fits of rage, as he assaulted her with his fists, he accidentally struck their son. That’s when Amber woke up. She realized how desperately she needed to find safety. However, after seeking safety in other relationships that also turned abusive, her idea of safety became life on the streets. 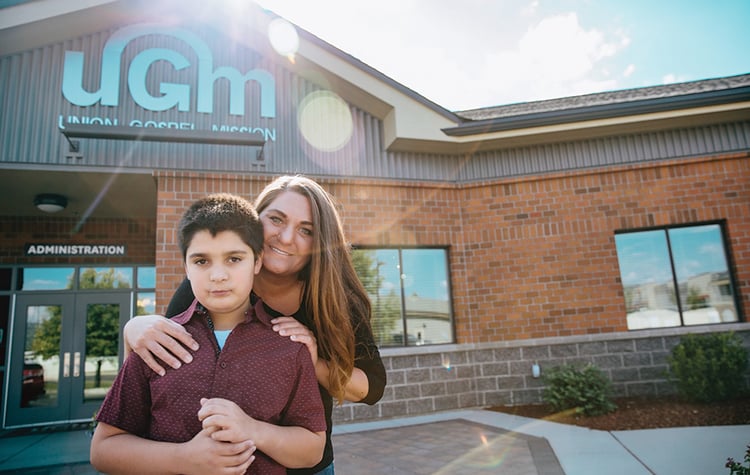 “I felt protected on the streets. I was outside of time.” And outside of anyone’s control.

Her parents fought to maintain a relationship with her through it all, but when she pawned their valuables to bail a boyfriend out of jail, they were done cutting her slack and she went to prison.

It was in a jail cell that she first learned about Union Gospel Mission. “I remember calling my dad and saying, ‘You have to Google this place. Dad, I think it’s a sign from God.’”

She was ready for change. But getting well was a battle Amber had not anticipated. She struggled to let go of unhealthy relationships and struggled to believe God loved her and that he had any good in store for her. It wasn’t until she regained custody of her son that she was able to fully surrender to the healing process, and to God’s love.

“It was a miracle,” she says. “At that point, I rededicated my life to Christ.

"I know God is going to move mountains for me. He always does. I remind myself on a daily basis that God is so much bigger than my mind can fathom. This program, it saved my life.”

Click here to see all articles for the September 2020 issue.