"I'm going to give my kids a different life. And I get to do that because I chose life over death." - Jocelyne

You may question that statement if you’ve been around homeless shelters and seen the toll addictions take on people’s lives – destroying their bodies, stealing their resources, isolating them from loved ones.

But to get to the root causes of homelessness, UGM recovery counselors have learned to delve down to what’s hiding under the addiction.

People get stuck in addictions – to drugs, sex, gambling, or even to seemingly good things like work or exercise – because these substances/behaviors temporarily numb unwanted thoughts, feelings and memories.

But when the numbness wears off, the wounds are still there, now complicated by a host of other problems – job loss, broken relationships, eviction, felony charges, etc.

Since she was six, Jocelyne saw herself with a “price tag” attached. Her parents’ abusive marriage, bitter divorce and violent custody battle – “literally playing tug-of-war with my body in the middle of the McDonald’s parking lot” – ended with her father exchanging her for the deed to the house.

Child support meant she was “just a bill to my dad and a payment to my mom.” At her high school graduation, her dad said, “‘You’re paid off,’ like I was a car or something.” So Jocelyne saw her value in terms of dollars and cents. 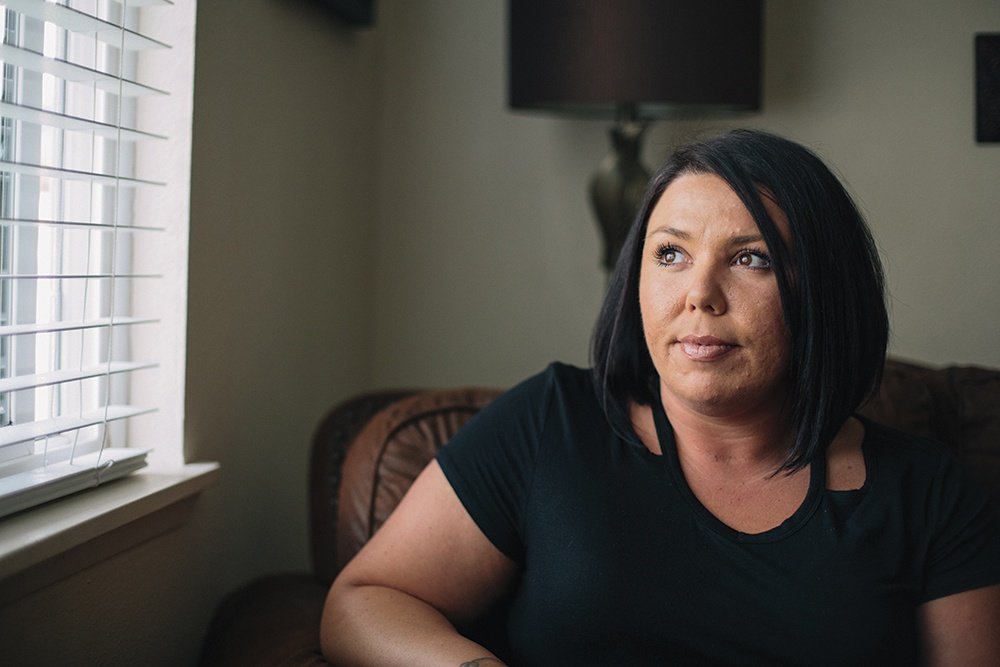 Instability at home further sapped her self-worth. Jocelyne moved 22 times and went to 17 different schools before graduating. She would make friends but have to move away, over and over. “I was so lonely.”

Desperate for friendship and connection, she gave people whatever it took to get them to like her. Sitting alone at a new kindergarten, she told a boy she’d give him her brand-new pencil box and pencils if he sat next to her. He took the offer.

Buying friends became a habit. In seventh grade, Jocelyne liked a boy who was looking for marijuana, and she knew her stepdad had a stash. “I didn’t know what it was, but I knew where.  … I went in with a scoop and I just kept scooping, and I gave it to this guy. All of a sudden, I became the coolest kid in school. All of a sudden I had all these friends.”

Jocelyne could see all they wanted were the drugs. “I used to say, ‘I literally am worthless. I have no value. I would say that. It was one of my mantras.”

Addiction as a pain reliever

But with marijuana and prescription drugs readily available at home, Jocelyne thought she’d found the answer to that feeling. Getting high meant “I didn’t have to be me anymore.”

From 13 to 27, other tragedies in Jocelyne’s “huge drug, trauma, history mess of just life” came hard and fast: At age 15, she was raped. Her stepbrother died from an overdose when she was 22. Her baby son was hospitalized, and weeks later, she lost her job.

Jocelyne pursued whatever it took to live in a fantasy amid the nightmare that was her life: marijuana, prescription pills, prostitution, and eventually meth. She tried to care for her children, with some periods of sobriety, but nothing she tried lasted because it couldn’t fix the pain underneath.

Jocelyne moved to North Idaho in 2013. “I thought, ‘If I move away, all the problems will just be gone. … I’ll start over, and life will be different.’ Yeah, that didn’t work either.”

But God was working. From her state caseworker to the foster family where her daughters were placed, Jocelyne kept running into Christians who cared about her.

She tried several treatments and programs. “I did all kinds of stuff, but nothing ever was consistent, and I’d go six months and I’d always relapse.”

In May 2015, having lost nearly all her relationships, Jocelyne reached a point of desperation. She put herself through a painful, weeklong detox from prescription opiates and entered a 28-day rehab center.

There, she had an encounter with God: “An overwhelming peace and excitement and joy just came over me … I couldn’t explain what was going on, and I ran into my counselor’s office. … She shared Jesus with me and what He had done, and how I was forgiven, and how everything that I’ve ever done, ever will do, it’s all taken care of at the cross.”

Jocelyne still needed much more than 28 days to heal the “worthless” wound she’d carried since she was a child. She had already blown off one chance to come into the Center for Women and Children, but God’s grace gave her a second chance. This time, she was “all in” – a crucial attitude for success in recovery. 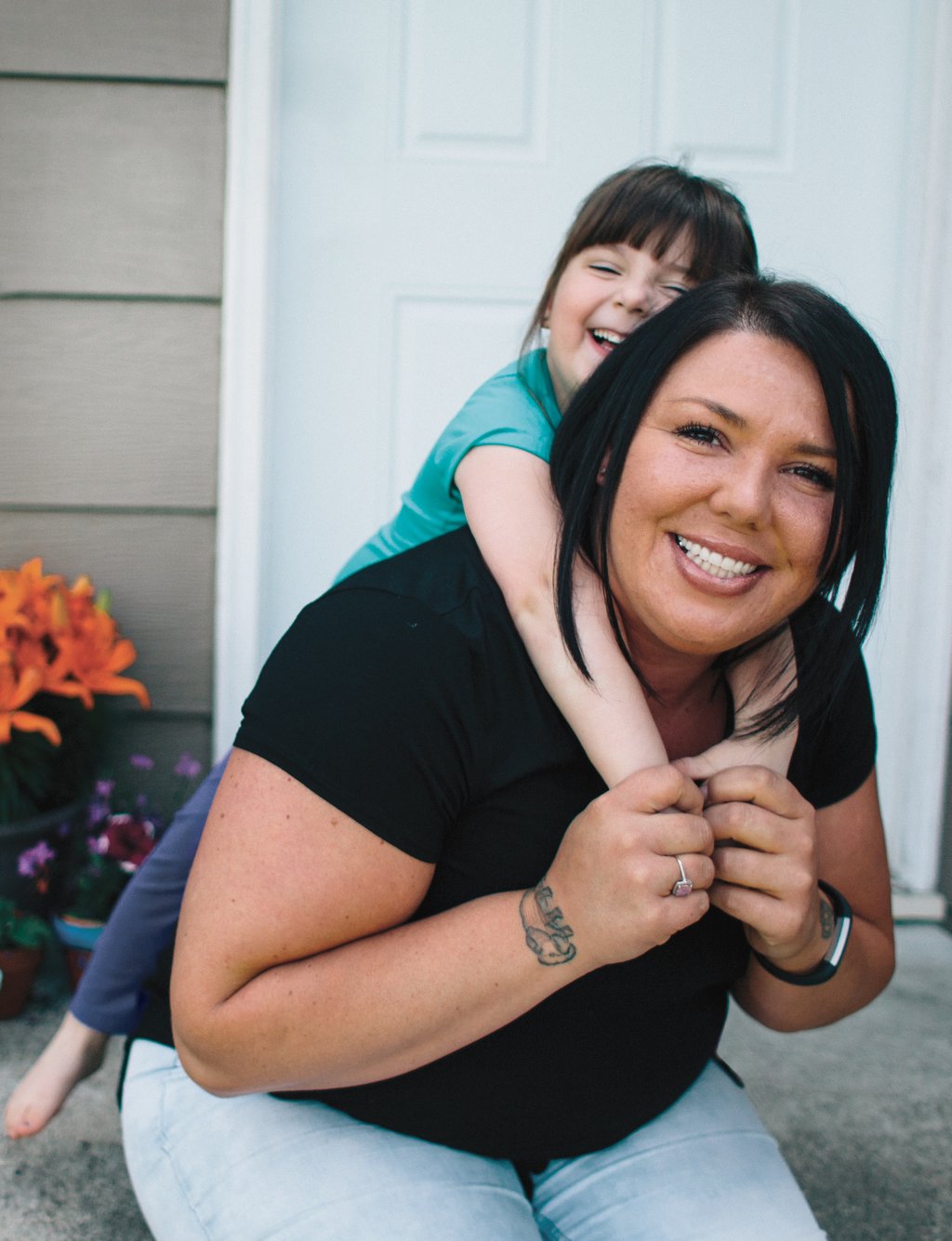 “I needed to be willing to look at all my stuff, and I had a lot of stuff I had to look at. I didn’t realize how much, or how hard the program was going to be. Honestly, my old self, had I known at the time that it would be that hard, I probably would have never finished. But God gave me the courage every day to just push forward.

“The only price tag that has ever hung over my head is paid for. When I found out what Jesus had done and what the blood of Christ had done for me and for everybody, the truth is, the debt’s been paid. And it’s a different kind of debt: one with everlasting love and unconditional love. I am worth more than any dollar amount or anything on this earth. The truth is I don’t have to walk in darkness anymore. I don’t have to feel worthless.”

Click here to see all articles for the July 2017 issue.