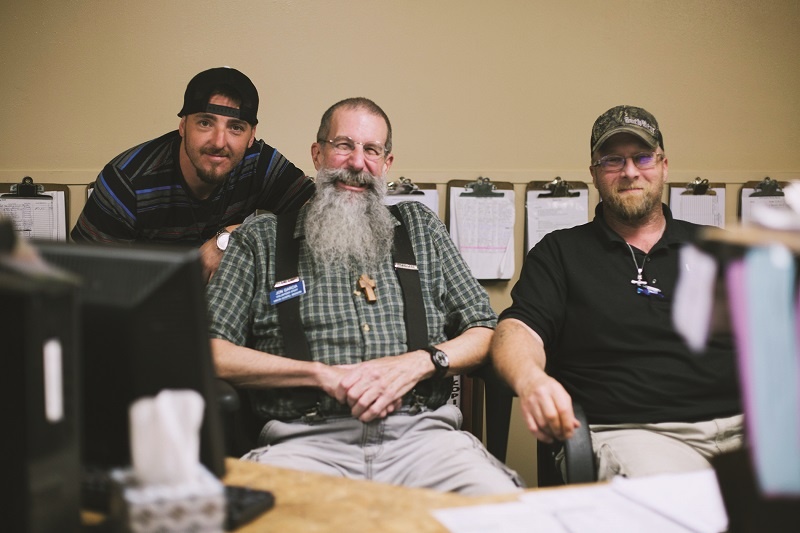 A Spokane resident since the 1970s, Jon Garcia loves to soak in the beauty of the Inland Northwest while walking his dogs. Traversing various state parks, Jon often came across trash from abandoned homeless camp sites. He made it part of his routine to clean up the areas and worked with the park rangers to keep people from camping there illegally. After a few years of getting people to “move along,” he felt God nudge him and give him a different goal: “I needed to stop sending the homeless away and start telling them about Jesus instead.”

That wasn’t something that came to Jon naturally. As an introverted guy whose career was in running machines, interacting with people wasn’t his forte. But he couldn’t ignore God’s repeated call. When he retired in November, he was already resolved to spend his free time sharing the gospel with homeless people.

But Jon wasn’t sure how to approach them effectively, practically and safely; he decided to ask the “professionals.” He stopped by UGM.

Jon’s desire to share Jesus was a perfect fit with UGM’s gospel focus. Coming to a volunteer orientation, he learned UGM is a lot more than a soup kitchen and dormitory.

Now, Jon works three mornings a week at the Men’s Shelter desk where the guests check in, ask questions and seek advice. When they come to the desk with a problem, he has a chance to pray with them and talk about Jesus.

He eats lunch with residents and befriends them. He also helps in the Aftercare Department, where he’s already had a chance to lead a Recovery for Life meeting and a mentor support meeting.

Before UGM, Jon had seen other people as a distraction in the workplace – now, he says with a smile, “they ARE the work!” Serving in the Men’s Shelter gives him on-the-job training dealing with people. And as he gets to know the residents, his heart for them only grows.

“I have a whole new perspective on homeless people. I used to think they were just lazy. Now I understand a lot of them had things happen to them to bring them here.”

Want to volunteer, too? Click below to get started!

Click here to see all articles for the September 2017 issue.