Dean Brewer came to the UGM Men’s Shelter ten years ago this month with little more than the clothes on his back. He had been homeless for a year, sleeping in his car for a while, then sleeping on the street or in parks, drinking every day, repeatedly moved along by police until one of those policemen asked him, “Why don’t you go to the Union Gospel Mission?” And he did.

Dean hasn’t had a drink since that day. Hasn’t used drugs in 10 years. He finished the UGM Recovery program, has a place of his own. He got his GED while at UGM and has been employed on the maintenance team at Washington State University, Health Sciences campus, for five years. Recently, he sent us a picture with the caption, “On top of the world.”

He was repairing the fan on a cooling system on top of a five-story building on campus, looking out over the city, and thinking about how far he’d come in 10 years. He wanted the guys staying at the Mission to be encouraged – “It’s possible. It’s possible to totally change your life.” 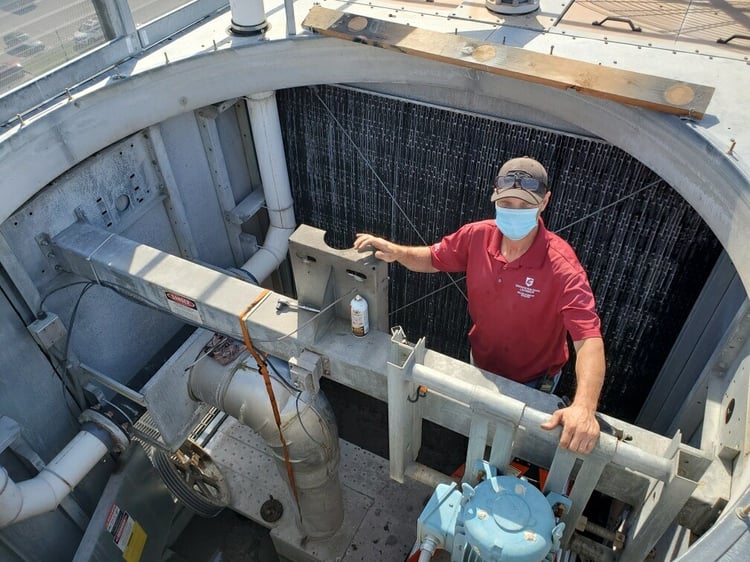 Dean had another message he wanted to share. At first glance, it might seem less encouraging, less motivational, but it’s also real. And equally important.

Dean has a good, solid job that he enjoys. “It’s nice when you’re developing something good.” He works on small engines in his free time. He has friends. He loves to golf. He prays every day, but he struggles with whether or not God loves him. Many of his prayers are crying out with questions. And he longs for a family, something he has never really had.

When a person experiences trauma during their formative years - and especially when trauma is the pattern, the norm - then their very personhood is shaped by that trauma.

“My parents were ill-equipped to be parents.” His dad just wasn’t around. Dean isn’t sure where he was because he didn’t hold a steady job until Dean was in his teens, but he just wasn’t there. He remembers his mom as either working or sleeping. “I don’t feel like there was any love there.” Sometimes his dad dropped Dean and his brother and sister off with strangers, people who abused them. Repeatedly. Dean has trouble speaking of it. “It was messed up.”

Dean was the middle child. His older brother was mentally challenged, and his sister a couple years younger. “I pretty much raised my brother and sister. There were lots of times when there wasn’t any food around.” Dean likened it to leaving a dog alone in a house to fend for itself. “We were on our own.”

“We never had anyone over. The house was filthy. Just filthy.”

Dean didn’t have a childhood. He didn’t have parents who showed love or modeled healthy relationships. Last week, Dean’s dad passed away, and Dean was still waiting for him to say, “I love you. I’m proud of you.” He cannot remember ever hearing those words. 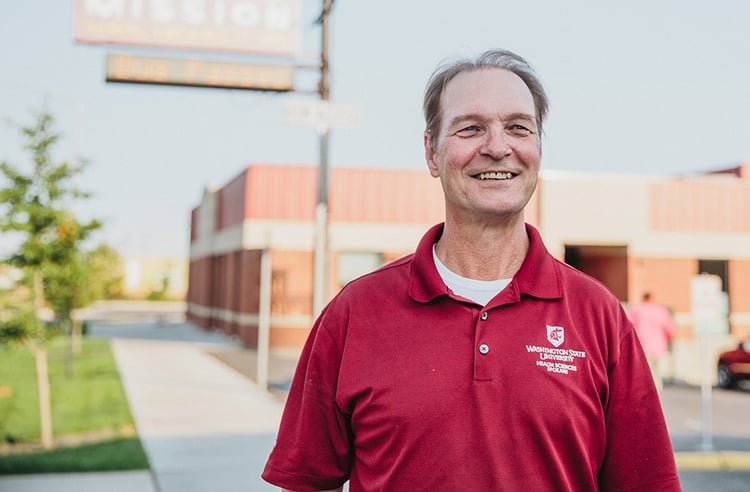 “All I wanted in my entire life was to be normal,

In first grade, Dean demonstrated some anti-social behavior. He doesn’t remember the details, but he does remember going through lots of psychological testing with ink blots and puzzles and finally being placed, along with his brother, in a separate school for kids who needed special education.

“It wasn’t like it is today. Back then, it wasn’t rehabilitation. They didn’t rehabilitate you and try to get you up to speed with the rest of the kids. Not back then. It was just housing kids.”

Even though he felt like he was being told that he was, Dean wasn’t stupid. He was capable, hard-working and ambitious. Before he was 12, he got a job delivering papers. And he worked hard in school. He was determined to get himself into the standard high school, and he did.

At 14, he won a trip to Disneyland for having one of the highest numbers of newspaper customers in the state. One morning, a man saw him delivering papers on his unicycle and invited him to join the Wenatchee Youth Circus.

He took home the 8-foot unicycle, repaired it, learned how to ride it and joined the circus.

From that time on, Dean was on his own, living with older friends. He had to drop out of high school. He supported himself by selling papers. He remembers earning a dollar a month per customer, so he started delivering for the Wenatchee World, the Seattle PI and The Spokesman Review. He was delivering hundreds of papers on a bicycle.

“It’s hard to finish school when you’re working. I was making good money. I was young and dumb, and that allowed people to come along and take advantage of me. You don’t get a chance to learn skills to live life. Life’s thrust on you, and it just eats you up.”

Dean says he had very few social skills. He was drinking every day.

“By the time I was 18, I was passed out drunk every day. I spent most of my life trying to look normal…I used anything I could get my hands on. It was all about getting numb, really, really numb. And you can do that with lots of stuff.” 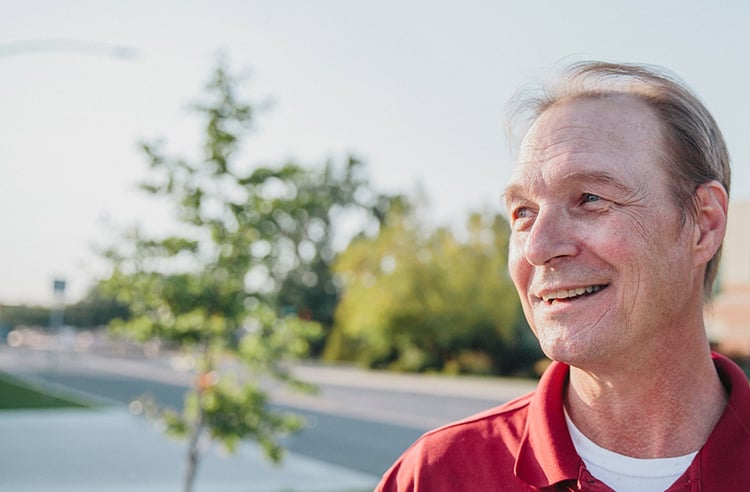 But Dean never thought of himself as an alcoholic. He always had a job. “I was always functional. I always made it to work the next day.” And so it went – a decades-long cycle of success and self-sabotage, numbing and hiding, failed relationships – two failed marriages, a son he hasn’t seen since he was four months old – and continuous addiction…until the day he came to UGM.

And he’s grateful. But all that trauma, all those missing pieces, don’t just disappear. At least, they didn’t for Dean.

For some people, recovery might be a supernatural, instantaneous healing, but for most, it is a difficult, daily decision – a choice to keep growing, a choice to lean into God, to choose gratitude, to choose recovery. The trauma doesn't disappear. You learn how to address it.

And every once in a while, you get to be on top of the world - looking out over the city, remembering where you came from, and celebrating where you are now.

Dean described what he received at UGM as a new foundation, and he’s building on it.

“We’re always growing and learning in life. Now, I get the chance to do that with a clearer head.”

Dean admits that he struggles to grasp God's love, to believe it, to hold onto it. Part of our job is to keep sharing the message, to come alongside those who are hurting and to help them believe: God loves the poor, the broken, all those who recognize their need of him. For more, download our free e-book on the subject.