Elizabeth: Under a Shadow

I came to Anna Ogden Hall in May 2017, just so broken. I didn’t think I could get more broken. I was like no smile at all. I would cry all the time and triggers every five minutes. It was getting pretty ridiculous. I didn’t think this program was right for me at first. I would tell staff, “I don’t know. I think you got the wrong girl. I don’t have a substance addiction.”

My addiction was people pleasing. I became the queen of people pleasing, but even as I was pleasing and pleasing, it never felt good enough, and I was on this constant mission of trying to fix my family.

Both my parents grew pot for a living. My mother struggled with alcohol addiction while I was growing up. I had a brother who had a drug addiction and also an older sister who battled addiction.

My sister took her life back in 2011. I was just overcome by grief and sorrow. The grief and the pain and the shame…it just became my identity. 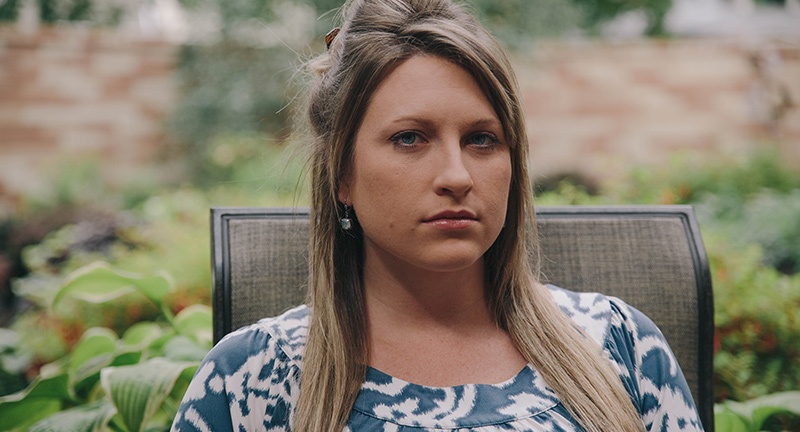 Elizabeth isn’t a drug addict. She’s not an alcoholic. She became a Christian years before coming to UGM. She read her Bible, prayed, went to church. Growing up in a very liberal area of Northern California with parents who grew marijuana for a living, she wanted nothing to do with that lifestyle.

“I was trying to be like, ‘I’m different. I’m choosing a different path.’”

She went to Moody Bible Institute for a year. She loved Jesus.

And, yet, she struggled with paralyzing depression and nearly constant suicidal ideation.

None of it made sense.

Elizabeth remembers thinking, “Hey, I’m really trying here, but every time I go out that door to get a job, I am hearing this lie that I deserve to die. Like, what am I living for? I just deserve to die.”

Over the course of the last 16 months in Women’s Recovery at Anna Ogden Hall, Elizabeth has done the hard work of unraveling this mystery of self-hatred. She has learned that she is dealing with survivor’s guilt, post-traumatic stress disorder and co-dependency – all of which are somewhat related. For her, the recovery process has been like peeling the layers of an onion.

“There were so many layers. I had no idea until I came into this program how many layers there were.”

A quick Google search defines co-dependency as “excessive emotional or psychological reliance on a partner, typically a partner who requires support due to an illness or addiction.”

Elizabeth defines it like this: “To me personally, it’s when I have placed someone else as my savior or I have placed myself as somebody’s savior instead of God being God and everybody being human. My main goal in this program was to become less and less co-dependent and more God-dependent.”

Prior to coming to UGM, Elizabeth was fixated on one goal: to fix her family. It sounds like a good goal on the surface, but in truth, it was killing her.

The website Mental Health America, sheds light on what happens in dysfunctional families: “Attention and energy focus on the family member who is ill or addicted. The co-dependent person typically sacrifices his or her needs to take care of a person who is sick. When co-dependents place other people’s health, welfare and safety before their own, they can lose contact with their own needs, desires and self.”

Elizabeth relates to that loss of self and finding worth in being needed.

Elizabeth’s sister struggled with a mental illness for years before she killed herself. She was diagnosed with bi-polar, schizoaffective disorder. “She heard voices,” Elizabeth explained. Her sister’s illness and later her addiction often took center stage in the family, and yet, no one talked about it.

“In my family, our way of coping was denial, like there was this big elephant in the room. It was frustrating for me at first to see this going on and nobody’s talking about anything, but at the same time, I didn’t feel like I had a voice and the matter is too big, too chaotic… It really taught me to survive in a way that was very silent. In the background.”

Dysfunctional families do not acknowledge that problems exist. As a result, family members learn to repress emotions and disregard their own needs. They become ‘survivors.’ They develop behaviors that help them deny, ignore or avoid difficult emotions. They detach themselves. They don’t talk. They don’t touch. They don’t confront. They don’t feel. They don’t trust. The identity and emotional development of the members of a dysfunctional family are often inhibited. (Mental Health America) 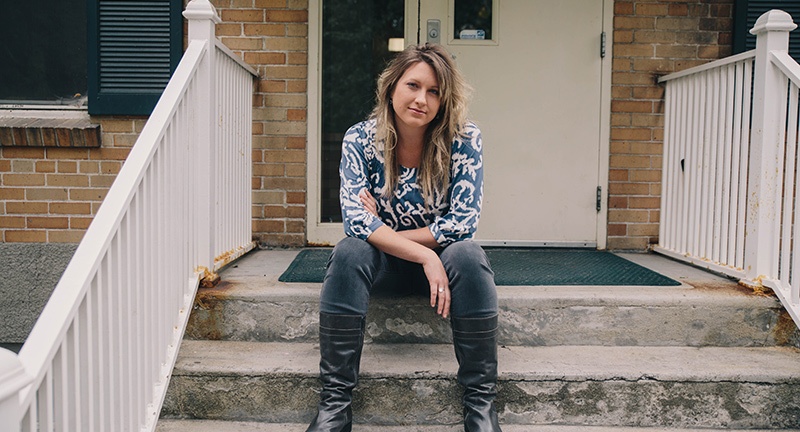 Elizabeth sought purpose and meaning in being needed, a role she now identifies as “the rescuer – the one who feels responsible.” One of the problems with being the rescuer is that it distracts you from your own stuff, the issues within you that need attention.

Elizabeth wanted desperately to fix her family. At the same time, she felt helpless to do anything.

“It was my dream to be able to grieve as a family. I had this picture of me being close with my family and us all being close together… But my family was just as broken as I was, so we were all broken together. It wasn’t like I could depend on them to support me. We were just all trying to do our best in our brokenness.”

The harder she tried to make her "big, happy family" dream come true, the worse things got, until one day, as she was obsessively trying to rescue her brother, her uncle said to her, “Elizabeth, the most important thing is that you take care of you.”

Elizabeth describes that moment as her “ah-ha moment.”

“Somebody from my family saw what was going on and knew the ins and outs of my family but still said to me, ‘You need to take care of you.’”

She realized she was avoiding her own pain, her own grief, her own shame, by focusing on everyone else.

And so her journey of healing began. It wasn’t an immediate, miraculous healing. In fact, there have been lots of starts and stops, hills and valleys, but in what Elizabeth sees as a glimpse of divine irony, her pastor recommended Anna Ogden Hall as her next step. 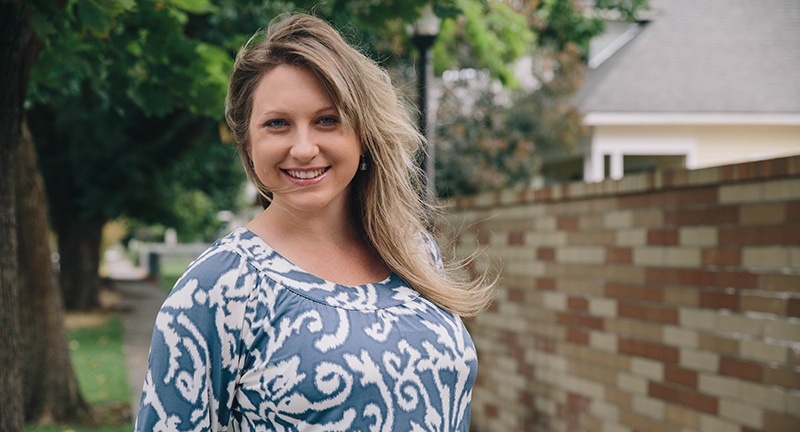 “God is really funny sometimes, a lot of times. I think he knew that the way for me to get the kind of healing I needed was to be immersed in this environment with women who struggle with drugs and alcohol addiction…women who would tell me, ‘No, it wasn’t your fault.’”

To heal her from her obsessive need to fix her family, God placed her in a house full of recovering addicts. And showed her that they had healing to offer her.

“I was very surprised at how many random acts of kindness I would receive from these women here. And it would just kind of make me scratch my head, like, what is going on here?”

Over time, Elizabeth grew to realize how much she had in common with the women around her and that she was under no obligation to "fix" them. In fact, they didn't want her even to attempt it.

"It's been such a process of letting that go. Letting that responsibility go. And I don't want it. I really don't. It's too much of a burden for anybody to carry."

She and the other residents at Anna Ogden Hall are all on a journey of healing together.

"God sending me here has just been the greatest thing he could have ever done for me because here I get to talk about it. I don't feel alone in my pain anymore. I get to share it. There's no secrets anymore. That's been the biggest healing medicine for me honestly."

“I just feel wrapped around – like a blanket of support. I’m very grateful to God for that. He knew I needed it.”

All kinds of healing take place within the walls of UGM. Want to know more? Download Phil's free e-book, Lessons from a Homeless Shelter.

I Have a Mental Illness
Addressing Depression: the Next Step
An Inside Look at Depression
From Anger to Depression to Attempted Suicide