Zach, 21, says he grew up at UGM. When he entered the Men’s Recovery program, he had dropped out of high school and never had a job. What he did have was a handful of felonies and a methamphetamine addiction.

“Before I came to UGM, I was in jail. I was on a DOC violation for absconding from my probation. And before that, I was using meth, stealing out of peoples’ cars, stealing cars, and I’d dropped out of high school.”

When he was 19, Zach’s probation officer gave him one last shot at choosing a different life path. Otherwise, the next step would have been prison.

“My mom was at the Women’s Crisis Shelter,” Zach says.

“And I’d used with my mom. We’d done drugs together, sold drugs together. So seeing her get her life together was hopeful for me. I came up here as soon as I was out of jail, and that was my whole focus - to get into the program.”

Zach’s drive to pave a new road for himself helped him overcome the uncomfortable early days at UGM. “I found out soon that these people wanted to help and the people who were in the program seemed pretty healthy.” The focus on whole-person healing that is central to UGM’s mission drew out the best in Zach – the part of himself that he’d known was there but hadn’t known how to develop: the desire for righteousness.

“I dug a lot inside myself and became more aware of who I am and how God made me to be.” 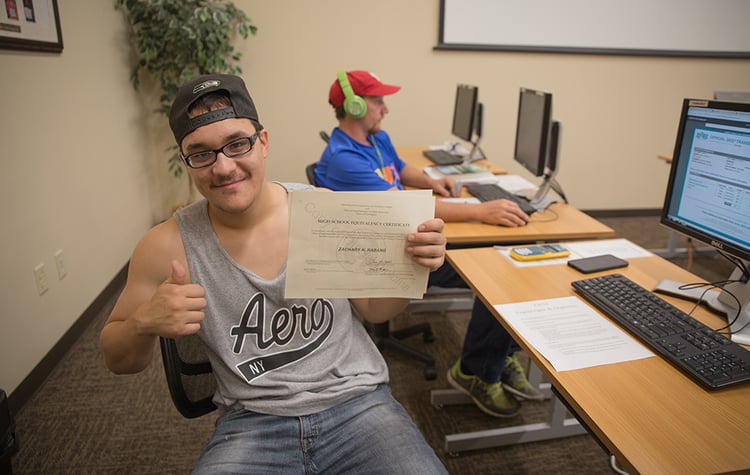 Zach’s progress through the program was nothing short of admirable. He completed his DOC requirements, he got his GED, he learned through Worknet how to work a job and thrive. “I’ve had a job at Jack in the Box and I hear I’m doing really good there.” He beams. “And starting in August, I have a job at Whitworth University, in the kitchens.” He’s working on getting his driver’s license and saving money for an apartment of his own.

Today, as he prepares for Commencement, he lists on both hands all the phase brothers, counselors and family members who are on his team going forward, most of whom he is in contact with daily.

“I can feel the love and care,” he says. “People here really cared about me.”

Zach is excited to maintain this strong community as he transitions back into society, this time as a contributing (and joyful) member. 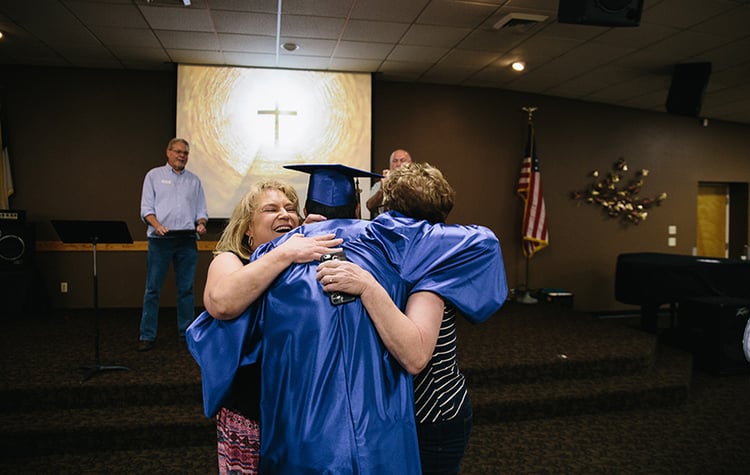 Feeling unconditionally loved during recovery is a theme we hear often from our residents. It is a theme that resonates with all of us - young and old, healed, hurting, hopeful and despondent. Everyone has the core need to be accepted. However, when the need is unmet in childhood, it often becomes a hook on which addiction can take hold.

Meet Stephen. Hockey player, trucker, felon… a man in need of approval from his dad.

“I’m from a typical Irish family: Brother’s a cop and I’m a felon.” 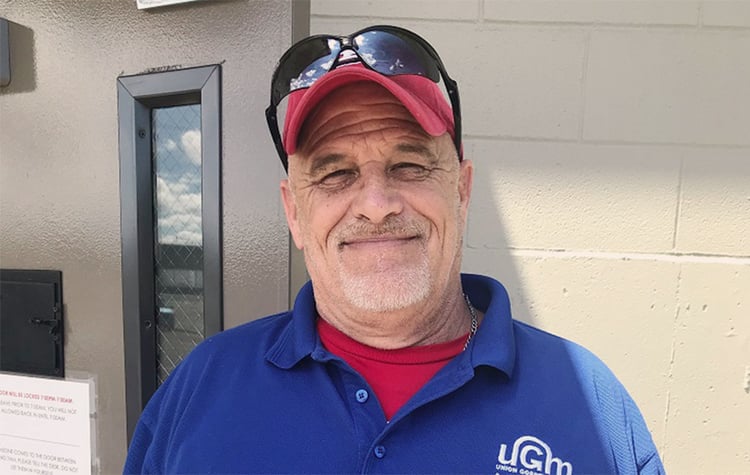 Stephen can laugh a little at the image he paints of his family, but the truth is, he felt abandoned. “My family was not there for me. I remember my mom coming up to me when I was 13 or 14 and saying, ‘You need to stay away from your brothers.’ Because I was following in my dad’s footsteps. And he was not a good guy. I loved him and I looked up to him, but he was not a good guy.”

When Stephen was 14 his father was murdered. Unguided in how to cope, Stephen turned to recreational use of painkillers to dull the sense of loss. He had already learned how to get as many painkillers as he wanted from various doctors, having had his hand crushed in a fight during a hockey game earlier in the year. “It was all painkillers from then on,” he admits, “and then of course the alcohol followed after.”

Before long, he was also illegally distributing marijuana, and that is what eventually landed him in a state penitentiary for ten years. “I learned I was not a good drug dealer, but—” Stephen laughs— “going forward, I still kept making the same mistakes in my head.”

It just looked different. Stephen got his CDL and became a successful hockey coach. His life was looking pretty good. “I was raised to hide who I was,” he says, “so I was just bouncing all over the place. That’s what I loved about driving: You’re never in the same spot. Same with coaching.”

“But you’re always going to be stuck with you.”

And one day that became abundantly clear. “I’d failed a drug test. They found me at a stop and dragged me out of my truck and flew me back to Seattle.” He also lost his position as a coach.

“My life was a mess again. I could never get it all together. Not for more than a little while.”

Eventually, several decades of this lifestyle landed him on the doorstep of Union Gospel Mission’s Men’s Shelter. A counselor he’d had in prison, who he’d maintained contact with, told him about UGM’s program and he said, “Stephen, you need to stop running from yourself.”

Finally, Stephen was ready to learn how to stop.

Through UGM’s Recovery program, Stephen had the chance to practice pausing, and waiting on God for direction. Through the practice of slowing down, and through the intensive self-evaluation process, Stephen was encouraged to dig deep into his relationship with his late father. “You’re still trying to prove things to your dad,” one of the counselors told him during an evaluation. “And I was.” From there, Stephen dove into the study of God as a heavenly Father.

Fascinated by scripture, loved by many brothers, and becoming aware of God’s love for him, Stephen learned to rest.

Shortly before completing the program, Stephen had an accident at work. He fell 30 feet off a ladder, landing on his shoulder.

As he was finishing his stay at the hospital, his doctor wrote a prescription for a strong painkiller. Stephen says he prayed before considering filling the prescription. He laughs. “God said, ‘You don’t need these. You’re not going to do ‘em.’” And that’s when Stephen saw how different he’d become. He honestly didn’t want to go down that road again. And now he had the self-respect that helped him choose a different path. “And God helped me get through without them.” He grins. “You know, I enjoy life today. I enjoy birds. I enjoy the smell of the grass, watching the rain, the sun. It’s not rush rush rush.” 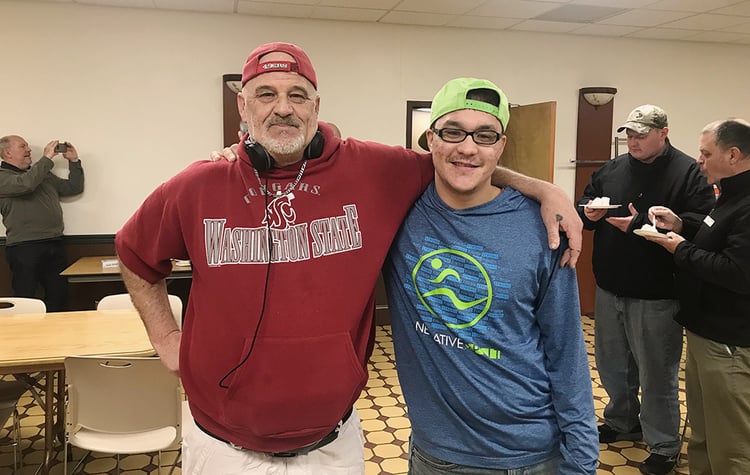 “You see, UGM loved me so that I could love myself. I’ve told that to a lot of guys. ‘They’re gonna love us until we can love ourselves.’ And it happens. That’s how you do start to love yourself again." 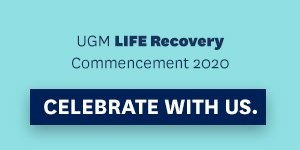