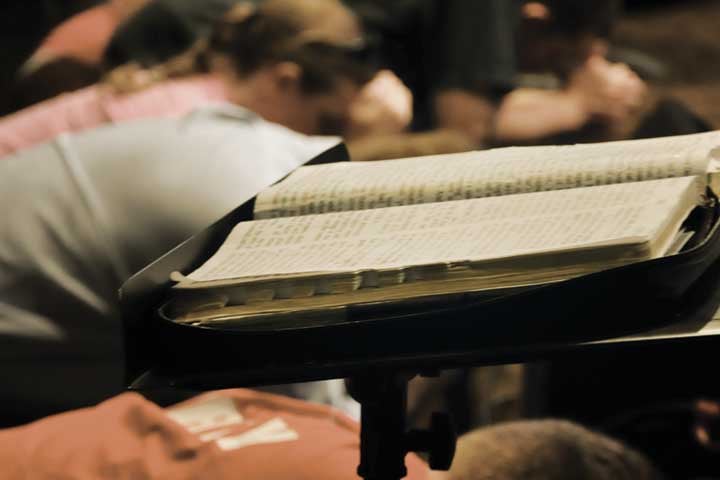 All of the people interviewed for this article described lives of profound desperation. They were in mortal danger – not from starvation or exposure – but from self-loathing and shame.

Before coming to the Mission, Mike Case, 41, spent a year in bed – getting up to make dinner and then going back to bed until the next day. He described himself as a “complete failure.” Mark Lahr, a meth addict for 30 years, came through the Mission’s east door after his attempt to kill himself didn’t work. Robin Paneiro, 50, fled an abusive marriage to come to the Crisis Shelter, describing her home as a “place of darkness.” At 45, Darrin Manson couldn’t hold a job. He’d work just long enough to go on a drinking binge, binge for as long as he could, then find another job, binge, and find another job. David Harvey, 49, spent 30-plus years concealing a homosexual lifestyle. “I had hated myself for so long,” he said. Michael Skaff appeared to be a successful businessman, but in private, he used alcohol, pot and pornography to get from one day to the next.

Michael and Robin sought out the Mission and Crisis Shelter as places of healing (read fuller versions of their stories on our website). The others were not looking for God. David just wanted to get out of the cold. Mike Case was an atheist. He planned to use what the recovery program had to offer while “pushing all the God stuff to the side.” Mark had no intention of turning his life around. He meant “to work up a little money and hit the road.” Darrin believed in God . . . and hated Him. To Darrin, God was a sadistic monster waiting for the opportunity to punish him for the smallest mistake. If he needed any further proof, just look where God had sent him – a homeless shelter. “I hated God because He obviously couldn’t care less about me.”

Only God did care. About Darrin. And David. And Mark. About each of them. And, strange as it may sound, He brought them to the Union Gospel Mission to make that clear.

“In reality,” Darrin realized, “this was His answer.”

David found grace and forgiveness during chapel when another man shared about his entrenchment in, and redemption from, the homosexual lifestyle. Having grown up without a dad, David said, “What this place really did for me was show me who my Father was.” Mark met God through a young girl who prayed for him after chapel. “That’s when Jesus entered my life.”

For Mike Case and Darrin, spiritual healing was a process. They experienced God’s love through extended exposure to a safe and healing environment. Accepting Christ enabled Mike to see that he was not “just a useless waste of a person. Who I used to be was someone who was completely closed off to the outside world. Who I am now is someone who is reaching out to the outside world for help and to help.”

Darrin began to see that God was not his enemy: “His intentions toward me were always good, even in the midst of the mess I grew up in. He is always motivated by love, and he is constantly trying to bring people to repentance and change and growth.”

These glimpses illustrate the core purpose of this ministry: to introduce people to the love and power of the gospel because it is God who restores the soul and transforms lives from the inside out.

Click here to see all articles for the April 2012 issue.