Author’s Note: From my earliest days at UGM, I have wanted to follow someone all the way through the LIFE Recovery Program, interviewing him or her at each phase and hearing about the journey and growth as it happened. An admirable idea that proved a bit tricky to accomplish. How do you know in phase 1 who is going to persevere to the end? At long last, one programmer’s story, phase by phase.

Robert Turner arrived at UGM in November 2019 after a period of homelessness. An elderly woman who saw him reading his Bible in the park suggested he go to UGM. Robert told God he needed a sign: “Well, if you want me to go, provide the bus fare.” He found $2 on the sidewalk. 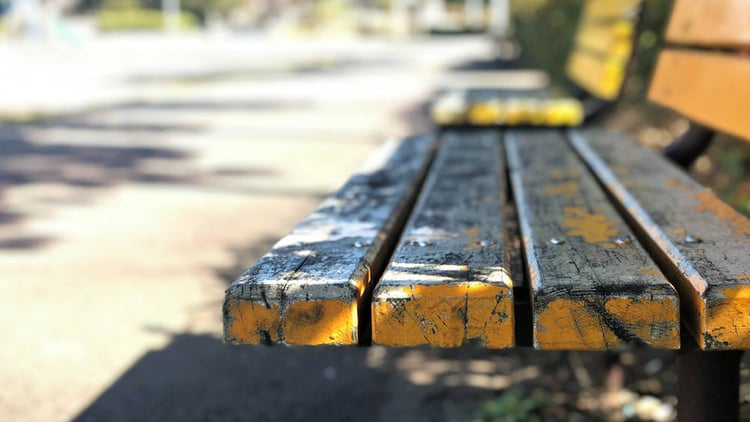 The first time Robert and I spoke in March 2020, he didn’t think he needed a long-term recovery program. Yes, he had been homeless, sleeping in parks, subsisting off half a loaf of bread a day, but that was a bit of a fluke, a one off. Sure, he had used drugs, but he didn’t have a substance addiction. He had always held a job, got paid well, was praised for his work ethic. Plus, God led him to UGM, and while here, he found Jesus, so he was golden, he told me. 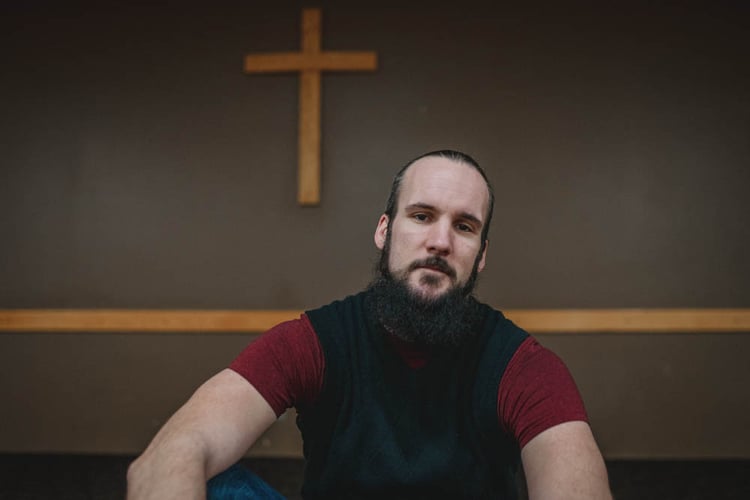 “I had an actual encounter with God, and I can say that now because the fruit of my life is totally different. You can’t have an actual encounter with God and be the same after that. It’s not possible. The way I think is different. My motivations are different. Each decision I make every day is different. My addictions were broken in the matter of about a week. I don’t smoke. I don’t drink. I don’t cuss. Gone. I don’t even have the desire to be around drugs of any kind. And my addiction to women was broken. I think that was the most important part for me. I stopped using people physically, and if God will give me the opportunity to go out and speak to one person who was as lost as I was, and if one out of a hundred hears the message and it resonates with their spirit, then it’s a life worth living.”

“I had an actual encounter with God,
and I can say that now because the fruit of my life is totally different.”

Robert spoke those words in March 2020, and I have no doubt he believed them to his core. He was working a graveyard job, saving money, doing his chore on the day desk and ministering to guys checking in. But he kept stumbling in the same old ways and realized God had more for him.

Robert joined Men’s LIFE Recovery on May 11, 2020. Adjustment to community life was smooth as he had already been living at the Men’s Shelter for six months, and he welcomed the self-evaluation process.

Admitting he had a problem was step one for Robert. While turning his back on drugs wasn’t an issue, Robert realized he had process addictions. He was addicted to explicit behavior (sex) and violence. He could repent and have the best intentions of behaving in new ways but living out his intentions proved problematic. 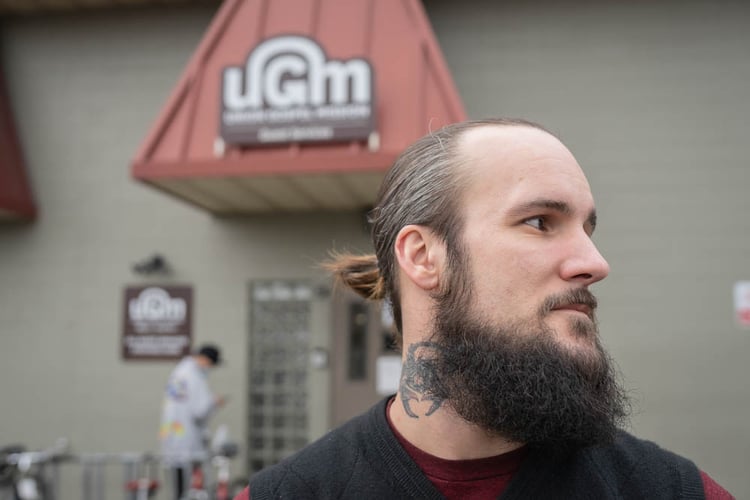 “I needed to understand and believe what God says about me. I realized I needed the opportunity to slow down, not do the rat race, have nothing to hide behind… This opportunity doesn’t happen in the rest of the world. Here, time stops for a minute. You realize who you’ve been without God. I had it together for a long time…”

“...I needed the opportunity to slow down,
not do the rat race, have nothing to hide behind.”

Robert admitted his brokenness. He put his faith in Jesus and was baptized in August 2020.

Phase 2: Looking under the hood

The defining moment of phase 2 for Robert looks like a negative at first glance.

Serving on the day desk, Robert took his responsibility to protect the house quite seriously. He also felt very protective of God’s name and reputation. A man who had been asked to leave UGM was standing outside the east door with his face to the grate, shouting expletives, denigrating God and UGM, and Robert lost his temper. He kicked the door into the man’s face. 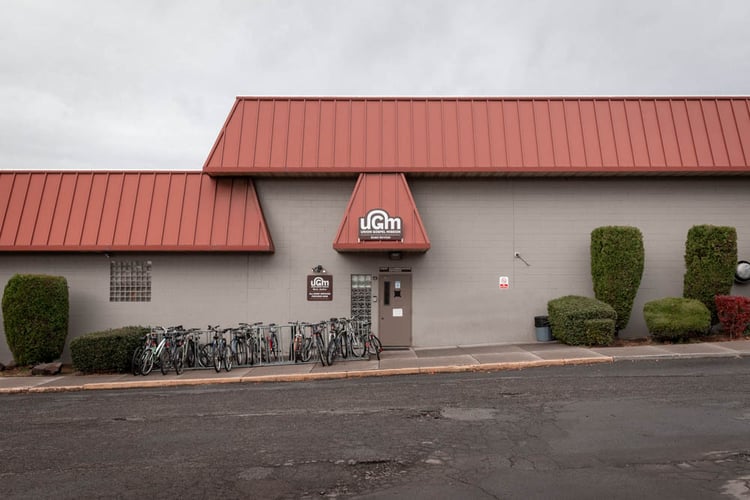 Immediately, he knew his behavior warranted him getting kicked out, so he chose to leave on his own. He went up to his room, packed his bags, apologized and left. Before coming to UGM, Robert said, he would have gone outside and beat the guy up. Still, he knew violence was unacceptable at any level.

Robert was amazed that, while he was away, God still provided for him. “I don’t have anyone outside of here. I don’t have any friends or family.” And yet, someone called him as he was leaving with a place for him to stay.

While he was out, he prayed. He asked God why he was so angry, and God showed him that he was still angry about the people who abused and molested him when he was young.

Robert came back and went to an accountability meeting – a requirement to come back into the program. Robert met with the other men in his phase. He walked through the timeline of his life and shared about the abuse.

“I don’t like people knowing that stuff about me. I feel shame and like they’re going to think there’s something wrong with me.” But he found that when he shared what was going on with his phase brothers, they didn’t reject him. They didn’t think less of him.

“I don’t like people knowing that stuff about me.
I feel shame and like they’re going to think there’s something wrong with me.”

Shortly after he came back, a guest approached him, making crude comments. He felt the anger rise, but he walked away and said, “You know, I’m going to let Jesus handle this.”

Robert said phase 3 was all about tearing down the lies. “We self-protect with so many lies: I don’t need anybody. I’ll never be good enough. Why try? It takes time to even realize what you are telling yourself.

“I didn’t know what a real man was. I knew the definition the world slapped on it – job, nice car, confidence…

“It takes a real man to walk out the gospel, to trust that God is going to be there when He said He was going to be there. To be humble. To be meek. You have to take real risks and be vulnerable. Risk is the key.

“You have to take real risks and be vulnerable.
Risk is the key.”

Speaking of risks, Robert said the self-evaluation process was central to his recovery. He made a regular practice of getting in front of his peers and evaluating his choices. For him, it was a time when breakthroughs would happen. What did I choose to do? What was I thinking? 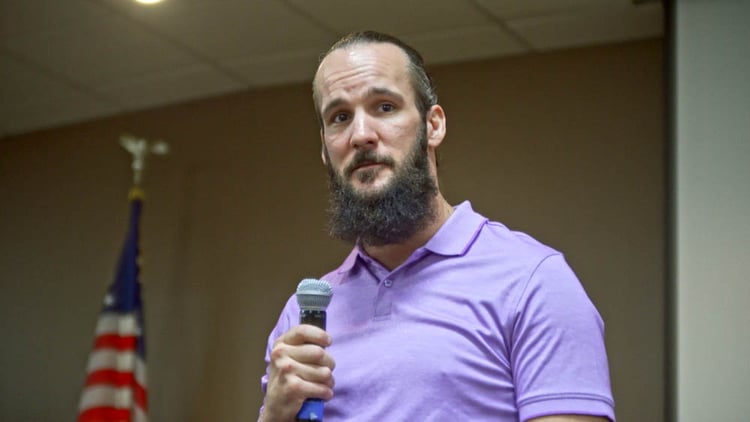 Since Robert was training for the Negative Split 10k during this phase, we also talked about the role physical fitness plays in his recovery. Robert was running every day at 5 a.m.

“Physical exercise in my recovery is key because I spent so long tearing my body apart and protecting my emotions. There’s lots of emotional work here, and it’s very, very hard. I have to have a physical outlet. Otherwise, I couldn’t handle it. I need that physical release. 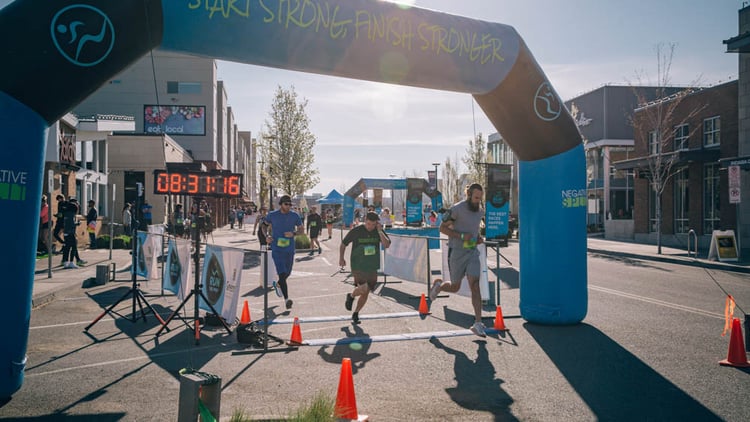 “Plus, when you start to view your body the way God views you, you see yourself as a temple of the Holy Spirit, and I want my temple to be as pleasing to God as possible.

“I set ambitious goals, goals that I might not make. I’ve never done that before. I’m OK with that because I’m OK with—because, for the first time in my life my best is good enough.”

“...for the first time in my life
my best is good enough.”

Robert ran with intention, finishing 20th overall and second in his age group. He also lost two toenails. (Side note: when Fleet Feet Spokane heard about this, they offered to outfit Robert with shoes that really fit.)

“The guy in front of you is not
the same guy who first came to UGM.”

When we sat down in August of this year, Robert said: “The guy in front of you is not the same guy who first came to UGM.

“I was so selfish when I got to the Mission. I thought recovery was all about fixing me so I could have a good life.” He came to understand that it’s way more about understanding who he is in Christ and then striving to use the grace and compassion he’s been given to bless the people around him. 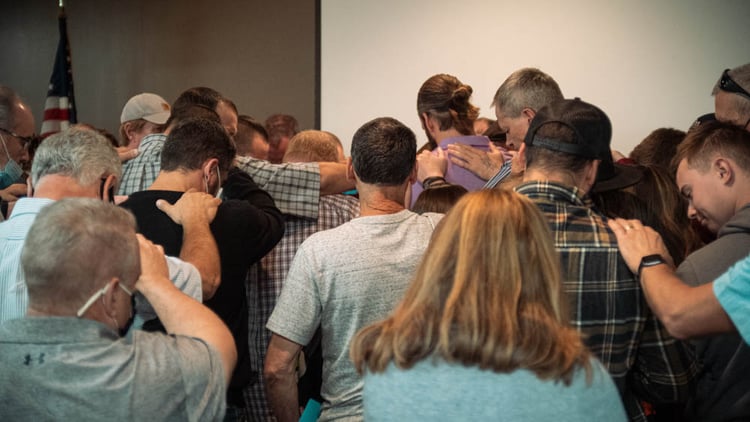 Robert said he used to use people to get validation for himself. Now, he knows he has value. “I’m not unwanted.” And that allows him to give freely to other people. He’s done with counterfeit relationships. 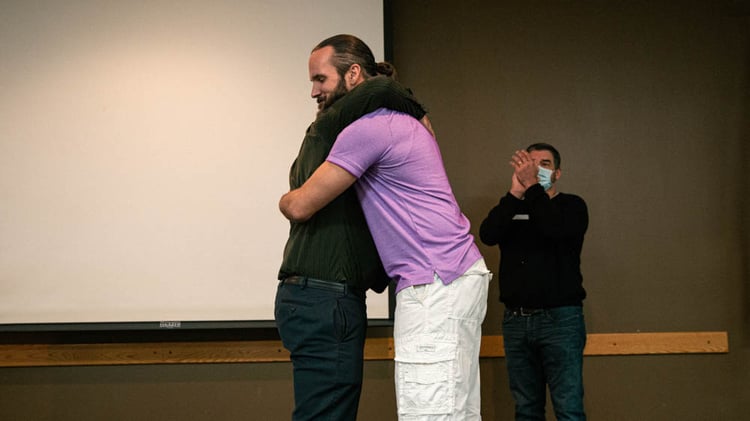 Robert completed his business practicum at Able Label and was hired for a permanent position about halfway through. “They see something in me,” and they’re willing to train Robert to do something new.

“It’s a reality transitioning out of here:
You take the light you found here, and you carry it out into the world like a torch.”

Real change is absolutely possible. Read more stories like Robert’s in the free e-book below.