The assignment: Draw a picture representing the work of the Union Gospel Mission on a napkin. Like an elevator speech. Only quicker and more visual. (Try it yourself: What would you draw?) 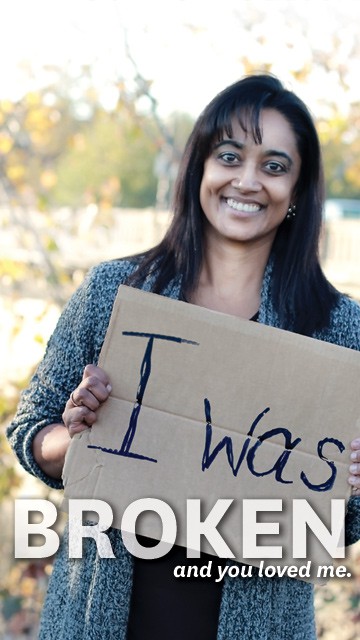 When that assignment was given to the UGM staff, many of the napkin sketches looked something like this: A stick figure broken in two pieces followed by another stick figure, now mended.
The Union Gospel Mission heals broken lives.
•
In Lisa Phinney’s case, brokenness didn’t involve any of the factors people typically associate with homelessness – alcohol, drugs, criminal behavior – but she did share a common bond with most other people in recovery: Life didn’t make sense.

“I had an unrealistic view of how my world should be,” she explained. “I just couldn’t take life as it was.”

Lisa had grown up in the church, given her life to Christ at seven and gone to Christian school. She had a picture of how life was supposed to be, what a Christian wife and mother should look like and how Christian children should behave. Much to her dismay, however, nothing measured up. Her marriage ended in divorce. Her ex-husband became the custodial parent. She went from being a full-time, stay-at-home mom to being a full-time worker, an ex-wife, a part-time mom, living alone.

It was all wrong.

And the bigger the disparity became between her actual life and her picture of what life should be, the angrier and more disillusioned she became. Yelling became commonplace, and when no one would listen, she took to yelling at the walls.

“My brokenness affected my children in that they just didn’t like me. They couldn’t trust me. They were scared of me, literally scared of me.”

Lisa’s daughter, Deziree, now a senior in high school, described her mom’s behavior like this: “For as long as I could remember she was always just angry and sad and would just yell all the time…I didn’t see her for six months because I was honestly just fed up with all the yelling and the anger.”

Lisa’s son, Josiah, now a junior in college, described the situation as bordering on dangerous. “It almost became unsafe to be around her. I’d have to call my father and tell him, ‘You need to get us out of here.’”

Things got worse long before they got better. Lisa lost her job. Her car was repossessed, and she had to move out of her apartment. She was hospitalized for a period of time to treat her anxiety. When she got out, she didn’t really have a place to go. She had emotionally exhausted everyone who cared about her.

Lisa believed all she needed was to get a job and get back on her feet. She checked into the UGM Crisis Shelter for Women and Children and started looking for a job.

“I literally walked around, got on a bus and walked all over the city putting in applications. I lost so much weight. I don’t think people saw the stability they needed to hire me. They saw a broken person.” 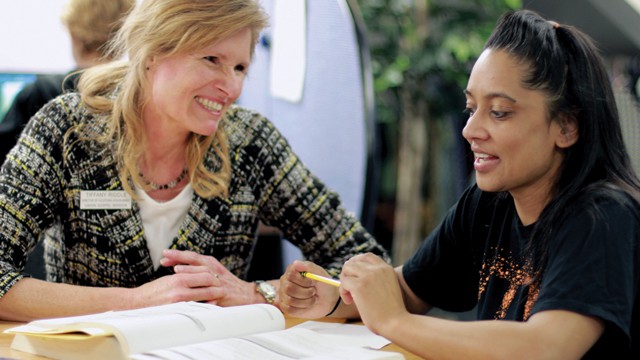 At that point, Lisa went from raging mad to shut down.

“It was hard to talk to her,” Josiah said. “It was like I was talking to the wall. It was odd, almost like it wasn’t her anymore.” Although he felt guilty about it, Josiah welcomed the opportunity to go to college and get away.

Lisa understands. “I was empty. Like I was there, but I wasn’t there. I was in danger of just withering away.”
Lisa had resisted the idea of long-term recovery.

“I picked up somehow that getting help or going in further was not living in faith. I thought [recovery] was for really bad people,” but she came to see that “brokenness is brokenness. It just comes in different forms.”

The truth of that statement didn’t sink in until much later, however.

“Skittish” is how she described herself when she first entered Women’s Recovery at Anna Ogden Hall. She didn’t trust anyone, certainly not herself. But no one pushed her, and slowly, over time, Lisa began to feel safe.

“They smiled. Every day they smiled at me. They didn’t care what my past was, if I yelled at my kids or had to go to the hospital.

“After a few weeks, it was like, Wow, they really want to know me. They want to be my friend. They’re not afraid to hear what I think.”

In that safe environment, Lisa began to explore her anger and the wounds behind it. Two years of healing are hard to sum up in one article, but Lisa pointed to several areas of change in her life:

1) Connection. “It’s really important to somehow let people be in your world…I used to be really scared of people. Now I’m not.”

2) Acceptance. “My normal isn’t going to be your normal.” Lisa tries not to expect perfection from herself or compare herself to everyone else. “(Recovery) helped me to accept myself. It helped me to find myself again.”

3) Wholeness. Lisa said she understands herself as a whole person now – not just a spiritual being but a person with physical, emotional and social needs that need to be nurtured, as well. 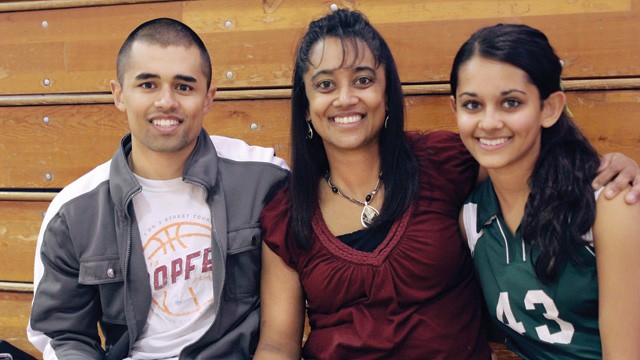 4) Live in the moment. “I did a lot of analyzing of life, but I never lived it.” Now, she realizes, “You don’t really see people unless you’re in the moment with them.”

5) Grace. God isn’t condemning her, judging her, wondering why she can’t get it together. She doesn’t have to try harder, be better. “The truth is that He will be faithful to complete what He has started. We don’t do it. He does it.”

And the result of all this healing? Lisa is stable. She has a job, a place of her own. She is writing and singing music. And best of all, her relationship with her children has been completely restored.

“God has completely turned her life around,” Deziree said. “It’s incredible. I like to describe her as bubbly. She’s just always smiling and has so much joy and energy and a love for God…My mom is living proof that God does still work miracles."

Read the song lyrics Lisa wrote after being interviewed for this story.

Click here to see all articles for the December 2013 issue.