The Freedom to Say "No" 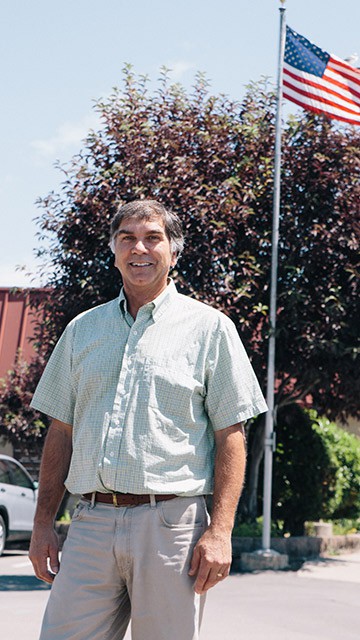 The interviews for this month’s cover story yielded some great insight on the subject of freedom. Particularly intriguing to me was how drastically residents’ definitions changed as they pursued recovery. Again and again, “before” definitions echoed this one from Kevin: “I thought freedom was being able to do what I wanted when I wanted and not being accountable to anybody but myself.” One of the big problems with that definition is that it’s not sustainable.

After doing what they wanted when they wanted for an extended period, residents realized they weren’t really free at all. They were in bondage – to shame, to addiction, to fear. They could not say “no” to drugs, to alcohol, to their own desires. An emptiness deep inside drove them, enslaved them.

Which brings us to the second problem with this common definition: It assumes that captivity always comes from an outside source – laws, rules, government, authority figures. And sometimes it does, but the biggest enemy of freedom often comes from within ourselves.

We are blessed to live in a country that values freedom. The first amendment to the Constitution guarantees us freedom of religion, freedom of speech, freedom of the press and freedom to express our grievances. I certainly don’t want to minimize those freedoms. They come at a high price, and I am extremely grateful.

At the same time, Jesus tells us that “everyone who sins is a slave to sin,” and that encompasses every single person on the planet. We cannot say “no” to sin on our own. We have a seemingly unquenchable thirst for affirmation, for pleasure, for material things, for comfort. Unquenchable, that is, until we taste the Living Water.

And Kevin is clear about the source of his freedom: “It wasn’t until I really tried putting Jesus first in my life…I feel that’s the beginning of true freedom.”

You are showing people who feel trapped and hopeless the way to true freedom.

To read more stories of people being set free, sign up for the Mission News.

Click here to see all articles for the July 2015 issue.