Why Get Involved in a Church?

Many of those who come to UGM for help have no family, or their families are still stuck in brokenness and addiction. Years of scrambling to survive may have turned their focus inward: “I need to look out for myself, because nobody else is going to do it. I’m all alone.”

When they encounter God’s love and the good news of Jesus, they know they need other believers for encouragement, accountability, and support as they move forward. They need local churches to step up, befriend and embrace them. They need a new family.

But family life isn’t a one-way street. God’s design for the church is for interdependence, with Christ as our head: “From Him the whole body, joined and held together by every supporting ligament, grows and builds itself up in love, as each part does its work” (Ephesians 4:16).

The Body of Christ actually needs UGM residents and alums as much as they need it.

We talked with three UGM alums who described the important role church involvement plays in their ongoing recovery.

From the very beginning of his time at UGM, Rex Reishus had a strong desire to give back, largely because of his independent streak. 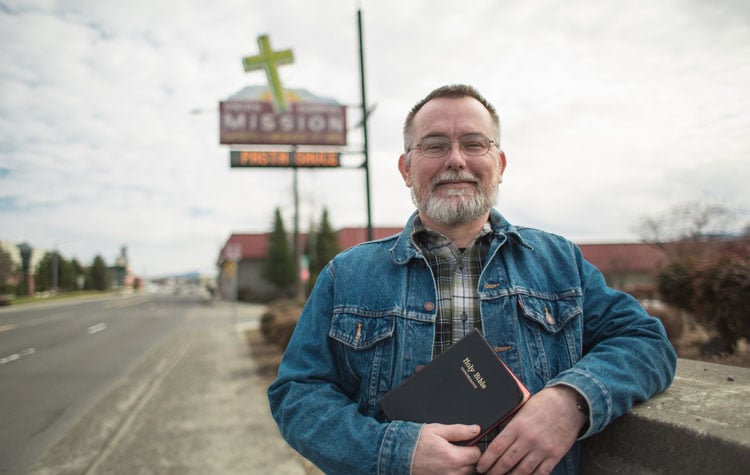 “I had a meal. At that point I’d been reading more of the Bible. One of the passages says that if a man doesn’t work, he doesn’t eat. So I came here, I was having a meal, and I asked them, ‘Is there something I can do?’ I wanted to volunteer to do something so I wasn’t just getting a free meal. That basically led into staying overnight because they said the chores are for [overnight] guests.”

Since Rex first came, shelter policies have changed so that men who come just for meals also contribute by doing work assignments. But he’s thankful his desire to serve led him to check in for the night. He hadn’t stayed here long when he realized he needed a lot more than just a meal. He entered the recovery program.

Early in his time at UGM, Rex started attending Mending Fences Fellowship, a small church made up mostly of people from a background of poverty, addiction or homelessness. He felt welcome there and was grateful to get solid Bible teaching from Pastor Kevin Ch’en, but Rex is a quiet guy and it still took him a while to connect on a deeper level.

The smallness of the church kept him from hiding for long. In fact, it became clear that the aging congregation needed things that he could give. “There’s not a lot of able-bodied people, so there’s more opportunities to serve,” he says.

Rex started helping with the monthly meal Mending Fences serves to the homeless and hungry. Now he serves as a greeter and helps with security at church services. Now that he’s completed the recovery program and moved out, that’s all on top of his full-time job working for the City of Spokane.

Rex is no longer a “lone wolf.” Joined to the Body of Christ, he is giving and receiving its blessings just as God intends.

“A place for me at the table”

Some residents come to UGM believing they’re worthless, that they have nothing valuable to offer to others. But the Bible tells us exactly the opposite, that the Church displays God’s miraculous work of joining people of all different types and abilities together in mutually beneficial love and service.

“God has so composed the body, giving greater honor to the part that lacked it, that there may be no division in the body, but that the members may have the same care for one another.” – I Corinthians 12:24 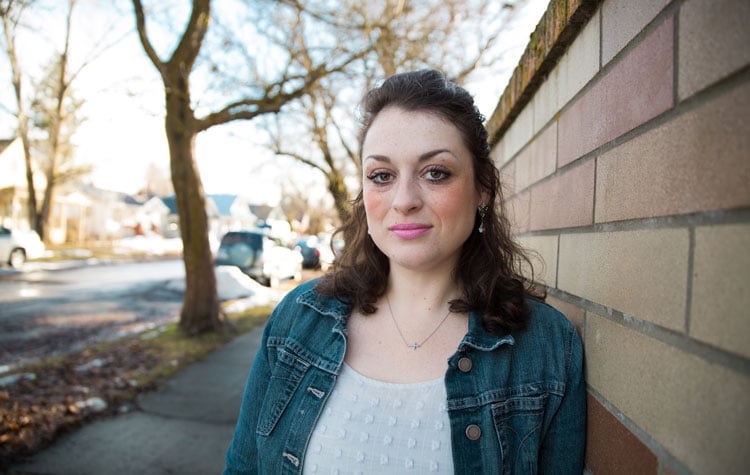 Heather Pollock, 2017 LIFE Recovery alumna, has attended Victory Faith Fellowship since before she came to UGM for the recovery program. She says people there poured love into her even at her lowest moments and walked with her through her darkest times.

But one of the best things she’s gotten there is a chance to serve with her unique gifts.

Heather serves in Victory Faith’s youth ministry with pastors Trebor and Molly Angerman. “They inspire me by how they truly walk the walk. They have made me feel very valued and made a place for me at the table.”

That sense of inclusion isn’t a coincidence. Victory Faith intentionally reaches out to people in UGM shelters and connects with people like Heather through Celebrate Recovery.

“God’s love doesn’t show favorites and when people experience the love of God and are shown that someone believes in them, that’s when lives are truly changed and transformed,” leaders from Victory Faith wrote in an email interview.

Wendy Ross, who finished Women’s Recovery at Anna Ogden Hall in 2016, also attends Victory Faith. She met church member and UGM volunteer Ron Hauenstein when she was at the Crisis Shelter, and Ron and his wife Becky brought her to church services and other activities throughout her time at Anna Ogden Hall. 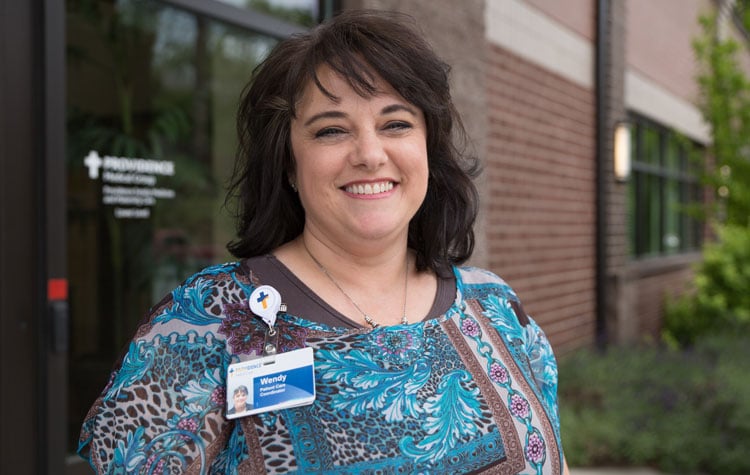 Two years after finishing the program, Wendy is actively involved in Victory Faith and is now a leader in Celebrate Recovery. The entire church is strengthened because, through Ron and Becky, Jesus pursued Wendy to make her an integral part of His Body.

“People thrive when they are given a chance,” Victory Faith leaders wrote. “We are blessed to be a part of giving people a chance and showing them that there is a better way and His name is Jesus!”

If God loves all his children equally, why does the Bible seem to favor the poor? Download our free ebook to explore what God’s Word says and how it applies to us today.

The Heart of Lifelong Recovery
It Won’t Be Different This Time
Long-Term Recovery: The Right Kind of Hungry
Not Alone