As a regular volunteer at the Crisis Shelter, Ron noticed a pattern in many of the homeless women and children he served: Dad wasn’t in the picture. In many cases, the father had been abusive or just disappeared. Ron decided something had to be done to restore families to be what God meant them to be.

“I don’t have a father, and my mother can’t take care of me right now.”

I was standing at the edge of a playground at a local elementary school last December. My purpose was to mentor a third-grade boy, but without explanation he had rushed away to play soccer with his classmates on a playground covered with three inches of slushy snow. I heard the Lord clearly say to me that my assignment was to stay on the dry asphalt.

The red-and-white Santa Claus hat I sported attracted a gaggle of girls who wanted to connect with me, someone they presumed had important communication links to the North Pole. They wanted me to be sure to tell Santa about the presents they expected to see under the tree.

After assuring them Santa would hear their requests, all but one of the girls drifted away. Upon learning she was in the first grade, I asked if she had brothers or sisters with whom she would be celebrating Christmas.

“I have two sisters but they live somewhere else,” she replied.

“So you live with your mother?” I assumed.

“No, my mother can’t take care of me right now. I live with my aunt and uncle, but they have their own kids.”

My journey to this chilly playground and chilling conversation – a child being raised by neither of her biological parents -- began 10 years ago when I became a volunteer at the Union Gospel Mission’s Crisis Shelter for Women and Children.

Because of my experiences there, I and others founded a ministry called the Spokane Fatherhood Initiative, which I chair. It was against this UGM-provided backdrop of the devastating effects of fatherlessness that I sought out this little girl’s story, not knowing that she would be a poster child for so much of what is wrong in families in America today.

In my lifetime, a dramatic sea change has tragically altered the design of the modern family. In the late 1950s and early 1960s, my grade school years, the out-of-wedlock birth rate was 6%. Today it is 40%.

In my sheltered upbringing in a small town in Eastern Washington, everyone lived with their mom and dad. Divorce, teen pregnancy, out-of-wedlock births and co-habitation were extremely rare.

Furthermore, my life was stable. I went to the same school for 12 years and had the same address until I went away to college. While my family life was far from perfect, my parents were together and I always knew I had a place to go where I would be welcomed. In short, I had a home where a light was always on for me. From that experience I gained a foundation of stability and security that is still a part of me today. 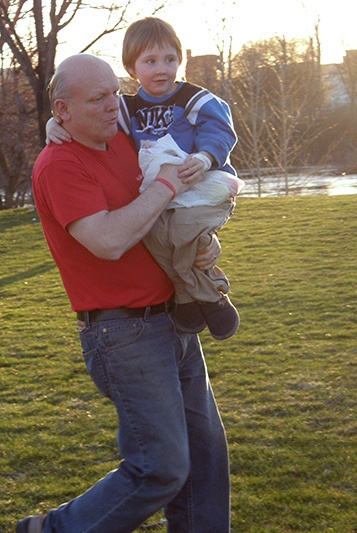 Tears moistened the corners of my eyes as I wondered if this shy 6-year-old has a place she calls home. Will she ever develop a rock-solid sense of self? Or will she be haunted by the never-ending unease of rejection and abandonment? Does she feel loved, wanted, secure? Or will her spirit always be in turmoil because she senses she just doesn’t fit in? Will she be a guest at a homeless shelter someday?

During my twice-weekly visits to the shelter over the last decade, I have met hundreds of women with children from multiple fathers. The overwhelming majority were unmarried. Very few were receiving child support. Many had fled an abusive man.

As I prayed with these women over the years, I began to ask, “Lord, how did we get here? When did men learn they could walk away from the children they bring into the world?  And how do we change this?”

Fueled by no-fault divorce and the birth control pill, the results of fatherlessness are devastating. Tonight, over 24 million American children will go to sleep in a home not occupied by their biological father. Contrast this with the moral standards of my growing-up years. Back then, if a man got a woman pregnant, he married her. Sometimes the next day! It was a code of honor among men that has been lost, perhaps forever.

The mission of the Spokane Fatherhood Initiative is to build stronger families, stronger dads and stronger kids. Our vision is to see God’s heart for fathers and families transform our culture. We do this through conferences, training programs and networking, connecting the church to resources that work. You can learn more at www.spofi.org. We need your help, especially in getting this message into the churches of Spokane.

The Union Gospel Mission is on the front lines of the battle against the devastating social consequences of fatherlessness. As fathers have disappeared, violence against women and children – the fastest-growing segment of the homeless population – has steadily increased. 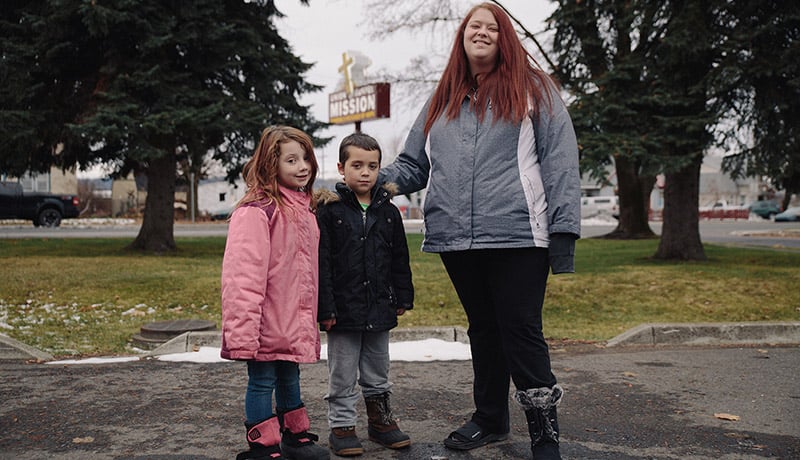 In Spokane County, over 3,500 K-12 students are considered homeless. If fathers lived up to their godly assignment to be protectors and providers, we would have virtually no homeless students. How many of those homeless students will eventually become homeless adults?

That shy 6-year-old standing before me that cold December day, twisting her boots back and forth in the slush as she patiently painted the picture of her life, is the story of this lost generation of children. When a father leaves, he takes something with him that cannot be replaced, except by a heavenly Father.

As believers, we have a heavenly Father who has promised to never leave us nor forsake us. He is a “Father to the fatherless” (Psalm 68:5). I count it a wonderful privilege and blessing to walk among broken women and lost children, sharing the love of the Father, letting them know that they are important and special and significant.

Perhaps someday that 6-year-old girl will know that transforming love, and her life will be changed forever.  I pray it will be so.

You can join Ron to make the difference for at-risk children by volunteering in UGM Youth Outreach!