A former Marine from the 2nd Battalion, 5th Regiment, Ben was a soldier’s soldier, part of a “grunt unit,” infantry, “tip of the spear – the front units, the ones that go in very first, like dropping out of helicopters – special operations capable.”

Before coming to UGM, Ben said, his definition of toughness would be something like this: “Being part of the team and never being the one to break down or anything like that. You count on each other, so everybody has to be pretty tough mentally and physically. Otherwise, if there’s a weak link in the chain, the whole unit is going to basically break down. Everybody has to be on their game. If you start to see weakness somewhere, it’s going to break the whole unit down.

“I never wanted to be that weak link.

“I think it’s a big problem for a lot of veterans because you get it nailed into your head that you can take on anything, especially with the Marines. Like we’re invincible basically, and we can do anything. You get that mentality from them from the day you graduate boot camp, and then you think you’re unstoppable and you don’t need to ask anybody for help.

“I thought, I’ve been through Marine boot camp, I’ve been to war, I can get through anything.”

Asking for help just wasn’t an option, and so for 20 years, Ben’s life looked a lot like this on a week-to-week basis:

Friday – You have a few beers.

Saturday – You get all crazy. The rest of the weekend is a blur.

Monday – You feel like crud again, death warmed over, thinking, “What the heck did I do? What did I spend all my money on?” 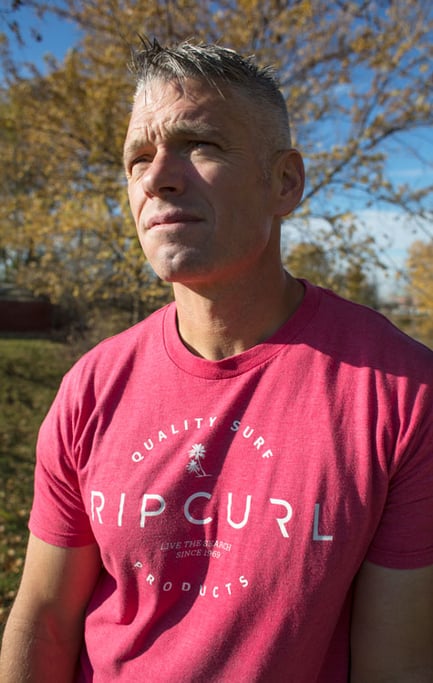 “I had to smoke some pot or drink every single day. I couldn’t make it through without it. I thought I was being tough just because I kept on keeping on. I was going down the road like I used to, but when I look back, I realize I was weak because I was so afraid of change.”

Ben was an alcoholic, like his father before him who was also a veteran. Ben was born shortly after his dad came home from the Vietnam War with a heroin problem. He never asked for, never got, real help. “He ended up drinking himself to death.”

The other problem with asking for help – besides appearing weak – is that you have to admit you have a problem.

“I would basically tell people to shut up. ‘Don’t worry about me. Look, I have a nice car. I have a bunch of toys. Look where I live; I live on the beach. I’m successful. Don’t tell me I have a problem.’ I didn’t want to admit that I was weak or that there was a problem in any way.”

When Ben got out of the Marines, he was offered a job managing nuclear biological chemical defense gear – a prestigious job, an important job, a well-paying job. By all appearances, he was doing extremely well. In the background, his drinking was getting heavier and more out of control until eventually he was stopped on the military base for driving while intoxicated. He lost his job, and after that, everything came crashing down pretty quickly.

He went to live with his sister in Las Vegas, but she had to ask him to leave because of the drinking, so he was in a tiny apartment on the Las Vegas strip – “bored, totally by myself, not eating good, not taking care of myself, really not even hardly exercising anymore, which was something I used to love to do, no social life whatsoever – just me and my old buddy alcohol.

“I remember waking up in that bed and just saying, ‘Man, there is nothing anymore.’ And I just don’t have the strength to do this anymore.”

And God answered. “I remember lying there – not asleep and not awake – but just lying there for like four or five hours…Then, all of a sudden, that door opened up.”

It was Ben’s sister and brother-in-law. They said he needed to go to Spokane to the Union Gospel Mission, and Ben listened. Within 24 hours, he was here.

Two years later, with the recovery program completed, Ben looked back on his earlier understanding of toughness and recognized a problem. 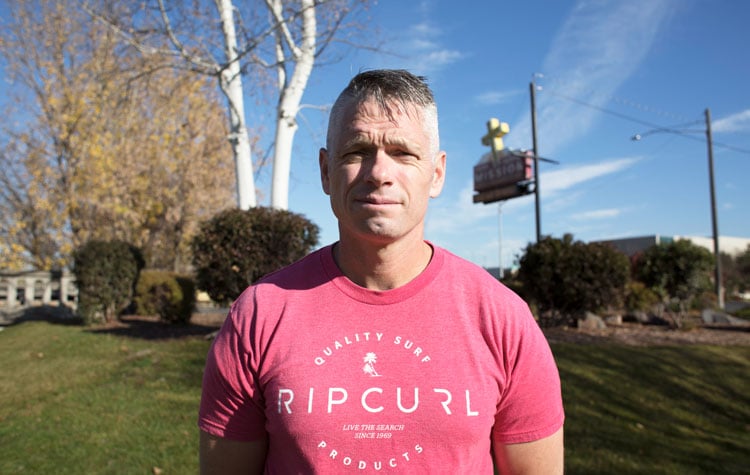 “I never wanted to feel like I was being that weak link. The thing was, with my family, they describe to me now that is what I was – I was dragging them down. My mom is constantly saying I wasn’t carrying my own pack. While I was drinking and stuff, they were so worried about me that they were always checking the jails and stuff. Yeah, I thought I was being tough, but I was really being tough on my family.”

During the course of the recovery program, Ben’s definition of toughness evolved: “If you need help, man, you’ve got to be tough enough to ask for it… Just being brave enough to look at what you’re doing wrong and then make a change. Accepting that you’re doing things the wrong way, which is also a very hard thing to do. Sitting there and saying, you know, I’ve been wasting my life.”

“If you’re really willing to do the work, it’s the hardest work you’ll ever do.” – Jerry Reese, Director, UGM Men's Recovery

“I definitely wasn’t being a strong part of the team any more. I wasn’t contributing to society or anything like that. I was just wasting away, and you know, God put me here for a reason, and now I’m pretty sure that it’s not to sit there and waste away and pollute my brain and get annihilated whenever I’m not at work. I’m here for something else.”

For Ben, finding that “something else” meant going to hard places “to find out what’s causing you to do the things that you do. It’s scary. It’s thing you’ve been avoiding your whole life. You don’t want to go there. You have to be brave enough to do that.

“It’s a fight that I know I can’t win alone. There is no way. I don’t care how tough you are. I can’t do life on my own. And who wants to anyway?”

Like in Ben's case, most of the reasons for things we do are beneath the surface. Download this video by former UGM counselor John Dunne to learn how trauma influences our thoughts and behaviors.

From Victim to Victor: a Story of LIFE Recovery
Loved into New Life: Two Stories of Recovery
Total Surrender: A Requisite for Recovery
Honoring Jerry Reese: An Authentic Man
A Look Inside Men’s Recovery