Christmas turns our thoughts to family, whether it’s kids getting into the “magic of the season” or the contemplation of a special baby laid in a manger.

Specifically, this is a time for moms to shine – or crumble. I’m not a mom, but I see heavy expectations lie upon them in this season to cook, bake, decorate, make and wrap the perfect gifts, provide matching pajamas, or keep up whatever other traditions are sacred to the family. More often than not, all eyes are on Mom.

I saw my own mom. I see my peers and family members. And I see women in Union Gospel Mission shelters. All feel the pressure to provide comfort, cheer, safety and answers to the question, “What do we do now?”

One important mom from this season had an answer: Rejoice. 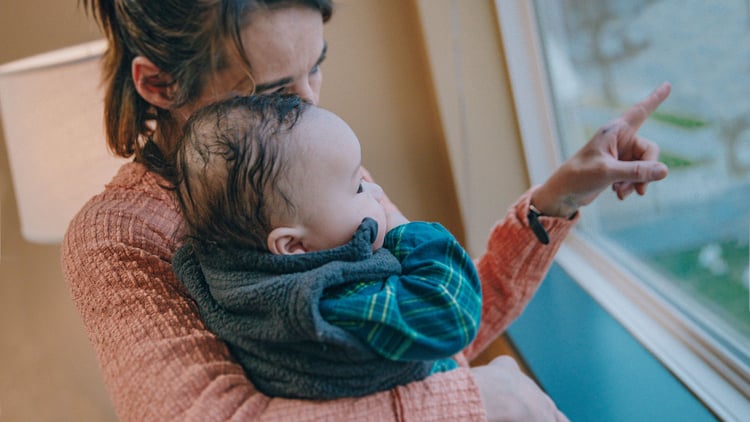 “Magnificat” was one of the first choir pieces I ever sang, under the great conductor Mr. Ferguson. It’s Mary’s song before the birth of Jesus, so named from the Latin for its first words:

My soul magnifies the Lord, and my spirit rejoices in God my Savior, for he has looked on the humble estate of his servant. For behold, from now on all generations will call me blessed; for he who is mighty has done great things for me, and holy is his name. And his mercy is for those who fear him from generation to generation. He has shown strength with his arm; he has scattered the proud in the thoughts of their hearts; he has brought down the mighty from their thrones and exalted those of humble estate; he has filled the hungry with good things, and the rich he has sent away empty. He has helped his servant Israel, in remembrance of his mercy, as he spoke to our fathers, to Abraham and to his offspring forever. (Luke 1:46-55)

This song I learned in high school is indelibly etched in my memory, my first training in Latin pronunciation and choral vowels. Now, I see it as an objectively beautiful piece of music (though 25 years later I can’t seem to track down that arrangement).

But the true beauty of the song of Mary has unfolded before me in the lives of her daughters. I have seen many faithful women embrace the soul-piercing journey of motherhood as she did.

In fact, Mary’s is even more than a mother’s song or a Christmas song. It is the articulate poetry of a grateful heart delighting in God’s goodness, even with a steep and curving road ahead.

“…from now on all generations will call me blessed…”

Peeling back centuries of church reverence toward Mary, we can see a teenage girl whose condition, seen through human eyes, was not enviable. Unexpected pregnancy and its associated rumor mill must have placed her in an awkward and painful position. It’s unlikely that everyone believed her story of how it happened.

But she sang her song through the eyes of faith. She believed what God told her through the angel: The fulfillment of his promise to a sin-cursed world, the hope of His mercy and redemption, would come through this child. Shrugging off human opinions, she knew she was honored by association with this pivotal work of God at the crux of human history.

It was a life-changing, life-consuming honor. Mary would birth, nurse, and raise the child. Her family would live as refugees in Egypt to protect him. She would carry all the concerns of a mother over him for more than 30 years, while pondering in her heart the great significance of who he was.

Mary would pay the human cost of losing her firstborn in the prime of his life. Moreover, she would watch him endure the ultimate public shame and suffering. Simeon’s prophecy to her at Jesus’ temple dedication would come true: “a sword will pierce through your own soul also.”

I’m sure she had occasional doubts that it was all true, all worth it. But I’m sure she also remembered her song.

Mary knew as well as anyone that she was at the low end of the power dynamic in the world. But she rejoiced because she had the favor of the omnipotent God, who seats and removes kings and governments.

Not much has changed. Despite modern messages of women’s empowerment, moms still are not the recognized movers and shakers of the earth. The overall tone of the mommy memes I’ve seen has been an understandable “You’re keeping the kids alive, and that’s success today!” There’s plenty of guilt, but not a lot of clout, in trying to be a good mom.

But I know so many moms who understand God’s economy, where all of the diaper-changing, clutter-clearing, discipline-administering, food-reheating, voice-moderating efforts are the fruits of the Spirit of God. Not one of these acts of humble service goes unseen by the One who matters. 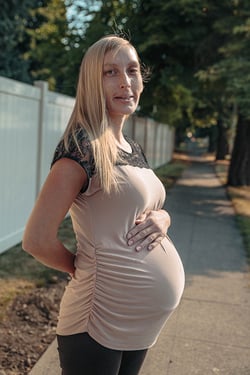 I recently saw a mom with two young children, recently arrived at the UGM Crisis Shelter for Women and Children. During orientation, she fretted over her kids, who were restless in a brand-new place they didn’t fully understand. They looked to her with an unspoken question: “Is everything going to be OK?”

Clearly, Mom wasn’t exactly sure how it would, but she tried to express cheerfulness and confidence. All she could give them was the next step, which was to go to the store next door to pick up a few snacks.

Before they left, she leaned over the check-in desk and whispered a question: Did they have a spare change of clothing she could wear? She had extra clothes for the kids but only what she was wearing for herself. Staff promised to find something her size in the clothing closet.

I can only imagine the mindset in which that mother left whatever situation she was fleeing, a mindset that remembered her children but forgot herself.

Moms, I see so many of you doing this. You take the brunt of the uncertainties. You trust on behalf of the little ones. Despite your own fears, you choose to see the whole of the story, before and beyond this painful moment.

The Lord sees. He knows. He provides. He uses countless avenues, including his people partnering with the Union Gospel Mission, to give hope and help to the vulnerable ones.

“He has helped his servant Israel, in remembrance of his mercy, as he spoke to our fathers…”

Mary understood the plan of God unfolding over the course of human history, over millennia in fact. Already for centuries, faithful Israelites had waited for God to fulfill his promises of a Messiah, a Savior who would remove sin and evil and bring his people to be with him forever. Mary’s assignment was critical in bringing God’s redemption to humankind.

Her response wasn’t “I don’t know if I can handle this,” but “Praise God for keeping his promises!” She took a broad perspective on what was happening and was honored to take her role in the story.

We all love the song “Mary Did You Know,” but I think the title question does her a disservice: Of course she knew who Jesus was. The angel told her! But believing it, and acting on that belief despite pain or opposition, was another story. She, and so many moms after her, chose joy and trust rather than fear and panic.

That’s why the Magnificat is more than a Christmas song, and it isn’t just for moms. I’m OK with my brain playing that one from high school over and over again.

May our souls rejoice with Mary’s over the indescribable gift of God!