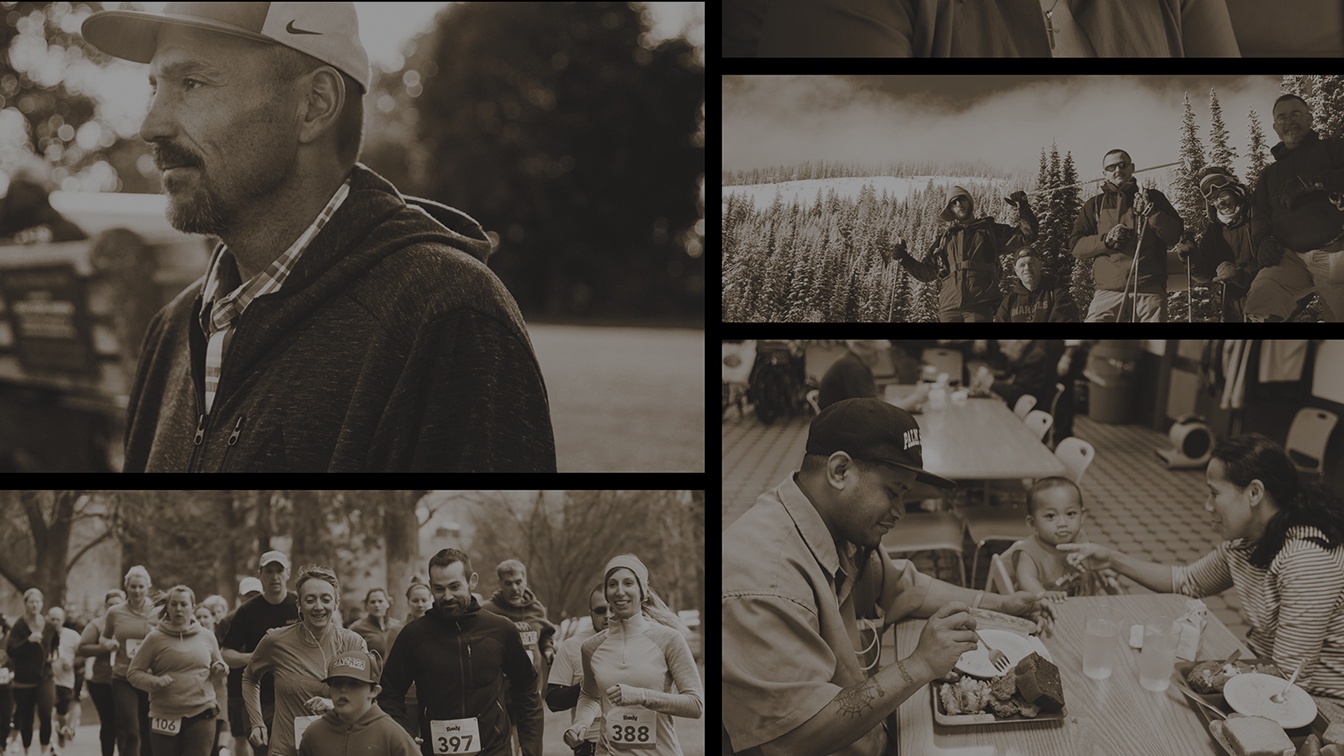 Thousands of individuals, churches and businesses came together to be part of God’s miracles of provision and transformation, big and small, in 2017. Here are just a few of the highlights – including a few bonus items we didn’t have room for in the print edition!

END_OF_DOCUMENT_TOKEN_TO_BE_REPLACED 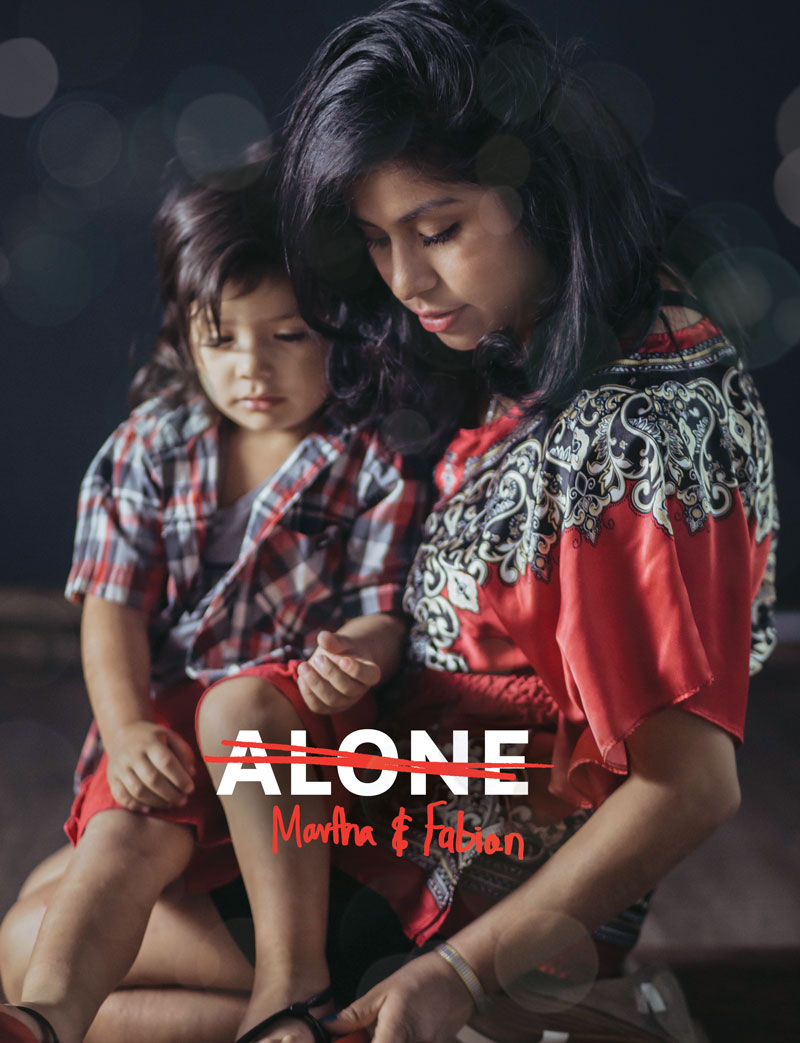 No Longer Alone: Moms and Children

Over the past several years, Union Gospel Mission has seen an increase in the number of young moms with children coming to our shelters.

“Helping young moms in crisis is vastly different than helping single women,” said JoAnn Zajicek, Director at the UGM Center for Women & Children. “You have the abuse, the addiction, the unhealthy coping mechanisms, but you also have women trying to be good mothers when they haven’t been parented well themselves. Sometimes you have children raising children. They desperately want family and, consequently, are often drawn into unhealthy relationships. We have to teach them how to stay present in discomfort, how to do the difficult work of being a single parent without numbing or running away.”

Barely 18 when she came to the Center, Martha is an example of the new face of homelessness.

Growing up without a father, Martha started partying at 13. “It was just my mom raising me and that’s just not the way that God designed it so when we step out of God’s design, then the enemy has so much room to move and destroy and kill and steal. So there were a lot of things stolen from me definitely.

END_OF_DOCUMENT_TOKEN_TO_BE_REPLACED

In the 37 years since he joined the Navy out of high school, Jody Littleford has worked. Hard.

END_OF_DOCUMENT_TOKEN_TO_BE_REPLACED

"I'm going to give my kids a different life. And I get to do that because I chose life over death." - Jocelyne

You may question that statement if you’ve been around homeless shelters and seen the toll addictions take on people’s lives – destroying their bodies, stealing their resources, isolating them from loved ones.

But to get to the root causes of homelessness, UGM recovery counselors have learned to delve down to what’s hiding under the addiction.

END_OF_DOCUMENT_TOKEN_TO_BE_REPLACED 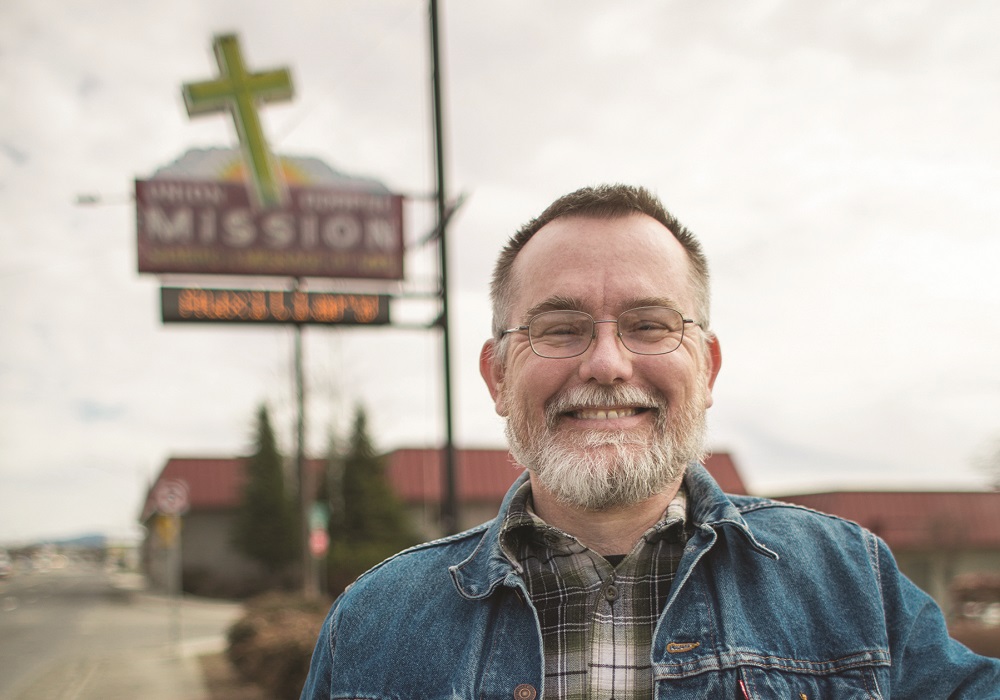 Light for the Path

God’s Word in the Bible, and the wonderful hope of salvation it describes, is a cornerstone of the Union Gospel Mission. It is the lamp of truth by which we can see where we’re going.

For our guests, as for anyone else who decides to follow Jesus, the journey of faith is not generally smooth, comfortable, sunny, straight and obvious. We need a trustworthy lamp in order to navigate it safely.

Recovery residents Rex and Heather both came to faith in Jesus before coming to UGM. But neither of them could handle the problems in their lives, external and internal, without the ongoing help of God’s Word and His people. That’s why He brought them, even against their inclination, to UGM.

END_OF_DOCUMENT_TOKEN_TO_BE_REPLACED 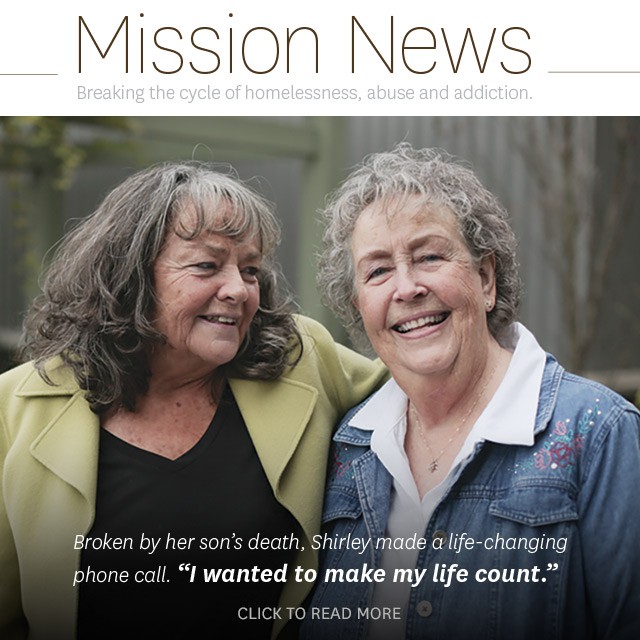 After 25 years working in social services, Ann was exhausted. Raising two sons by herself had taken its toll. After they moved out, she quit her job and found she was alone with a person she didn’t like - herself. “I just stopped ... believing that there was anything left for me to do. I was old and I was a burden.” Unhealed wounds from the past cropped up, dragging her self-worth even lower. She withdrew from friends and family, and her isolation fed a spiral into darkness.

END_OF_DOCUMENT_TOKEN_TO_BE_REPLACED 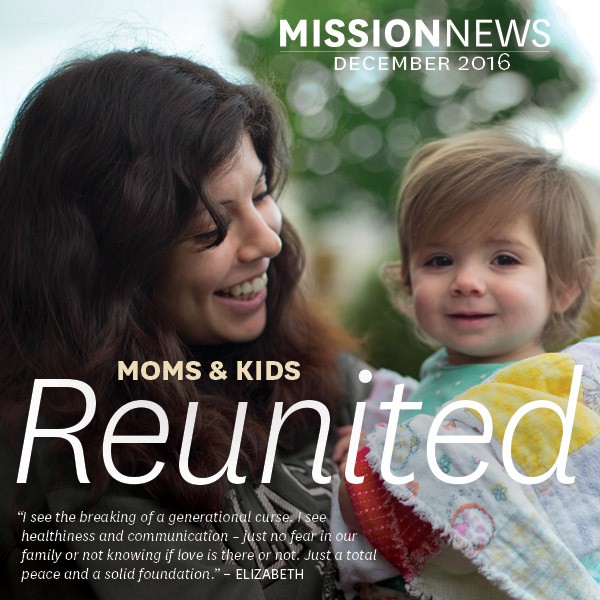 One of the most beautiful extensions of personal healing and recovery is the reunification and restoration of families. Moms get their children back. Children get their moms back.

Addiction creates chaos and instability and affects a mother’s ability to parent. Addicts live in survival mode, often oblivious to their children’s needs and ill-equipped to meet those needs. Children end up neglected, abused or separated from their families of origin.

Elizabeth, a resident in UGM Recovery, explained the dilemma she experienced trying to be a mom to her daughter, Celine, while in her addiction:

END_OF_DOCUMENT_TOKEN_TO_BE_REPLACED 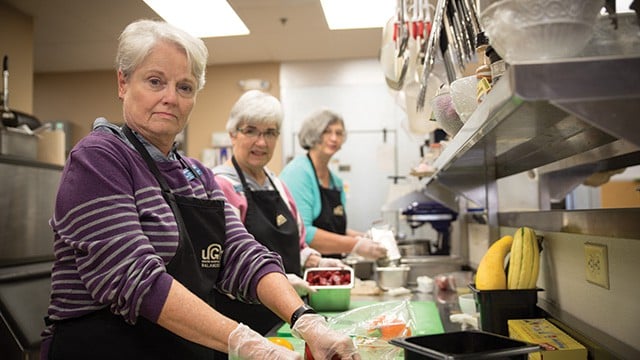 Roberta, Kathi, and Ginger - lovingly referred to by the Center staff as the "faithful team" - earned their nickname because of their dedication to volunteering in the kitchen at the Center for Women and Children every Wednesday.

END_OF_DOCUMENT_TOKEN_TO_BE_REPLACED

It’s easy to look at a homeless person and see only his or her homelessness – the weathered face, the cardboard sign, the worn clothes, the desperation. It’s easy to forget that, first and foremost, he or she is a human being, created in the image of God.

END_OF_DOCUMENT_TOKEN_TO_BE_REPLACED 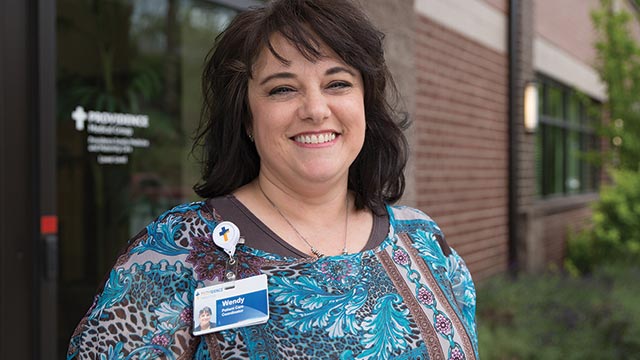 Through partnerships with businesses and the community in general, UGM helps men and women find jobs, jobs that allow them to support themselves, contribute to society and, as much as possible, tap into their gifts and passions. Residents begin to see that work is less about just getting by and more about making a meaningful contribution.

END_OF_DOCUMENT_TOKEN_TO_BE_REPLACED

Rather than outward conformity to a new set of behaviors, UGM LIFE Recovery is about transformation from the inside out. From building healthy relationships to dealing with unwanted thoughts and feelings to finding meaningful employment, recovery that lasts addresses the whole person.

The four men and women featured here want more than sobriety. They recognize the importance of addressing recovery in every area of their lives and plan to continue doing just that.